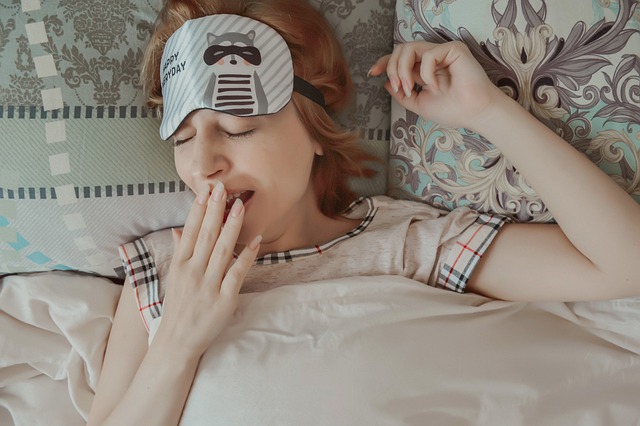 This article will attempt to explain what laziness is and try to penetrate the mystery of its origins.

You’ve probably heard hundreds of times that people are lazy by nature, and it’s true to quite an extent.

Your first reaction when someone doesn’t do the work expected of them is likely to be: ‘What a lazy person!’ Especially, when you can’t find any other reason for them not doing the work.

Yes, humans are generally lazy. Some of us more than the others.

It’s why we want to order food and do banking transactions with the tap of a button. It’s why we invented machines in the first place- to get more done spending less effort. We don’t like to spend effort. We love convenience.

After all, who’d prefer working hard to achieve goals when they can just lie down and relax? Humans are unlikely to be motivated to do anything unless they think it affects their survival- directly or indirectly.

Millions of people wake up in the morning and hate the effort required to mentally prepare themselves for the long workday ahead. No one would work if it wasn’t important for survival.

What is laziness: Evolutionary perspective

For thousands of years, human behavior has been primarily governed by instant rewards and gratification. Our focus as a human race has been- for a long time- on immediate returns.

Our ancestors had to ensure their survival by constantly searching for food and warding off predators.

So they focused on actions that gave them immediate results- here and now. There was hardly any time for long-term planning for the greater part of our evolutionary history.

Fast forward to the present century…

Today, especially in the first world countries, survival is ensured rather easily. We have a lot of time to be lazy and do nothing- and our survival won’t be threatened at all.

You’ll hardly find lazy people in tribes and other native populations whose lifestyle is almost similar to primitive humans with a focus on survival.

Laziness only appeared on the scene of human behavior with technological advancements. These not only made survival easier but allowed us to sort of ‘plan’ for the distant future.

You can’t plan for the future when a grizzly bear is chasing you for your life or when you are in constant search for food.

Because we have evolved to focus on immediate rewards, any behavior that is not instantly rewarding is perceived to be unfruitful.

That’s why laziness is so prevalent in today’s society and seems to have a correlation with the advancements in technology.

For thousands of years, humans did not make long-term plans. It’s a fairly recent evolutionary development.

An early man had a ripped, lean, and muscular body not because he followed a certain workout regimen in a gym but because he had to hunt and defend himself from predators and rivals.

He had to lift heavy stones, climb trees, run and chase beasts for food constantly.

Once humans could ensure their basic survival, they had time to envision the future and make long-term goals.

In short, we’re designed for instant rewards. So how can anyone expect us to wait to achieve our long-term goals? That’s too painful.

These are precisely the reasons so many people lack motivation. Being motivated to pursue long-term goals feels unnatural.

From this angle, it’s easy to understand why self-help and motivation is are booming industries today. Motivational and inspirational quotes get millions of views on YouTube. It belies the persistent lack of motivation characteristic of the human psyche.

Everyone seems in need of motivation today. Early man needed no motivation. Survival, for him, was motivation enough.

Our evolutionary programming aside, there are also some psychological factors that can contribute to one’s laziness. All these create additional obstacles for us when we’re trying to reach our important, long-term goals.

We all different needs based on our personalities and life experiences. When we work to fulfill these needs, we’re endlessly motivated because we’re trying to fill a gap in our psyche.

The best way to ensure that you stick with something for a long time is to be passionate about that thing. That way, even if you exert a lot of effort, you’ll find yourself with renewed energy levels. Thus, laziness may just indicate an utter lack of interest.

Again, because they fill an important psychological gap. How that gap gets created is a whole another story but consider this example:

Person A is desperate to get rich. He comes across a rich investor who told him about his rags to riches story. Person feels inspired and declares he’s interested in or passionate about investing.

It’s a way for him to become his role model.

Of course, this person wouldn’t be interested in something that doesn’t fill this psychological gap.

Self-efficacy means belief in one’s ability to get things done. A lack of self-efficacy may induce laziness because if one doesn’t believe they can finish a task, then why start in the first place?

No one wants to spend energy doing things that one knows one cannot do. Self-efficacy develops when you consistently do seemingly difficult tasks.

However, should you overcome your lack of self-efficacy often, you’ll find that laziness is almost non-existent in your life.

Here’s the trouble: You have a goal that you want to accomplish, you can only accomplish it with planning and persistence.

You know that you have to forget about instant rewards. Despite knowing that, you still find yourself too lazy to do anything. Why?

Sometimes laziness can be a rather clever self-deception trick of your subconscious mind to protect your psychological well-being. Let me explain…

If you have an important long-term goal to attain, but you tried and failed many times, then you may start to feel helpless and lose hope.

You don’t try anymore and think you’re too lazy. Actually, your subconscious mind is trying to convince you you’re lazy instead of letting you admit the fact that you’ve given up on your goal.

Sometimes, out of fear of failure, you might even give an excuse of being lazy when in fact you’re just afraid to attempt something.

Admitting you’ve failed or that you’re afraid can hurt your ego. That’s the last thing your subconscious mind wants- to hurt your ego and disturb your psychological balance (see ego defense mechanisms).

To overcome laziness, you need to get into the habit of chasing long-term goals. Then, you need to ensure that your goals are in line with your interests and purpose. Lastly, make sure you’re not engaging in self-deception.

As far as long-term goals are concerned, if you don’t have enough willpower, you can stick to them if you use your evolutionary programming for your own benefit.

This may include making the long-term goal appear nearer by visualization. Or you can let your reward-hungry brain notice the small, incremental progress that you make on the path of accomplishing your long-term goal.

Whatever you do, the most important thing is to make sure the goal is important enough for you. When you have a strong why to do something, you’ll eventually find the how.