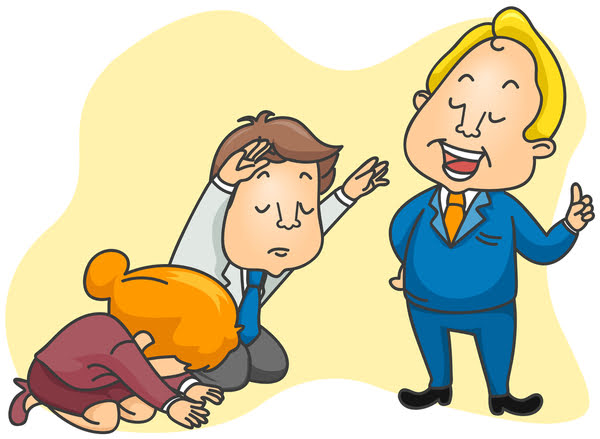 A know-it-all person is someone who thinks they know it all. They have strong opinions on almost everything and believe they’re right all the time. This behavior is annoying to others because a know-it-all is unreceptive to others’ viewpoints.

Another reason know-it-all people are annoying, especially to those who do know a lot, is that no one can really know it all. Knowledge keeps emerging and evolving, so there’s no ‘all’ out there to know. You can only increase your knowledge, but you can never know it all.

Characteristics of a know-it-all person

Below, I’ve listed the common signs of a know-it-all person. If you notice most of these traits in someone, they’re likely to be a know-it-all.

Be it due to birth order or how they were raised, a know-it-all person may have gotten used to being the center of attention. By dispensing their knowledge at the drop of a hat, they get a chance to be in the spotlight.

Superiority complex is the hallmark of narcissism. A know-it-all person is more covert in their narcissism. They hide it behind a trait that society values- being knowledgeable.

The impulse to jump into conversations and inject their knowledge can be overwhelming for a know-it-all. They lack the self-control required to be patient and let others express their viewpoint.

5. They can’t read the room

They’re so busy proving their superiority that they miss out on the non-verbal signals other people give. Mainly, they’ll miss the facial expressions of annoyance in others. As a result, they’re unaware that they’re being annoying.

6. Their ego is tied to their knowledge

A know-it-all person may have built their entire identity around their knowledge. For instance, they may be a scholar or a professor. When you strongly identify with something, you inevitably attach your ego to it.

When that happens, you no longer gain knowledge for knowledge’s sake but to appear knowledgeable.

This is usually the case for newbies when they first get into a field. They gain some knowledge and think that’s all there is to know.

Known as the Dunning-Kruger effect, their lack of awareness that there’s more to know makes them think they know everything there’s to know.

Since talking is a way to show how knowledgeable you are, a know-it-all doesn’t miss an opportunity to talk. They jump into conversations and dish out their opinions even when nobody asks them to do so.

They have poor listening skills because listening means taking a break from dispensing knowledge and learning.

9. They’re overly attached to their opinions

This wouldn’t be the case if their ego weren’t attached to their opinions. But it is, so they’re unwilling to change their views, even with contrary evidence.

They try to dominate every conversation. They hardly let others speak because they have to do the important work of proving their knowledge. They’ll interrupt and change topics as they please.

11. They offer unsolicited advice and help

Unsolicited advice is always annoying, but because a know-it-all person ignores social feedback, they keep offering it. They care more about being the superior person who can help versus actually helping.

So, their advice is often irrelevant and worthless. They’ll repeat generic advice they heard somewhere without bothering about the details and if it’s applicable to the recipient’s specific situation.

12. They show off their knowledge

People usually show off what they identify with. There’s nothing wrong with identifying with your knowledge, but a know-it-all overdoes it. Again, it’s because their entire identity rests on the foundation of being knowledgeable. They’ve nothing else to brag about.

13. They fish for arguments

A know-it-all person finds discussions and regular conversations boring. They thrive on arguments. They argue to win and prove themselves superior knowledge-wise versus finding the best possible solution or truth.

They seem to have a knack to turn even the slightest disagreement into an argument.

It’s normal for humans to feel a bit uncomfortable when someone disagrees with them. But for a know-it-all, disagreement is akin to a personal attack. When you disagree with them, they immediately think of you as the enemy they need to defeat, kickstarting an argument.

To a know-it-all, people who know more than them are a massive threat to their ego. So are other know-it-all people. They avoid engaging with these people lest they’re exposed for not knowing as much as they claim to know.

16. They hate those who prove them wrong

Nobody likes being proven wrong but a know-it-all loathes it and the person who does it. You haven’t led them to light if you correct a know-it-all or show them they’re mistaken; you’ve destroyed their world. They’ll despise you for taking away their primary or only ego-boosting source.

17. They can’t admit their mistakes

Admitting mistakes and failures would mean they know less. Instead, they prefer blaming others for their mistakes.

They’re quick to label those who disagree with them ‘stupid’ or ‘ignorant’.

They don’t like being corrected, but they like correcting others. There’s no harm in correcting others when they’re wrong, but a know-it-all person does it in a condescending and socially inappropriate way.

They’ll laugh with a superior tone and act as if you’re so dumb for making the mistake you did. They’ll publicly point out your failings because they want to humiliate you more than correct you.

You feel like you can’t teach a know-it-all person anything because they’re so averse to learning. Being teachable would mean they don’t know it all, and it’s hard for them to be in that position.

Realistically speaking, you can’t become an expert in more than two areas, let alone be an expert on everything. A know-it-all person will give an opinion on subjects and topics they have no business giving opinions on.

They won’t stay in their lane and will pontificate on whatever’s trending. In addition, they disregard the opinions of actual experts who have dedicated years to studying an area.

22. They answer their own questions

It’s weird, annoying, and funny at the same time. They’ll ask you a question and answer it themselves because they’re not really questioning you to hear your answer. They’re questioning to give themselves a chance to show off their knowledge.

A know-it-all person rambles on and on because it gives them a chance to show the breadth and depth of their knowledge. They’ll touch on unrelated topics in their ramblings to prove they know a lot.

Rambling and using big words helps a know-it-all person come across as a deep thinker. It also helps them dominate the conversation. You deny the other party a chance to speak when you ramble.

Some of them do think deeply but not clearly. When you listen to them, you feel like you learned a lot but nothing substantial at the same time.