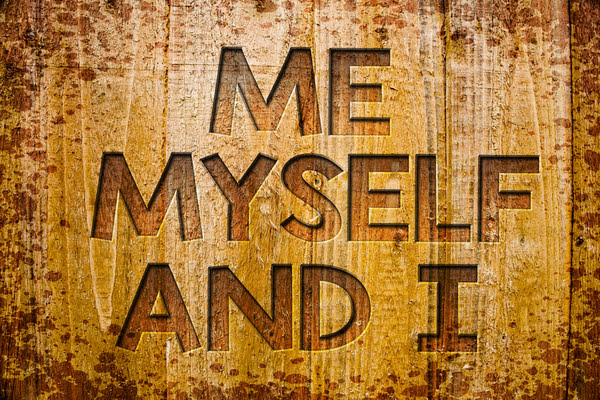 Narcissists are people with an exaggerated sense of self-importance. They’re hungry for praise, attention, and admiration. Narcissistic traits include:

Narcissism can be overt or covert (also called vulnerable narcissism). Overt narcissists tend to be extroverts who express their exaggerated sense of self-importance outwardly.

They’re loud, attention-seeking, arrogant, dismissive of other people’s needs, and always hungry for praise. You can easily detect an overt narcissist in a room.

Covert narcissists have the same goal of self-aggrandization and seeking admiration, but they’re subtle about achieving this goal. They come across as likable and reserved. They tend to be withdrawn, shy and introverted.1

Why are there covert narcissists?

At the root of narcissism is a fragile sense of self. A narcissist has unclear values and fluctuating self-esteem. Their self-esteem is overly dependent on the admiration of others.

Children tend to have narcissistic tendencies. When they grow up, they develop a stable identity if they undergo healthy psychological development. Narcissists miss this phase of developing a secure and stable identity.

Thus, narcissists are children trapped in adult bodies. They get enraged and throw childish tantrums when they don’t get what they want.2

Narcissists share their selfishness and lack of empathy with psychopaths. Hence, many psychopaths are also narcissists.

Overt narcissism, being easily detectable, is costly. Most people will not tolerate overt narcissists for long. They get kicked out of jobs and relationships pretty soon unless they’re in positions of power.

Covert narcissists fly under the radar, and before they’re detected, they’ve probably already done the damage.

Besides introversion and having a withdrawn temperament, social adeptness and intelligence may also contribute to covert narcissism. Covert narcissists know that overt narcissism has its downsides, which they minimize by taking a covert route to narcissism.

However, if you find that most of these behaviors fit you or someone you know, there’s cause for concern.

For example, they’ll dish out a backhanded compliment like:

“You don’t look fat in that dress.” (But in every other dress)

Or they’ll hurl a hurtful joke at you and then say:

“I was only joking. Why are you taking it seriously?”

Covert narcissists won’t directly tell you that you’re worthless and they’re superior to you. They’ll convey their lack of regard for you in other ways.

For example, they’ll show up late for meetings or respond late to your texts, conveying their lack of respect for you and your time.

This is another sneaky passive-aggressive behavior. If you ask a covert narcissist to do something for you, they’ll ‘forget’ to do it.

Since they’re selfish and only care about themselves, they don’t really want to help you. But they know they can’t directly refuse you. So, they passively disobey you with their deliberate forgetting.

When they do something wrong to cater to their selfishness, they apologize, not to mend the relationship but to keep their partner. They don’t genuinely regret what they did.

4. They’re obsessed with their reputation

They’re attracted to professions that will help them win the respect and admiration of people, such as Medicine, Priesthood, and Teaching. They make a big show of their considerable contributions to charity.

Covert narcissists are so preoccupied with themselves that they can’t be genuinely interested in anyone else. The people they do seem to be interested in are their supplies who feed their narcissism by praising and admiring them.

They’ll ask you questions about you but not really listen to your answers because they see the interaction only in terms of superiority and inferiority. They’ll frequently interrupt you to toot their own horn, breaking the flow of conversation.

They have a win-lose mentality. They believe that if they give, they’re losing something.

Even when you’re sick and need care, a covert narcissist will care for you, but they’ll resent it. And you’ll sense it in their nonverbal communication.

They want to prove to themselves and to the world that they’re better than everyone else. Their high competitiveness makes them sensitive to loss and failure.

Unlike an overt narcissist who’ll get mad and launch a tirade upon losing, a covert narcissist will simply refuse to play. If they lose 100 games, they’ll play game 101 just to win and never play again after attaining the superior position.

They gloat at the misery of others because they’re always competing. They can’t drop their competitiveness for one minute and empathize with suffering people.

They either have no core values that they stick to, or their values keep changing.

“Wait!”, you might be wondering, “If they have an exaggerated sense of self-importance, why would they ever devalue themselves?”

Well, they do it to fish for compliments. When you devalue yourself, sympathetic people are likely to praise you to reassure you.

They’ll be good at something but pretend they suck at it. They’ll deny their good qualities. This false humility makes them look great when they do moderately well in what they were supposedly bad at.

Or they’ll criticize those who show off but do the same when they get a chance. The goal of showing superiority remains the same. Only the tactics change as per convenience.

11. They can’t take jokes and criticism

They’re okay with cracking jokes, as long as the joke is not on them. Also, they don’t like it if anyone else is cracking the joke because it takes their attention away.

12. They have a Messiah complex

They tend to think they’re the saviors of humanity. They’ll attach themselves to a cause that’s meaningful to them but looks meaningless to an outside observer.

They may create a crisis where there is none so they can be the saviors and save people from non-existent trouble.