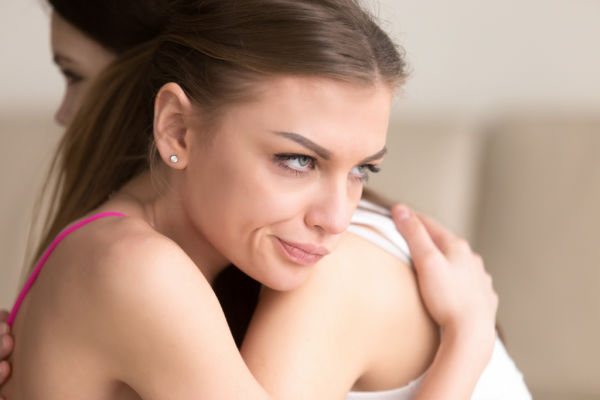 Resentment occurs when we believe someone close to us has intentionally harmed us. When we’re wronged, we feel angry in the moment. Anger is an emotion that tells us that our rights have been violated. That is, the other person has incurred significant costs upon us.

When we suppress our anger in the moment for whatever reason, it can get carried over into the future, turning into resentment. Resentment is nothing but lingering anger.

For example, a child who’s abused by a parent cannot express anger in the moment for fear of further abuse, punishment, or being abandoned. Therefore, such childhood trauma is likely to lead to deep and lasting feelings of resentment toward the parent.

When we feel resentment, we re-play the negative past event in our minds over and over, intensifying the bad feelings associated with resentment. People who feel resentment spend a considerable mental energy being resentful.

Hence, they want to know how to let go of resentment so they can unburden themselves. It can be done but needs to be done appropriately. What you need first is a proper understanding of how resentment works.

As with many other things in human psychology, it all starts with humans being a social species. We expect people in our social circle, be it our family members, friends, or colleagues, to meet our important needs.

When they fail to meet our needs, we become angry. The thing with anger is that it’s an ephemeral emotion. It comes and goes. It motivates one to take action in the moment. Therefore, anger can only help us deal with social harm in the here and now.

But human relationships tend to be lasting. A person close to us who intentionally wronged us now may also wrong us in the future, simply because they have greater access to us.

The mind needed a mechanism to hold on to the anger so that we could guard ourselves from the person who could also harm us in the future. Resentment serves this purpose effectively.

Resentment lets us hold on to anger so we can be leery of people in our social circle who’ve harmed us once and can harm us again. If we had no such mechanism, people close to us could’ve easily exploit us over and over.

Resentment is strongest toward people who’re closest to us because they have the power to harm us for as long as our relationship with them lasts.

Compare this to when someone you’re not going to interact with in the future harms you.

For instance, when a stranger cuts you off while you’re driving, you get angry but not resentful. You might swear at them, show them the finger, and be done with it. There’s no reason to hold on to the anger. You’ll probably never see them again.

The key thing about resentment is that it only develops when we believe that the other person has intentionally harmed us. When people intentionally harm us, they’re likely to repeat that behavior in the future because intentions tend to be stable.

When people harm us unintentionally, we don’t need to worry about that too much since such mistakes and accidents are one-off. Intentionality is the fuel to the fire of resentment.

Why resentment feels bad and burdensome

Resentment consumes significant amounts of mental energy for a good reason- to protect you from future social harm.

As with other negative emotions, the main problem people have with resentment is their perception of resentment. They think resentment is bad just because it’s burdensome and painful. They don’t see the purpose it serves.

This is why you come across ridiculous advice for letting go of resentment such as:

When their perception of resentment changes and they understand its purpose, that itself can make resentment much less burdensome. They can now stop fighting against it so hard.

Besides understanding the purpose of resentment, following are the things you can do to let go of resentment:

As mentioned earlier, resentment is often unexpressed anger. You couldn’t let out your anger in the moment so you developed resentment. But you can always let your anger out later.

Expressing your resentment to the person you’re resentful of is the healthiest way to deal with resentment for several reasons:

2. Be aware of your biases

A person may have been constantly rude to you, but one friendly gesture from them makes you re-evaluate where you stand with them. It pushes you into thinking that maybe they’re not that bad after all.

Similarly, a person may have done you a lot of good, but you only focus on what they didn’t do or what they did wrong. You’re quick to label them an enemy just because they did this one thing wrong.

Another bias we have is called the fundamental attribution error, i.e. we’re quick to attribute a person’s behavior to their intention, ignoring situational factors.

Ask yourself if your resentment is warranted and if it is, express it to the person as soon as possible so you don’t have to carry it around.

3. Give yourself closure (Declare them an enemy)

Sometimes, it may not be possible to express your resentment. For example, you may be resentful toward your ex whom you’re no longer in touch with.

If you don’t give your mind closure, you’ll keep carrying the resentment. You can’t rationally convince your mind that:

“Hey, I’m no longer with her. She can’t harm me again. So be done with the resentment already.”

Especially if you haven’t moved on and still have a tinge of hope that you’ll be together again. In fact, still being resentful of your ex is the surest sign that you haven’t completely moved on. Their ghost still lingers in your social circle.

In such situations, you can give yourself closure by noting down the lessons learned from the experience. Think of the reasons you broke up with them. Basically, convince your mind that your ex was an enemy, unworthy of your social circle.

This works because your mind only thinks in terms of friends and enemies. When you’re resentful of your ex, you’ve still classified them as a friend- a part of your circle. When you give your mind good reasons why they were an enemy, your mind ejects their ghost from your social circle.

4. Frame your expectations as unreasonable

Being selfish, people often place unreasonable expectations on others without realizing it. When these expectations aren’t met, they declare that they’ve been harmed.

Therefore, resentment not only stems from direct harm that others inflict on us, but also when others don’t do what we expect them to do or don’t do enough. Often, but not always, these expectations and demands are unreasonable.

If you can identify such unreasonable expectations that led to your resentment, you can finally heal.

A common advice given to people who’re resentful is:

Forgiveness can’t happen in a vacuum. You can’t just wake up one morning and decide to forgive everyone you resent.

For forgiveness to happen, the other person has to accept responsibility for their actions if they did indeed harm you. They have to accept they harmed you and promise they’ll not repeat it again.

Since the purpose of resentment is to guard you against future harm, their promise that they won’t repeat it works like a charm. It’s like adding water to fire.

Resentment no longer rents space in your mind because it’s no longer needed.