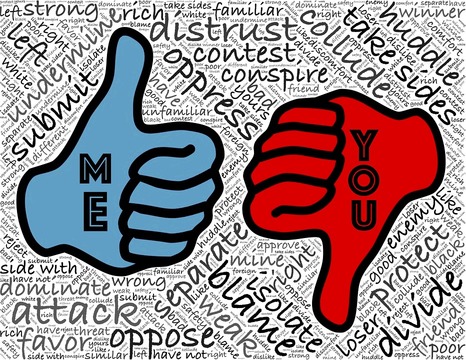 Why are some people so selfish? Is selfishness a virtue or a vice? Is it good or is it evil?

If you’re ambivalent about selfishness then you’re not alone. Selfishness has baffled philosophers and social scientists- many of whom have endlessly debated whether or not selfishness is a good thing.

The main reason why selfishness has befuddled many is the dualistic nature of the human mind i.e. the tendency to think only in terms of opposites. Good and bad, virtue and vice, up and down, far and near, big and small, and so on.

Selfishness, like many other concepts, is way too broad to be fitted into two extremes.

In this post, we explore the trait of selfishness, the psychological reasons that can motivate a person to be selfish, and the ways of dealing with a selfish person.

Whom can we call selfish?

A selfish person is one who puts their own needs first. They’re primarily concerned with themselves and seek only those activities that fulfill their own desires and wants. Anything wrong with that? I don’t think so.

Going by that definition, we’re all selfish in one way or the other. All of us want to do things that are ultimately for our own good and well-being. This type of selfishness is good and desirable.

So far so good. The problem arises when we do things for ourselves and at the same time ignore the needs of those around us or when we fulfill our needs at the expense of others.

When you make life difficult for others to meet your own ends, then that kind of selfishness is the selfishness that you’d like to avoid.

We’re both selfish and altruistic

Thanks to our dualistic mind, we tend to think of people as either selfish or altruistic. The truth is- we’re all selfish as well as altruistic. Both these drives exist in our psyche.

Selfishness allowed our ancestors to gather resources for themselves and survive. Since humans evolved in tribes, being an altruistic member of the tribe contributed to the well-being of the whole tribe, as well as the altruistic individual.

While the tendency to be selfish is innate, in this post we look at some of the more proximal causes of selfishness.

What makes a person selfish?

A person who holds on to his resources and doesn’t give it to the needy can be considered a selfish person. This is the type of selfishness that we commonly refer to when we say that someone is selfish.

The biggest reason is that selfish people tend to think they don’t have enough, even if they do. A selfish person, therefore, is also likely to be stingy. This insecurity of not having enough motivates a person to hold on to their resources and not share them.

Another reason why people are selfish is that they have a fear of losing control. If someone has many needs and goals, then they overvalue their resources because they think that these resources are going to help them reach their goals.

For example, a student who doesn’t share his study notes with others is usually the one who has high academic goals.

To him, sharing notes could mean losing an important resource that could help him reach his goal. And not being able to reach your goals is a recipe for a feeling of loss of control over your life.

In other cases, the way a person was raised can also make them act in selfish ways. The only child or the child whose every demand was met by his parents (spoilt child) learns to take as much as he can and give very little back.

Such children learn to care only for their needs with little empathy or consideration for others. As children, we were all like that to some extent but, gradually, we began to learn that other people have emotions too and so developed empathy.

Some people never learn empathy and therefore remain selfish, just like when they were kids.

Dealing with a selfish person

Why are they being selfish?
What are they feeling so insecure about?
Am I making unrealistic demands of them?
Are they in a position to meet my demands?

We are often quick to label someone ‘selfish’ instead of admitting that we failed to persuade them or that our demands are unreasonable.

But what if they are really being selfish and you’re not just falsely labeling them?

Well then, help them get rid of their insecurity. Show them that they’re not going to lose anything by giving you what you want.

Or, better yet, show them how they may benefit by helping you in case there’s a possibility of a win-win situation.

Check how selfish you are by taking our selfishness test.