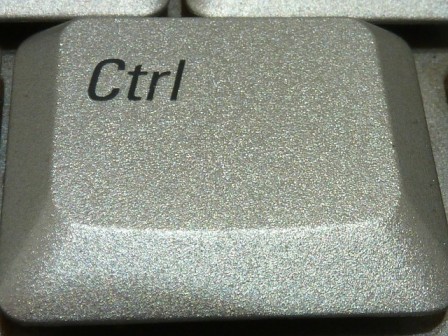 Why are some people overly controlling?
What causes someone to be a control freak?

This article will explore the psychology of controlling people, how fear makes people controlling, and how the behavior of control freaks might change. But first, I want to introduce you to Angela.

Angela’s mother was a total control freak. It seemed like she wanted to control every aspect of Angela’s life.

She asked about Angela’s whereabouts all the time, chaperoned her whenever she could, and interfered in her major life decisions. On top of it, she had this annoying habit of occasionally moving things around in Angela’s room.

Angela realized this behavior wasn’t just care. Far from feeling being cared for, she felt hr basic rights were being trampled on.

An extreme behavior often satisfies an extreme, underlying need. When people push themselves strongly in one direction, it’s because they’re being pulled by something in the opposite direction.

Control freaks have a strong need to control others because they believe they lack control themselves. So excessive need to control means the person is lacking control somehow in their own life.

Now ‘lack of control’ is a very broad phrase. It includes every possible aspect of life that a person may want to control but find that they don’t, or can’t. But the general rule stays constant- a person will only turn into a control freak if they think they lack control over any aspect of their life.

Anything that a person is unable to control in their life can induce feelings of lacking control. These feelings motivate them to regain control over that apparently uncontrollable thing. That’s totally fine because that’s exactly how many emotions are designed to work- signaling us that some need needs to be met.

Instead of regaining control over the thing they lost control over in the first place, some people try to regain control over other irrelevant areas of their lives.

For instance, if a person feels they lack control in their job, instead of regaining control in their work-life, they might try to regain it by moving furniture or interfering unhealthily in their kids’ lives.

The default tendency of the human mind is to seek the shortest and easiest path to reach a goal.

After all, to regain feelings of control, it’s much easier to move furniture or shout at kids than to face the major life problem and work through it.

We like to control things that have the potential of causing us harm because by controlling that thing we can prevent it from harming us.

A girl who’s afraid that her boyfriend will dump her may try to overly control his life by constantly checking in on him. She does this to convince herself that he’s still with her.

Similarly, a husband who fears his wife will cheat on him might become controlling. Parents who fear their teenaged son is at risk of being negatively influenced by friends might control him by imposing restrictions.

In the above cases, it’s clear that the goal of trying to control others is to prevent harm for oneself or for loved ones.

However, there’s another sneaky, fear-related factor that can turn a person into a control freak.

The fear of being controlled

Oddly enough, those who fear being controlled by others may end up becoming control freaks themselves. The logic here is the same- pain or harm avoidance. When we’re afraid that people are trying to control us, we may try to control them to prevent them from controlling us.

By controlling people around them, control freaks can rest assured no one would ever dare to control them. After all, it’s hard to even think of controlling someone when you’re already under their control.

Like many other personality traits, being a control freak isn’t something you’re stuck with. As always, understanding the reasons behind one’s controlling behavior is the first step to overcoming it.

People are likely to become controlling after a major life event induces feelings of lack of control in them. For example, switching careers, moving to a new country, going through a divorce, etc.

New life events that restore their sense of control tend to naturally appease their controlling behavior over time.

For example, a person who initially felt without control in a new job might cease to be a control freak when they start to feel comfortable at their new workplace.

However, people in whom being a control freak is a dominant personality trait are like that because of childhood experiences.

For instance, if a girl felt sidelined since childhood and had no say whatsoever in important family matters, she might grow up to become a controlling woman. She turns into a control freak just to make up for the subconsciously-held feelings of not being in control.

Since the need was shaped in childhood, it’s deeply ingrained in her psyche and it might be difficult for her to overcome this behavior. Unless, of course, she becomes conscious of what she’s doing and why she’s doing it.