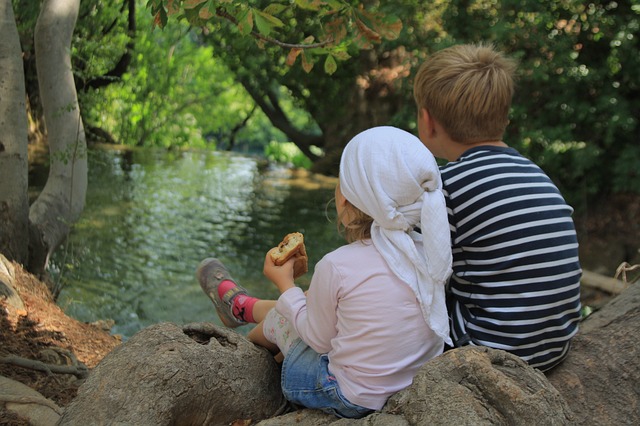 Birth order is one of the strongest factors that influence the type of personality traits we develop. Birth order means the position that we hold among our siblings in accordance with the time of our birth.

You might be, for example, the first-born (eldest child), the second-born (middle child), the last-born (youngest child) or the only child of your parents.

Personality is largely shaped by our past experiences, especially the core beliefs that we form in our early childhood. As a result of those experiences, we develop certain needs and we unconsciously work on satisfying those needs throughout our adult life.

Birth order determines largely what sort of core beliefs we acquire and therefore what sort of personality we have.

The effect of birth order is most visible in a family having three siblings- the eldest, the middle and the youngest child.

The eldest child learns to take care of his younger siblings at an early age and therefore develops good leadership skills. He is a natural care-taker and likes to take up responsibility.

In a relationship, the eldest child often feels that his partner is going to cheat on him and prefer someone else over him just like his parents preferred his younger siblings.

He finds himself surrounded by more capable adults and elder siblings who can do a lot of things that he can’t. This makes him very competitive and ambitious. That’s why he usually ends up becoming more successful than his elder siblings.

Since he gets showered with a lot of attention and is often pampered and spoiled, he may become an impatient risk-taker because he learned to do whatever it takes to get whatever he wants as urgently as possible.

Because of his need for attention, he develops a good social interest and is often a charming person. In a relationship, he can be very demanding because he is basically expecting his relationship partner to shower him with the same attention and care that he got used to in his earlier life.

Since he receives the least attention, he feels that he is unloved and therefore may lack self-esteem because of believing that he isn’t worthy enough to receive attention.

This might turn him into a shy and socially withdrawn person because of believing that others will ignore him just as his parents did (unintentionally, of course). In a relationship, he might always question the love of his partner because deep inside, he feels unloved.

The only child does not have anyone to compete with for attention and therefore receives all of it. He might become a showy adult in order to maintain this attention. Since he spends most of his time with adults, he develops important life skills quickly and matures early.

This instils in him a healthy level of natural self-confidence. He finds himself alone most of the time and so develops a good ability to enjoy alone time.

In a relationship, an only child is looking for someone who can provide him with the same amount of attention that his parents did.

Personality is much more complex

Of course, by now you might have come up with many examples of people who don’t display the traits that their birth order presumably assigns to them. That’s because personality is a result of many, many factors that come together to shape our behaviour and birth order is just one (but a strong one) factor among them.

You have to consider the parenting style, the coping style of the child and many other variables before you can understand someone’s personality more deeply.

For example, a middle child lacks self-esteem if we only take birth order into consideration. Considering the parenting style also, what do you think will happen if his parents never neglect him and give him his due of attention?

Of course, he won’t be lacking self-esteem as an adult and won’t feel unloved in any way.