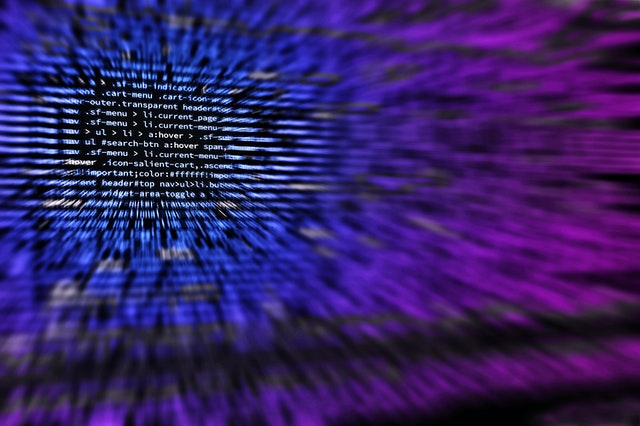 Your belief systems that have a major impact on your thoughts and actions are like subconscious programs. If your level of awareness isn’t high, you probably don’t even know they exist, let alone how they’re influencing you.

Even if you know nothing about psychology and human behavior, understanding the concept of a belief system will enable you to grasp the very essence of mind mechanics.

A belief system is a set of beliefs that are stored in our subconscious mind. Beliefs are the most important factors that shape our behavior.

Think of the subconscious as a repository for all the data, all the information you ever got exposed to in your life.

This information includes all your past memories, experiences, and ideas. Now, what does the subconscious mind do with all this data? Obviously, there has to be some purpose behind it.

Your subconscious mind uses all this information to form beliefs and then stores those beliefs. We can liken these beliefs to computer software programs that determine how the computer will operate.

Similarly, the beliefs that are stored in your subconscious mind determine to a great extent how you will operate (i.e. behave) in various life situations. So, what exactly are these beliefs?

For instance, if a person believes that he is confident, we can say that he has the belief “I am confident” stored somewhere in his subconscious mind. How do you think such a guy would behave? Of course, he will behave confidently.

Thing is, we always act in ways consistent with our belief systems. Since beliefs are powerful in shaping our behaviors, it makes sense to understand how they get formed.

How beliefs are formed

To understand how beliefs get formed, imagine your subconscious mind to be a garden, then your beliefs are the plants that grow in that garden. A belief gets formed in the subconscious mind in the same way as a plant grows in a garden.

First, to grow a plant, we sow a seed in the soil. To do that, you have to dig the soil so that the seed is placed in its proper position inside the soil. This seed is the idea, any idea that you get exposed to.

For example, if a teacher told you “you are stupid”, it’s an example of a seed. The soil on the ground surface is your conscious mind that filters information to decide what to accept and what to reject.

It decides which ideas can pass on into the subconscious mind and which can’t. It acts as a sort of gatekeeper.

If the conscious filters are turned off or removed (digging the soil), the idea (seed) penetrates into the subconscious (deeper soil). There, it gets stored as a belief.

The conscious filters may be turned off or bypassed by:

Receiving ideas from trusted sources or authority figures such as parents, friends, teachers, etc. make you turn off your conscious filters and their messages seep into your subconscious. These messages then turn into beliefs.

Try understanding it like this- your mind wants to be efficient and save energy. Therefore, it avoids the hectic task of processing any info that comes from a trusted source just because it trusts the source. So it’s like “Why bother analyzing and filtering it?”

When you’re exposed to an idea repeatedly, the conscious mind gets ‘tired’ of filtering the same information again and again. Eventually, it decides that filtering may not be required for this idea at all.

As a result, the idea leaks into your subconscious mind if you get exposed to it enough number of times, where it turns into a belief.

Continuing the above analogy, if your teacher (trusted source) called you stupid (an idea) again and again (repetition), you form a belief that you’re stupid. Sounds ridiculous, doesn’t it? It gets worse from here on out.

After the seed is sown, it grows into a plant, a small plant. If you water it, it will grow bigger and bigger. Once a belief gets formed in the subconscious mind, it tries to hold on to it as tightly as it can.

This is done by finding pieces of evidence to support this belief, which makes the belief stronger and stronger. Just as a plant requires water to grow. So how does the subconscious mind water its beliefs?

Once you start believing that you are stupid, you behave more and more like a stupid person because we always tend to act according to our belief system.

As your subconscious is continually recording your life experiences, it will register your stupid act as ‘evidence’ that you are stupid- to match its pre-existing belief. It will ignore everything else.

This means that even if you did something smart, your subconscious mind will turn a blind eye to it. Thanks to the presence of a stronger contradicting belief (“you are stupid”).

It will go on collecting more ‘pieces of evidence’- false and real- making the belief stronger and stronger…forming a vicious self-reinforcing cycle.

Breaking the cycle: How to change your beliefs

“Am I really that stupid?”
“Haven’t I ever done anything smart?”

Once you start questioning your beliefs, they will start to shake. Next step would be to perform actions that prove to your subconscious mind that the belief that it is holding on to is wrong.

Remember, actions are the most powerful ways to reprogram the subconscious mind. Nothing works better.

Once you give your subconscious mind enough proof of your smartness, it’ll have no other option but to ditch its previously held belief that you aren’t smart.

Okay, so now you are starting to believe that you are actually smart. The more pieces of evidence you provide (watering the plant) to strengthen this new belief, the weaker its contradictory belief will become, ultimately disappearing.

How easily a belief can change depends on how long the subconscious mind has been holding on to that belief.

Our childhood beliefs that we’ve been holding on to for long are harder to alter compared to those we form later in life. It’s easier to uproot a plant than a tree.

What kinds of plants are growing in the garden of your mind?

Who planted them and do you want them there?

If not, start planting the ones you want.