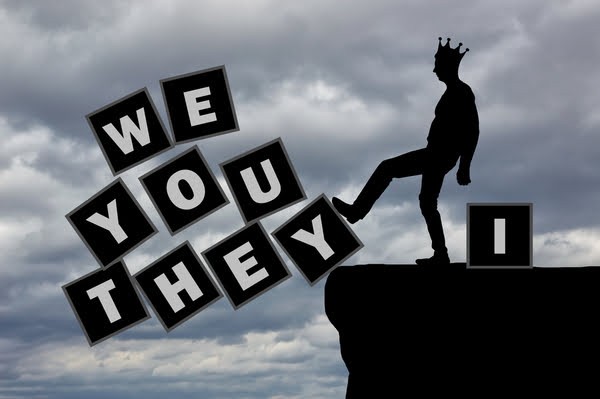 Humans are programmed to be selfish, so they can gain access to resources and ensure their survival. Some are more selfish than others to the point that they ruin their relationships.

They become a nuisance to be with and everyone tries to avoid them.

While women can be selfish, too, it’s primarily men who tend to have selfish traits. Selfishness is the defining characteristic of narcissists and psychopaths, most of whom are men.

A selfish person only cares about their own needs and disregards the needs of others- even of people close to them. In this article, we’ll go over the common traits of a selfish man regardless of what relationship role he’s in – boyfriend, husband, father, friend, or brother.

Traits of a selfish man

If you see most of the following traits in a man, you can safely conclude he’s selfish:

The most defining trait of narcissistic and psychopathic men is a lack of empathy. Selfish men care only about their own needs and ignore the needs of others. They’re inconsiderate of how what they say or do might affect those around them.

They lack the ability to see things from the perspectives of other people. For instance, if you were to talk about a serious problem to a selfish man you’re in a relationship with, he won’t take your problem seriously.

He’d minimize or completely disregard it because he lacks empathy.

A selfish man tends to have strong basic, materialistic needs. He’s more inclined toward satisfying the needs that belong to the lower levels of Maslow’s hierarchy, such as food, comfort, and other basic pleasures.

Some selfish men are intelligent enough to understand that their selfishness can burden others. So, they become people pleasers to hide their dark side.

They know they can’t be overtly selfish, so they resort to covert, manipulative ways. They’ll emotionally blackmail and gaslight others to have their way.

When there’s a selfish man in your life, you’ll likely feel that he’s pushing you to do things against your will.

A selfish man has a huge but fragile ego. He’s obsessed with his public image and wants to look good at all times. Thus, he finds it hard to accept failure or criticism. If you point out his mistakes, he’s likely to get overly defensive.

A selfish man is competitive in an unhealthy way. He won’t play fair and will do everything in his power to win. When he loses, he takes it very, very hard. He gets excessively jealous of those who succeed and are superior to him.

As you can expect, such tendencies lead to a fear of failure and perfectionism– two of the greatest enemies of success in any endeavor.

Because a selfish man doesn’t even value the people close to him, his relationships suffer. People who’re close to you expect you to support them. But a selfish man is only interested in supporting himself.

He receives material and emotional support from others, giving little in return. He acts entitled and hardly appreciates the help he gets. He only values only himself and no one else.

A selfish man finds it hard to share. Even if you somehow convince him that you’re in desperate need, he’ll still be reluctant to help. He doesn’t like to share his time and resources with others.

When a selfish man hurts others by his selfishness, he doesn’t feel remorse. This, again, stems from an utter lack of concern about others. He’ll break promises and go against his prior statements to have his own way as he finds convenient, without feeling guilty about it.

Selfish men often behave in reckless ways in pursuit of their selfish needs. They don’t think about the consequences of their actions. As a result, they’re likely to get into legal trouble for their misdeeds.