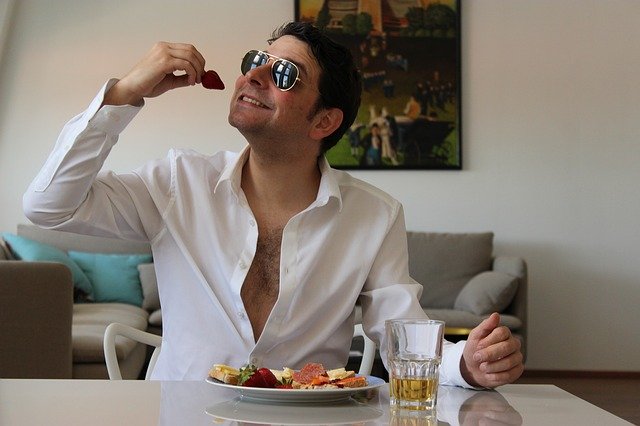 Why do people show off? What drives them to behave in a way that often makes others cringe?

This article sheds light on the main reasons behind showing off.

We all know people in our social group who like to show off. On the surface, they may seem cool, superior, and admirable because of what they possess. But the reality is totally different. In most cases, those who show off are feeling insecure inside.

Reasons behind showing off

It’s the most common reason behind showiness. A person shows off only when they need to. Only when they think that others don’t consider them important will they try to prove that they’re important.

If you know that you’re great, you don’t feel a strong need to tell anyone about it. They should already know. However, if you think that they don’t know you’re great, then you’ll have to make efforts to display your greatness.

A martial arts master will never challenge you for a fight or show off his skills. He knows he’s a master. A beginner, however, will show off greatly and challenge anybody he can. He wants to prove to others, and to himself, that he’s good because he isn’t sure whether he’s good or not.

Similarly, a girl who feels insecure about her looks will try to show off by comparing herself to top models and actresses. A girl who knows she’s beautiful won’t feel the need to do that.

Showing off during hard times

While everyone may show off every once in a while (normal human behaviour), you should watch out for people who show off constantly. This may be indicative of a deeper issue.

For example, say you’re having a hard time running your business. It isn’t doing well. As anyone who has started a business knows, people tend to get emotionally attached to their businesses.

You want to believe that your business is going great even if it’s not. At this point, you may start to frequently brag about your business. The reason being: what you expect from your business clashes with reality and causes dissonance in you.

To resolve this cognitive dissonance, you want to believe that the business is, indeed, going great. So you resort to bragging about it, to prove to others, and to yourself, that your business is going well.

This self-deception doesn’t work for long because, eventually, the facts catch up with you. If you don’t understand what caused this sudden spike in your showiness, you may not be able to deal with your situation sooner.

If a child was showered with a lot of attention from his parents and those around him, then he may try to maintain that attention level as an adult by becoming showy. This usually happens with the youngest or the only child.

The youngest or the only children usually get a lot of attention from their family and when they become adults, they seek to replicate this favourable situation.

In other words, they still seek attention but use other subtle ways. In childhood, they just had to cry or jump up and down to gain attention but as adults, they find more socially acceptable ways to do that.

It’s very common to see an only child or the youngest child obsessed with branded clothes, fast cars, high-end gadgets, and stuff like that which can allow them to grab people’s attention. ( see Impact of birth order on personality)

I’ve observed it so many times. Just minutes into the conversation and the showy person has already started bragging.

I can confidently assume that you know at least one person who likes to say great things about himself in front of you but not others. The reality is- he just wants you to like him because he likes you.

Show off and Identity

What are the types of things that a person usually shows off?

These may include showing off the books he has read or the degrees he has collected.

Similarly, If they have an identity of being a brave person, then they’ll love to show off things that prove how brave they are.

If you really are amazing and if you believe others also consider you amazing, then you won’t need to prove it. We only show off when we think that others are evaluating us negatively or when we are in need of attention.