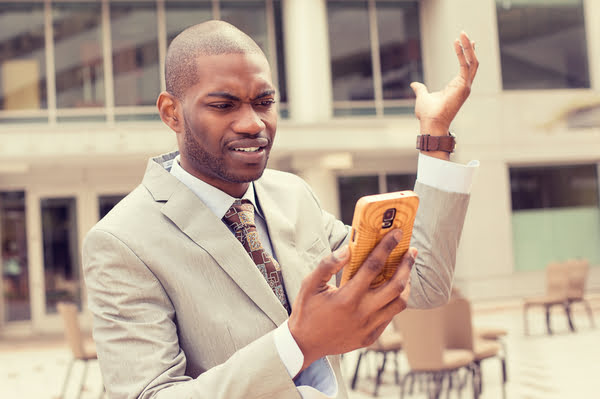 Technology has revolutionized how people communicate. We take for granted the fact that we can instantly drop a message to anyone anywhere in the world. And they can reply to it in an instant as well.

People used to travel miles and miles to deliver messages, sometimes dying on the way. Those days are gone.

Despite its boons, technology is a double-edged sword. It has its cons. Calls and text messages may be instant, but they’re not as effective and fulfilling as face-to-face communication.

Non-verbal communication is a big part of communication that gets removed from texting. No amount of emojis can fully compensate for this loss.

Miscommunication is the breeding ground for conflict in a relationship.

While our messages have become quicker, they’ve become less effective and sometimes downright confusing. Some people debate for hours with friends about what a message from a crush means. Then they spend hours trying to craft the perfect response.

This removes authenticity from communication. While we try to craft a good response in all modes of communication, we’re more likely to say exactly how we feel in in-person interactions. There’s not much time to craft the ‘perfect’ response.

People are addicted to people

The devices are not to blame.

Getting messages from others makes us feel validated and important. It gives us a sense that we belong. Not getting messages has the opposite effect. We feel invalidated, unimportant, and excluded.

This is why you feel so bad when someone doesn’t respond to your texts. Someone who leaves your message on ‘Seen’ and doesn’t respond is especially cruel. It feels like death.

Reasons for not responding to a text

Let’s dive into the possible reasons someone didn’t respond to your text message. I’ve tried to create an exhaustive list of reasons so you can easily pick the ones that apply to your situation the most.

Let’s start with the obvious. The other person isn’t responding to you because they want to ignore you. They don’t want to give you any importance. You may be a total stranger or, if you know them, they may be mad at you.

They’re deliberately trying to hurt you by not responding to you. There is an ‘intent to hurt’ on their part, and you feel exactly that- hurt.

Not responding to your texts can also be a power move. Maybe you’d ignored their texts earlier, and now they’re getting back at you. Now they’re trying to put you down to restore the power balance.

It’s common for high-status and powerful people not to respond to those ‘beneath’ them. Conversation flows more smoothly between equals.

There’s a difference between ignoring someone to hurt them and ignoring them because you don’t think they’re worth your time. The former is a game of power and control. The latter doesn’t have any malicious intent.

They may see your text message and reply to you in their head without actually responding to you. They may tell themselves that they’ll reply later but forget to do so. This is not a case of ‘deliberate forgetting’ where one passive aggressively forgets to one-up you.

Texting has programmed us for instant messaging. We expect messages to travel back and forth instantly. We forget that responding sometimes requires thinking. It may be that the other person is still processing your message and trying to decode what you meant.

Or, having understood what you meant, they’re crafting a good response.

The pressure to respond instantly to a text message can sometimes induce anxiety in people. They don’t know how to respond and so delay responding.

Some people are anti-texters. They don’t like texting. They prefer calling and in-person interactions. When they see your text, they’re like:

“I’m going to see her on Monday anyway. I’ll catch up with her then.”

Responding to texts is something one can easily put off. When someone is too busy, and they get a text, they know they can reply later. It’s not going anywhere. However, the urgent task at hand needs to be completed now.

So, by not responding, you politely let them know you’re not interested. You hope they’ll take the hint and stop messaging you. This is common in dating contexts.

If your text is angry and charged with emotion, the other person may be trying to avoid conflict by not responding to you.

Sometimes people simply don’t have the energy to text back. They may prefer relaxing after a tiring day to texting you back.

When someone is in a bad mood, they’re overwhelmed by their own thoughts and emotions. They’re in reflective mode and don’t feel like engaging with others.

This can be tricky because there may or may not be malicious intent behind it. Texting can’t go on forever, and someone has to end the conversation at some point. One can do it by not responding to the other person’s last message.

The key here is knowing when to end the conversation this way.

What to do when your texts are ignored?

Since we’re emotion-driven creatures, we’re quick to assume that people have malicious intent toward us. Out of all the above reasons, you’re likely to pick emotional ones when someone doesn’t respond to your texts.

Knowing this should help you be more careful when you’re quick to blame others. You want first to eliminate all the other possibilities before you decide they’re deliberately ignoring you.

If someone ignores your messages once, but they’ve never done it before, you have to give them the benefit of the doubt. You can’t accuse people of ignoring you based on a single data point. You’d probably be wrong.

However, you ought to take the hint when someone ignores you twice or thrice in a row. You’re free to cut them off from your life.

If you’re someone who doesn’t respond to texts, try to communicate the reason you’re not responding. If you care about that person.

Remember that people always expect a response when they reach out to you. Even a simple “I’m busy. Will talk later” is much better than not responding at all.