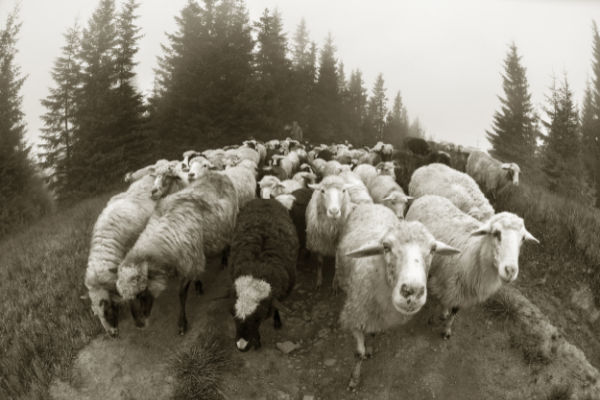 Seeking validation from others means seeking their approval for your thoughts, feelings, beliefs, choices, values, and actions. The desire to seek validation stems from the basic human need to be liked and accepted by others.

Since we’re a social species, we have a fundamental need to belong to our herd and be accepted by them. Back in the day, this ensured survival and gave our ancestors access to resources and protection.

Our ancestors roamed around in groups and, therefore, group dynamics shape much of our psychology.

While most of us no longer roam the Savannah, we still exhibit these tribal behaviors. Understanding the ins and outs of social validation will vastly improve your understanding of what makes humans tick.

We all have our tribes comprising people we consider our own. We seek to lift ourselves in the eyes of our tribe members. This elevates our self-esteem and makes us feel good about ourselves. If we’re rejected by our tribe, anxiety and depression ensue.

Because people tend to have multiple identities in modern times, they have multiple tribes. Usually, one identity dominates the others. This is often a person’s job. Hence, when you ask someone who they are, they usually reply with their job title.

We seek validation and acceptance from our tribe members, but not equally from everyone. There’s an inherent hierarchy in all tribes. Some tribe members are high status and others are low status.

High-status members are the most valuable members of any tribe. They’re widely accepted and respected in the tribe. So, their validation carries more weight. If you get validated by them, it’s like getting validated by the entire tribe.

The cycle of seeking validation

You’re now probably thinking of examples of how these dynamics play out in everyday life. These dynamics operate everywhere all the time, without exception.

For instance, if you’re a new employee, you’re likely to seek validation from your boss. If you’re a scholar, you crave the validation of eminent academicians. If you’re a fresh-faced musician, you seek the approval of living music legends.

If you’re a low-status person in any field (tribe) and you’re validated by a high-status person in that tribe, you feel great. These feelings are not in your control. You might later regret being so approval-seeking, but it only happens after the fact.

If you’re low status and are validated by several low-status people, now we’re talking. The small validations add up and you feel you may eventually de-throne high-status members of your tribe.

When we’re kids, we find ourselves in our social tribes. We notice which members are getting the most social validation and we try to imitate them. Therefore, almost all the kids want to become famous when they grow up. They want to rise in the ranks of their social tribe because that maximizes their chances of success in life.

When they grow up and do rise in social status, the younger members of the tribe want to emulate them and so the cycle of seeking validation continues.

The ‘Stop seeking validation from others’ advice

They get angry at themselves for wanting the validation of others. To give themselves a temporary power boost, they’re like:

“I will not seek validation from anyone from now on.”
“I will stop caring what others think of me.”

Of course, they cannot reach that mental state over and over. So, they have to keep reading that self-help material over and over.

The only way they can stop seeking validation and not feel bad about their low status is to actually raise their status in society. That means becoming a valuable member of their tribe. Now that takes some work. Most would rather keep getting those temporary power boosts.

I’m highly skeptical of people who claim they’re free from the need for validation. One of two things may be happening here:

1. They’re trying to seek validation by claiming they’re free from the need for validation

After all, not needing validation is the trait of high-status people, as discussed earlier. So, they want to fool others into thinking they’re high status.

2. They care little about the validation of others because they practice self-validation

Yes, self-validation is a thing, but it’s still seeking validation from a tribe- a tribe of only one member.

If it’s so easy to be high status, you don’t value that high-status that much. So, even those rare people who practice self-validation are tempted every now and then to aim for that lucrative validation of the many.

Of course, this doesn’t mean that seeking validation doesn’t have any downsides. The problem with many people is that they seek validation from just about everyone.

So they go around seeking validation from everyone. Usually, these people-pleasers had a bad childhood. Their parents rejected them to the point that they could not forge their own identities.

Others are just lazy and don’t care to think about these things. They accept whatever identity society hands them on a platter.

On the other end of the spectrum, we have people who don’t care about the validation of others. They’re highly self-validating. They have a clear idea of who they are, their values, and who their tribe members are.

They don’t go around seeking validation from just about everyone. They only seek their own validation and the validation of few others.

For example, if they don’t value politics, they won’t jump at the chance of taking a picture with a politician as most people do. To them, the politician is outside of their tribe.

As with many things in life, there’s a sweet spot between the two ends of the spectrum where you should strive to be. It’s the spot of a healthy balance between self and other validation.

You have a clear idea of who you are what your tribe is and only seek validation from your tribe members. You don’t care about the approval of those outside of your tribe.

At the same time, you’re open to feedback from people. You receive all their suggestions, but end up making your own decisions.

While validation-seeking is natural, it must never be sought directly. The problem with seeking validation in an obvious way is that it communicates you’re a low status, low-value person. If you seek validation directly, you lose the respect of people you’re seeking validation from.

Direct validation amounts to flattery. People can sense that you’re trying to impress them or want something from them. High-status people aren’t not going to give their precious validation to just about anyone. You have to earn it. Show them what you can bring to the table.

“What’s your take on the theory of relativity?” (Indirect validation implying they’re smart)

Other ways to seek validation indirectly include:

Using validation for your own good

People hate seeking validation from others because they seek it from the wrong people and for the wrong reasons. They put too much time and energy into impressing people they’ll probably never meet and who can do nothing for them.

Social validation is a tool you can use to destroy or build yourself. I know many smart people who use social validation for their own benefit. For example, they’ll announce their goals to people and the fear of letting them down motivates them to reach their goals.

When I started learning to play the piano, I realized it was hard and that I needed additional motivation to continue. So, I frequently uploaded my recordings to social media stories. The validation I got from others gave me that much-needed additional boost in motivation.

It worked and sped up my learning. I’ve played almost all my favorite tunes on the piano and now I’m applying the same social validation principle to learn the violin.