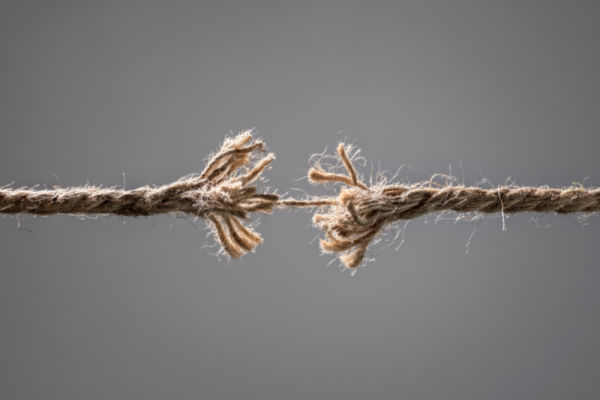 A highly sensitive person easily senses threats in their social environment. They have a lower threshold of getting offended. Hence, they’re often labeled as thin-skinned and overreactive by others.

Both genetic and environmental factors seem to contribute to high sensitivity. Introverts and those who score high on Neuroticism are likely to be highly sensitive.

Traumatic experiences in early childhood sensitize a person’s nervous system to easily detect threats in their social environment. Therefore, being highly sensitive is a defense mechanism designed to enhance a person’s ability to detect and respond to social threats.

Pros and cons of high sensitivity

Highly sensitive people are amongst the most interesting people out there. Some of their positive qualities include:

Highly sensitive people have lower stimulation thresholds so they’re easily stimulated. They need time to process information and avoid overstimulation. They’re able to dive more deeply into things others may not pay much attention to.

2. High self and other awareness

Highly sensitive people want to do things that make them feel good. They’re feelings-driven and may make choices in their career and relationships that seem ‘irrational’ to others.

Now let’s look at some cons of high sensitivity:

As mentioned earlier, highly sensitive people are easily hurt. They’re likely to see social threats where there are none. Sure, their high sensitivity helps them detect subtle social threats others can’t see but this ability comes at the cost of seeing a non-threat as a threat.

Highly sensitive people find it hard to control their emotions. There are many situations in life where controlling one’s emotions is desirable. Overly emotional people are perceived as weak. Highly sensitive people know this and constantly struggle with this. It motivates them to seek information on how to be less sensitive.

The hallmark of highly sensitive people. Instead of seeing criticism as feedback, their brains see criticisms as personal attacks in their persistent defensive mode.

While being highly sensitive gives a person the gift of thinking things through, this ability comes at the cost of overthinking stuff they shouldn’t pay much attention to. For instance, they might spend too much time rearranging their desk at work than actually working. Their minds can’t help but pay attention to the details.

Changing your response to triggering events

Thus, the goal of being less sensitive is to tone down your emotional reaction to triggering events.

How to be less sensitive

Following are the strategies you can try to tone down your emotional responses and ‘become less sensitive’ in your own eyes and in the eyes of others:

1. Learn to hide your emotions

I was going to title this ‘Learn to control your emotions’ but realized that reducing your emotional response is more about hiding than controlling. We can’t really control the triggering of our emotions.

What we do have some control over is whether we express our emotions. Even if you feel offended, you don’t have to express how you feel in your facial expressions, words, and body language.

There’s no way for others to know you’re getting emotional unless you show it. You can feel how you feel internally and silently. Only express your emotions when it’s useful to do so. When you feel your emotions silently, you aren’t suppressing them. You acknowledge them and choose not to express them.

When you do this enough, you create negative feedback where your mind is feeling one thing but your body is neutral. This may eventually raise your threshold of being offended because the mind doesn’t like inconsistency. It wants the bodily gestures to reflect our feelings.

Choosing not to express your emotions makes your mind second-guess its emotional responses, ultimately triggering you less often.

Whenever you’re emotionally triggered, delay your response. I know this isn’t easy but with enough practice, you’ll get good at it. Whenever your mind pushes you to be emotional, say to yourself, “Okay, let’s see what this is all about”.

For example, you may get angry when your girlfriend doesn’t reply to your texts sooner. Instead of lashing out at her, you can delay your reaction, giving yourself space and time to analyze. Eventually, you might come up with a more realistic alternate explanation, such as:

Delaying your emotional reaction helps you see things from the other person’s perspective. When you do that, you’re likely to find that their motives had nothing to do with you.

Humans are prone to taking things personally. In highly sensitive people, this tendency is worse.

Being in a constant defensive mode, taking things personally enables them to ‘more effectively’ defend themselves against perceived threats. But a lot of times those threats are just that- perceived.

As a rule, avoid ascribing harmful intent to people based on one-off events. If they really mean harm to you, they’ll repeat their harmful behavior. Always gather more data before you label someone an enemy.

4. The subtle art of non-reaction

If they get to know your buttons, they’ll push them at will and you’ll become their puppet. Avoid handing them the remote control of your reactions by embracing non-reaction.

Non-reaction blocks their attempt at getting under your skin. But you need to do it effectively. Your facial expression and body language shouldn’t communicate fear because that’ll make people go like, “He was too dumbfounded and weak to say anything back”.

Instead, you want to give your attacker the “I don’t care what you say” or “Oh, here you go again with your BS” look.

It’ll help if you can pull off a smirk and look away. Also, immediately get back to doing what you were doing, showing you’re not affected in the least by their attack. Maintain a blank facial expression and say something like, “Are you done? Anything else you want to say?”

In your own mind, you need to see them as absolute nobody who knows nothing about anything. If they’re so clueless, they wouldn’t know anything about you. So you can’t take them seriously.

What we’re triggered by often reveals what we need to heal. Getting offended at things others wouldn’t normally find offensive points to insecurities. There are two ways of healing insecurities:

For instance, if you’re insecure because you’re thin, the best way to deal with it is to grow bigger (changing things).

On the other hand, if you’re short, the sooner you accept it as a part of who you are, the better. Focus on improving your other qualities to increase your overall value as a person.

Of course, truly unwarranted, unnecessary, and public criticism points to harmful intent. The person is trying to make themselves feel better by putting you down.

But- and here’s the tricky part- the desire to put you down is easier to hide when the criticism is warranted. If you accuse them of putting you down, they can easily hide behind the legitimacy of the criticism.

This is why highly sensitive people have so much trouble with criticism. It’s difficult to tease out constructive criticism from criticism laden with intent to harm.

If the criticism seems unwarranted, I suggest you look at how that person treats you in general. If they don’t normally mistreat you, their criticism is likely to be constructive.

It’s also about how, where, and when they criticize.

Public criticism is never good. Constructive criticism shouldn’t make you feel bad at all. But people tend to be bad at criticizing (I realize I’m criticizing criticizing) so they might harm you unintentionally.

Again, look at their general behavior towards you. That’s more likely to reflect their true intentions.