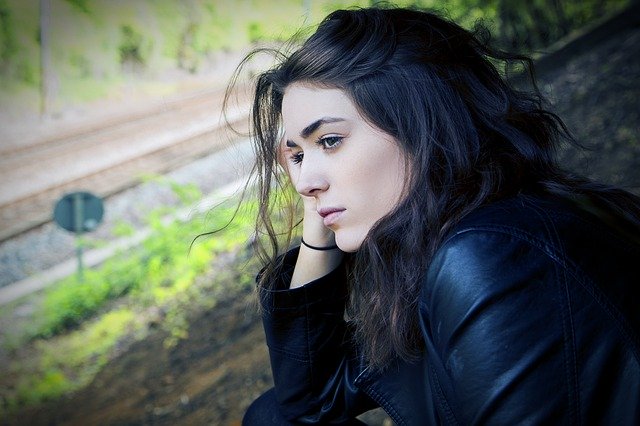 To understand what causes overthinking, we need to understand why we think in the first place. After that, we can begin to explore why this process goes into overdrive and what can be done to overcome it.

In the first half of the 20th century, behaviourists dominated the field of Psychology. They believed that behaviour was the product of mental associations and consequences of behaviour. This gave birth to classical conditioning and operant conditioning.

To put it simply, classical conditioning says that if a stimulus and response occur together frequently, then the stimulus triggers the response. In a classical experiment, every time Pavlov’s dogs were given food, a bell was rung such that the ringing of the bell in the absence of food generated a response (salivation).

Therefore, according to behaviourism, the human mind was this black box that generated a response depending on the received stimulus.

Then came the cognitivists who held that the black box also had something going on inside it that resulted in behaviour- thinking.

According to this view, the human mind is a processor of information. We process/interpret things that happen to us instead of just blindly reacting to stimuli. Thinking helps us to solve problems, plan our actions, make decisions, etc.

Why do we overthink?

Long story short, we overthink when we are stuck while processing/interpreting the things that happen in our environment.

Now in order to solve problems in our environment, we often need to think. In other words, we need to step back and redirect our attention from the environment to our mind. It’s hard to think and engage with our environment at the same time. We have limited mental resources.

If we’re able to solve a problem quickly, we can quickly go back to engaging with our environment. What do you think will happen if we’re faced with a complex problem that isn’t easy to resolve? Exactly! We’ll overthink.

The more complex your problem the more, and longer, you’ll overthink. It doesn’t matter if the problem can or cannot be solved; your brain puts you into the overthinking mode because that’s the only way it knows how to solve difficult or new problems.

Say you just failed in an exam. When you get home, you’ll find yourself thinking about what happened over and over. Your mind has detected that something’s wrong in your environment.

Therefore, it tries to bring you back your to your head so that you can understand what happened, why it happened and how you can resolve it or prevent it in the future.

In sum, overthinking is a mechanism that allows us to understand the nature of our complex problems so that we can attempt to resolve them.

Overthinking is not a habit

The problem with seeing overthinking as a habit or a trait is that it ignores the context in which it happens and its purpose. A so-called habitual over-thinker doesn’t overthink everything all the time.

When people overthink, more often than not, they have good reasons to do so. The intensity and frequency of overthinking depend on the nature of the complex and unique problem that each individual faces.

Dismissing overthinking as just another bad habit that we need to get rid of by things such as distraction and mindfulness misses the larger picture. Also, habits have some kind of reward linked to them. This isn’t true for overthinking which usually makes a person feel worse over time.

People want to get rid of overthinking because it often feels bad, and can lead to stress and depression. Rumination is, in fact, a strong predictor of depression.

In my article on depression as well as in my book Depression’s Hidden Purpose, I said that depression slows us down so that we can ruminate on our life problems.

Thing is, as with many other things in Psychology, it’s not entirely clear if rumination causes depression or depression leads to rumination. I suspect it’s a bidirectional relationship. Both are causes and effects of each other.

There can be various reasons why overthinking leads to negative emotions:

Third, negative thoughts such as “Why does this always happen to me?” or “My luck is bad” or “This is going to harm my future” can lead to negative emotions.

Also, when we’re in an emotional state, positive or negative, we have a tendency to prolong it. This is why we do more things that bring us happiness when we’re happy and why we see everything negatively when we’re feeling bad. I like to call it emotional inertia.

I’m repelled by generic advice such as “avoid analysis paralysis” or “become a person of action”.

How do you expect someone who faces a complex problem to take action right away? Would it hurt if they first try to fully understand the nature of their problem and its implications?

Just because you take your time to understand your problem and not take action right away does not mean you’re not a “person of action”.

At the same time, after overthinking, after processing your problem fully, you have to make a decision. Can it be resolved? Is it worth resolving? Can it be controlled? Or should you drop it and forget about it?

Give your mind solid reasons to pursue a path and it will follow along.

Overthinking is mostly a good thing. If you’re an over-thinker, you’re probably intelligent and able to look at a problem from all angles. The focus shouldn’t be on how to stop overthinking but on why you’re overthinking, especially why your overthinking isn’t working.

Don’t have a solution in sight? How about changing the way you’re approaching the problem? How about seeking help from a person who’s faced the same problem?

We live in times where increasingly complex problems are being thrown at us on a constant basis. Gone are the days when we had to simply hunt and gather to get by.

Our minds are adapted to environments in which life wasn’t nearly as complex as it is today. So if your mind wants to spend more time dwelling on a problem, let it. Give it a break. It’s grappling with tasks that weren’t even mentioned in its job description.