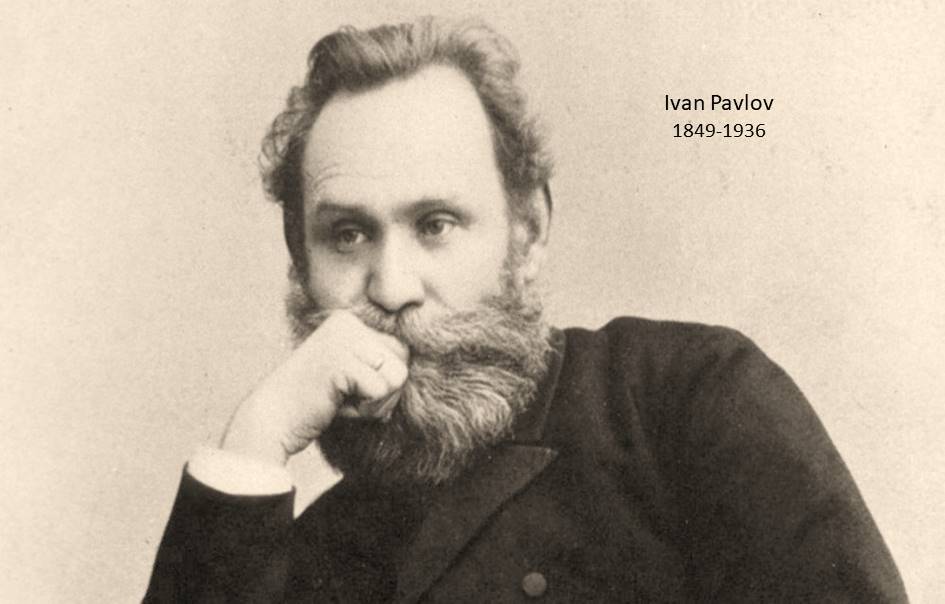 Classical and operant conditioning are two basic psychological processes that explain how humans and other animals learn. The fundamental concept that underlies both these modes of learning is association.

Simply put, our brains are associating machines. We associate things with each other so that we can learn about our world and make better decisions.

If we didn’t have this basic ability to associate, we couldn’t function normally in the world and survive. Association allows us to make quick decisions based on minimal information.

For example, when you accidentally touch a hot stove, you feel pain and pull your arm back quickly. When this happens, you learn that ‘touching a hot stove is dangerous’. Because you have this ability to learn, you associate the ‘hot stove’ with ‘pain’ and you try your best to avoid this behaviour in the future.

Had you not formed such an association (hot stove = pain), you most likely would’ve touched a hot stove again, putting yourself at a greater risk of burning your hand.

Hence, it is useful for us to connect things to be able to learn. Classical and operant conditioning are two ways in which we form these such connections.

What is classical conditioning?

Classical conditioning was scientifically demonstrated in the famous experiments conducted by Ivan Pavlov involving salivating dogs. He noticed that his dogs not only salivated when food was presented to them but also when a bell rang just before the food was presented.

How could that be?

Salivation resulting from watching or smelling food makes sense. We do it too but why would the dogs salivate on hearing a bell ring?

Turns out, the dogs had associated the sound of the ringing bell with food because when they were given food, the bell rang almost at the same time. And this had happened enough number of times for the dogs to connect ‘food’ with the ‘ringing bell’.

Pavlov, in his experiments, found that when he presented food and rang the bell simultaneously many times, the dogs salivated when the bell rang even if no food was presented.

In this way, the dogs had been ‘conditioned’ to salivate in response to hearing the bell. In other words, the dogs acquired a conditioned response.

Let’s start everything from the beginning so that you can familiarize yourself with the terms involved.

Of course, using the term ‘unconditioned’ indicates that no association/conditioning has yet taken place.

Since conditioning hasn’t occurred yet, ringing bell is a neutral stimulus (NS) because it doesn’t produce any response in the dogs, for now.

When the neutral stimulus (ringing bell) and the unconditioned stimulus (food) are repeatedly presented together to the dogs, they get paired in the dogs’ minds.

So much so, that the neutral stimulus (ringing bell) alone produces the same effect (salivation) as the unconditioned stimulus (food).

The initial stage during which the food (US) is paired with the ringing bell (NS) is called acquisition because the dog is in the process of acquiring a new response (CR).

In other words, the pairing becomes weaker and weaker. This is called the extinction of the conditioned response.

Note that the ringing bell, in and of itself, is powerless in triggering salivation unless paired with food which naturally and automatically triggers salivation.

After a conditioned response has become extinct, it may reappear again after a pause. This is called spontaneous recovery.

In classical conditioning, stimulus generalization is the tendency of organisms to elicit the conditioned response when they’re exposed to stimuli that are similar to the conditioned stimulus.

Think of it this way- the mind tends to perceive similar things as being the same. So Pavlov’s dogs, even though they were conditioned to salivate on hearing a particular bell ring, may also salivate in response to other similar-sounding objects.

If, after conditioning, Pavlov’s dogs salivated on exposure to a ringing fire alarm, a bicycle ring or even tapping of glass sheets, this would be an example of generalization.

All these stimuli, though different, sound similar to each other and to the conditioned stimulus (ringing bell). In short, the dog’s mind perceives these different stimuli as the same, generating the same conditioned response.

This explains why, for instance, you may feel uncomfortable around a stranger whom you’ve never met before. It may be that their facial features, gait, voice or manner of speaking reminds you of a person you hated in the past.

The ability of Pavlov’s dogs to distinguish between these generalized stimuli and other irrelevant stimuli in the environment is called discrimination. Hence, stimuli that aren’t generalized are discriminated from all other stimuli.

If we consider fears and phobias as conditioned responses, we can apply classical conditioning principles to make these responses go extinct.

For example, a person who fears public speaking may have had a few bad experiences initially when they got up to speak in public.

If this person gets up to speak more often, despite the initial fear, then eventually the ‘speaking in public’ and the ‘fear response’ will get untangled. The fear response will become extinct.

Consequently, the person will get rid of the fear of public speaking. There are two ways this can be done.

First, expose the person to the feared situation continuously till the fear diminishes and eventually goes away. This is called flooding and is a one-time event.

Alternatively, the person can undergo what’s called systematic desensitization. The person is gradually exposed to the varying degrees of fear over an extended period of time, each new situation being more challenging than the previous one.

Classical conditioning may lead you to think that you can pair anything with anything. In fact, this was one of the early assumptions of the theorists working in the area. They called it equipotentiality. However, it became known later that certain stimuli are more readily paired with certain stimuli.1

In other words, you can’t just pair any stimulus with any other stimulus. We’re likely ‘biologically prepared’ to generate responses to certain kinds of stimuli over others.2

For instance, most of us fear spiders and this fear response may also get triggered when we see a bundle of thread, mistaking it for a spider (generalization).

Operant conditioning tells us how likely we are to repeat a behaviour based purely on its consequences.

For example, say a child gets good grades in school and his parents reward him by buying him his favourite gaming console.

Now, he’s more likely to perform well on future tests also. That’s because the gaming console is a reinforcement to encourage more future occurrences of a particular behaviour (getting good grades).

When something desirable is given to the doer of a behaviour to increase the likelihood of that behaviour in the future, it is called positive reinforcement.

If the kid promises to do well in future tests, his parents may become less strict and lift some restrictions that were previously imposed on him.

One of these undesirable rules could be ‘play video games once a week’. The parents may do away with this rule and tell the kid that he can play video games twice or maybe thrice a week.

The kid, in return, has to continue performing well in school and keep ‘getting good grades’.

This type of reinforcement, where something undesirable (strict rule) is taken away from the doer of a behaviour, is called negative reinforcement.

Note that in both the above cases of positive and negative reinforcement, the end goal of reinforcement is the same i.e. increasing the future likelihood of a behaviour or strengthening the behaviour (getting good grades).

Doing one or both of these favours on them makes it more likely that they’ll comply with you and repeat the behaviour you want them to repeat in the future.

So far, we’ve discussed how reinforcement works. There’s another way to think about the consequences of behaviour.

Continuing with the above example, say, after a year or so, the kid starts to perform badly on tests. He got carried away and devoted more time to video games than to studying.

Again, the parents can use punishment in two ways depending on whether they give something (+) or take something away (-) from the kid to motivate him to decrease his behaviour (getting bad grades).

This time, the parents are trying to discourage the child’s behaviour so they have to give him something undesirable or take away something that is desirable for the kid.

If the parents re-impose the strict rules on the kid, they are giving him something that he finds undesirable. So this will be positive punishment.

If the parents take away the child’s gaming console and lock it up in a cabin, they are taking away something that the child finds desirable. This is negative punishment.

Also, keep in mind what the doer of a behaviour desires. This way, you can tell whether giving something and taking something away is a reinforcement or a punishment.

Have you ever seen dogs and other animals perform complex tricks at the commands of their masters? Those animals are trained using operant conditioning.

You can make a dog jump over an obstacle if after jumping (behaviour), the dog gets a treat (positive reinforcement). This is a simple trick. The dog has learned how to jump at your command.

You can continue this process by successively giving the dog more rewards until the dog gets closer and closer to the desired complex behaviour. This is called successive approximation.

Repeating this process, you can train the dog to jump + sprint + run and so on in one go. This process is called shaping.3

This video demonstrates the shaping of a complex behaviour in a Siberian Husky:

Although partial reinforcement takes time, the response developed is quite resistant to extinction.

There are different types of partial or intermittent reinforcement schedules depending on when we provide the reinforcement.

When we provide the reinforcement after a fixed number of times a behaviour is done it is called fixed-ratio.

When reinforcement is given after a behaviour is repeated an unpredictable number of times, it is called variable-ratio reinforcement schedule.

For example, giving the child candy after 2 days, then after 3 days, the after 1 day and so on. There isn’t a fixed time interval as in the case of fixed-interval reinforcement schedule (7 days).

In general, variable reinforcements generate a stronger response than fixed reinforcements. This may be because there are no fixed expectations about obtaining rewards which makes us think that we may get the reward at any time. This can be highly addictive.

So you’re likely to keep checking your account (reinforced behaviour) in the expectation of getting a notification.