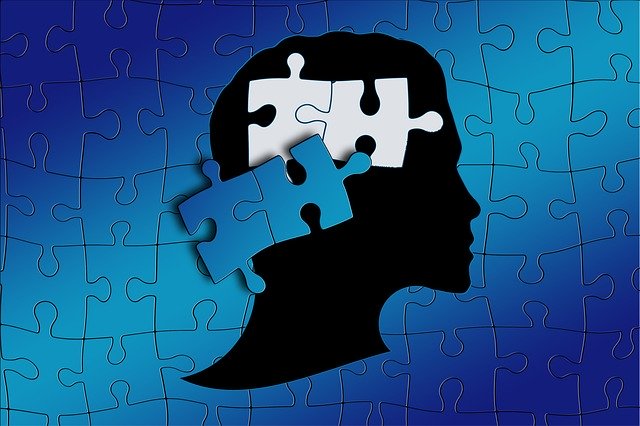 “Men are disturbed not by things, but by the view which they take of them.”

There’s a third component to the theory- feelings. CBT explains how thoughts, feelings, and behaviours interact.

According to Cognitive behavioural theory, thoughts are changeable and by changing thoughts we can change our feelings and, ultimately, our behaviours.

It also works in reverse. Changing our behaviours can also lead to changes in how we feel and ultimately how we think. Even though feelings cannot be directly manipulated, they can be indirectly changed by changing our thoughts and behaviours.

If we can change our feelings by changing our thoughts, then the CBT approach can be a useful way to help someone overcome their bad feelings.

The basic assumption of this theory is that cognitive distortions (inaccurate thinking) cause psychological distress.

These cognitive distortions cause people to lose touch with reality, and they torture themselves psychologically with self-created falsehoods.

The goal of Cognitive Behavioural Therapy is to fix these faulty thinking patterns and bring back people to reality.

This reduces psychological distress because people realize that they were wrong in how they were interpreting their life situations.

The distorted ways in which people perceive reality have a sort of inertia and reinforcement associated with them.

Psychological distress can be self-reinforcing because, under its influence, people are likely to misinterpret situations in ways that confirm their faulty perceptions.

CBT breaks this cycle by presenting the person with information that disconfirms their faulty perceptions.

It provides an opportunity to explore alternate ways of thinking that reduce psychological distress.

Hence, CBT helps people reframe their negative life situation to allow them to interpret it in a neutral or even positive manner.

Developed by Albert Ellis, this therapy technique focuses on turning irrational beliefs that cause psychological distress into rational ones.

Based on their past experiences, people hold irrational beliefs about themselves and the world. These beliefs govern their actions and reactions.

REBT shows people that their beliefs hold little water when examined thoroughly and tested against reality.

In CBT, a change in one component brings about a change in the other two components. When people change their negative beliefs, their feelings change and their behaviours change.

For example, perfectionists believe they have to do everything perfectly to be successful. This makes them hesitant to try anything to avoid imperfection. This belief can be challenged by showing them examples of people who weren’t perfect and yet became successful.

Say someone starts a business, but it fails. They might start believing they’re worthless and end up getting depressed.

Now being depressed because the business failed is a natural emotional response that motivates us to re-evaluate our strategies.

On the other hand, being depressed because of thinking you’re worthless is unhealthy, and that’s what CBT tries to fix.

By challenging the person’s belief that they’re worthless, like bringing their attention to past achievements, eases depression arising from a loss of self-worth.

To overcome the depression caused solely by the loss of the business (where the person’s self-worth remains intact), starting a new business could be helpful. No amount of CBT can convince this person that their loss isn’t significant.

Cognitive therapy helps people see through the logical errors that they make in interpreting their life situations.

Aaron Beck, developer of this CBT approach, noted that depressed people were often stuck in this cognitive triad.

Depression distorts their thinking, making them focus only on everything that’s negative about them, the world, and the future.

These thought processes soon become automatic. When they encounter a negative situation, they again get stuck in the cognitive triad. They repeat how everything is negative, like a broken record.

Beck pointed out that the automatic negative thoughts that feed the negative cognitive triad arise from past traumas.

Experiences such as being abused, rejected, criticized, and getting bullied shape how people perceive themselves and the world around them.

People develop self-expectations or self-schemas and reinforce them with their distorted perceptions.

They make logical errors in their thinking. Errors such as selective abstraction i.e. focusing only on a few aspects of their experiences and arbitrary inference i.e. using irrelevant evidence to draw conclusions.

The end goal of these cognitive distortions is to maintain an identity formed in the past, even if it means perceiving reality incorrectly.

At the beginning of this article, I mentioned that while we can’t change feelings directly, thoughts and actions can be.

So far, we’ve been discussing CBT’s role in helping people change their irrational thoughts to change their undesirable feelings and behaviours. Now we discuss how changing actions can lead to a change in feelings and thoughts.

Exposure therapy is based on learning. Despite logically following from CBT, it existed long before CBT. It has proven effective in helping people overcome and cope with social anxiety, phobias, fears, and PTSD.

Raj fears dogs because they chased by him when he was a kid. He can’t get close to them, let alone touch or hold them. So, for Raj:

Raj avoids dogs because avoidance helps him maintain his belief that dogs are dangerous. His mind is trying to stick to the previous information.

In exposure therapy, he’s repeatedly exposed to dogs in a safe environment. This new behaviour disconfirms his previous behaviour of avoiding dogs.

His previous feelings and thoughts associated with the behaviour also change when the therapy is successful. He no longer thinks dogs are dangerous, nor feels fear when he’s near them.

Before the therapy, Raj’s mind had overgeneralized one incident of dogs attacking him to all his future interactions with dogs.

When he’s exposed to dogs, he experiences the same stimulus in a safer context. This allows his mind to differentiate his current experience from the past traumatic event.

Instead of seeing his past traumatic event as the reality of how things are with dogs, he realizes that’s not how things always are. This way, he overcomes his cognitive distortion of overgeneralization.

Exposure therapy teaches that avoidance is no longer necessary to reduce anxiety. It provides a corrective cognitive experience of the trauma-related stimulus.2

CBT has proven to be effective in alleviating the symptoms of anxiety and depression.3 It’s the most widely researched therapy and is recommended by top mental health organizations.

However, critics of CBT argue that it confounds the symptoms of the disorder with its causes.

The answer is that both these phenomena occur, but our minds cannot readily accept this answer because we tend to think in ‘either this or that’ manner.

The relationship between thoughts, feelings and actions is two-way and all the three factors can affect each other in either direction.

Other critics point out that CBT doesn’t address the root cause of problems having their origins in childhood traumas. They deem CBT as a “quick-fix” solution that doesn’t have long-term benefits.

At the end of the day, feelings are signals from our minds and one must address them, negative or positive. Any attempt to ignore negative emotions or distract yourself from them will fail. CBT does not encourage that. It contends that negative emotions are ‘false alarms’ that one’s distorted thoughts needlessly trigger.

This position of CBT is problematic because, many times, feelings are not really false alarms that need to be snoozed but helpful signals asking us to take appropriate action. But CBT predominantly sees negative emotions as false alarms. You could say CBT needs CBT to fix this distorted view.

When dealing with feelings and using the CBT approach, the first step should be trying to understand where the feelings are coming from.

If the feelings are indeed false alarms that false thoughts have triggered, then those thoughts need to be corrected.

Inferring and understanding the causation of behavioural phenomena is often complex, so our minds look for shortcuts to attribute causation to such phenomena.

Therefore, the mind sees it best to err on the side of safety until more information is available.

A negative situation represents a threat and we are quick to think negatively about situations so we can quickly know we’re in danger. Later, if the situation turns out to be dangerous, we’ll be more prepared.

On the other hand, when negative feelings aren’t triggered by false alarms, they should be seen as accurate alarms. They’re there to warn us that ‘something is wrong’ and that we need to take action to fix it.

CBT allows us to fix their false alarms by providing them with something called cognitive flexibility. It’s a key thinking skill to learn if one wants to manage their emotions and become more self-aware. Here’s how it works:

You have a negative thought and you feel a negative emotion. Immediately question your thought. Is what I am thinking true? Where’s the evidence for it?

What if I’m interpreting this situation incorrectly? What other possibilities are there? How likely is each possibility?

Sure, it takes some cognitive effort and considerable knowledge of human psychology, but it’s worth it.