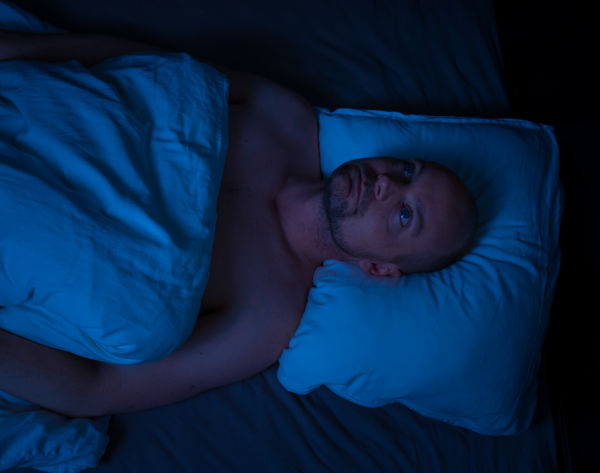 Mainly, we think to solve problems. Logically, what should happen when we’re unable to solve a problem? We should think it over and over. And that’s what we do. That’s what rumination is.

Rumination is a problem-solving mechanism designed to solve complex life problems. If I ask you to solve a simple math problem, you’ll be able to do it without rumination.

If I ask you to solve a very complex math problem, you’ll likely think about it over and over. You’ll ruminate over it. Usually, being unable to solve a problem for long automatically puts us into a low mood.

It’s definitely possible to solve a complex problem without feeling low. Maybe you’re confident in your problem-solving strategy and where your thinking is going. Low mood in rumination is the result of not having the slightest clue what’s going on and feeling frustrated.

Evolutionarily-relevant problems (survival and reproduction) are more important to the mind than other problems. When you encounter such a problem in your life, your mind pushes you into thinking about it via rumination.

For example, it makes you depressed in an attempt to divert your attention to your problem from other, typically enjoyable activities.

There are two opposing views of rumination in psychology. The predominant view is that it is maladaptive (a fancy way of saying it’s bad) and the other view is that it’s adaptive or good.1

Those who think rumination is bad argue that it maintains psychological problems like depression and social isolation.

Hence, those who ruminate spin the problem in their heads over and over without doing anything about it.2

The problem with these arguments is that they fail to recognize that solving complex problems requires that you first understand the problem thoroughly. That’s what rumination is trying to achieve with its ‘searching purpose’.

Since understanding complex problems is hard, you need them to spin them over and over in your head.

When you have a good enough understanding of the complex problem, you can then move on to solve it. Causal analysis precedes problem-solving analysis.3

So, rumination is an important first step in solving a complex problem.

Those who say rumination is bad want you to stop ruminating, simply because it leads to discomfort and suffering. It’s called metacognitive therapy. It asks you to leave your negative thoughts alone so that you don’t engage with them. It’s a way to short-circuit rumination so you can no longer feel bad.

I hope you can see the problem with this approach.

If you short-circuit the very first step in solving a complex problem, the problem will remain unsolved. The mind will keep sending you negative thoughts to push you into solving the problem if you keep ignoring those thoughts.

What do people ruminate about?

As mentioned earlier, people mostly ruminate over evolutionarily relevant problems. These may include finding or losing a job, finding or losing a relationship partner, and, more indirectly, things like embarrassing past mistakes that reduce social status.

If you’re a regular reader here, you know I’m not a fan of mindfulness or forcing yourself to ‘live in the present’ philosophy. I strongly believe that working with your negative thoughts and emotions is the way to go, not against them.

Mostly, people ruminate about the past or the future. Ruminating over the past is an opportunity your mind gives you to learn from it and integrate the experience into your psyche.

Past mistakes, failed relationships, and embarrassing experiences throw us into rumination mode because our mind wants to hammer home the lesson- whatever that might be. Evolutionarily relevant mistakes carry huge costs. Hence, the ‘hammering home’ of lessons.

Similarly, ruminating about the future (worrying) is an attempt to prepare for it.

Say, you make a mistake in your work that irritates your boss. You’ll likely ruminate over it when you get home.

Ignoring this rumination will not help you. You need to acknowledge that the event can have repercussions on your career. You need to ruminate so you can come up with a strategy to avoid such mistakes in the future or to fix your image in your boss’s mind.

The point is: If your mind drifts to the past or to the future, it probably has good reasons to do so. It’s your mind that decides where to take ‘you’, based on evolutionarily relevant priorities. You have to take its hand and go along with it.

How to stop ruminating (when it becomes costly)

The important thing to understand about evolved psychological mechanisms is that it doesn’t matter what real-world outcomes they produce in the modern world. Mostly, they work to increase the fitness of the individual i.e. they’re adaptive. Sometimes they don’t.

Psychology is quick to label things as adaptive or maladaptive. This dichotomous thinking isn’t always useful. I’m not arguing that rumination is adaptive, but that it’s designed to be adaptive. Sometimes, the costs associated with it become too high and it becomes ‘maladaptive’.

Take the examples of trauma and depression. Most people who go through a traumatic experience are positively transformed by it.4

Similarly, less than 10% of those suffering from depression suffer from serious negative health effects or commit suicide. I’m sure you’ve heard countless success stories of people who’re grateful they went through a period of depression because it made them who they are.

If most people recover from trauma and achieve great success after going through depression, why shouldn’t we consider these adaptive?

Again, the problem lies in focusing too much on outcome than on design. Depression and rumination are designed to be adaptive. The actual outcome doesn’t matter that much when we’re trying to understand how they work.

Rumination can become costly in some situations. Say you have an important exam coming up and you find yourself ruminating over a negative comment your neighbor passed at you yesterday.

Logically, you know that preparing for the exam is more important. But the fact that you’re ruminating over the comment means your mind has prioritized that problem.

It’s hard for your subconscious to understand that the exam is more important. We didn’t evolve in environments that had exams, but we did where we made enemies and friends.

“I should be studying. Why am I bothered by that comment? What’s wrong with me?”

“Sure, that comment was inappropriate. I’m going to confront my neighbour about it.”

This calms the mind because the problem has been acknowledged and will be taken care of. You free your mental resources to focus on your studies.

A common advice given to people that really grinds my gears is “distract yourself”. It doesn’t work, period. You can’t distract yourself from your thoughts and emotions, not in any healthy way, anyway.

Have you ever wondered why people mostly ruminate at night? It’s because they can distract themselves as much as they want during the day but, at night, they’re forced to be alone with their thoughts.

Cognitive behavior therapy is better than metacognitive therapy because it looks at the content of negative thoughts and tests their validity. If you’re at a point where you’re testing the validity of your thoughts, you’ve already acknowledged them. You’re on the path of reassuring yourself.

This can be effective because you’re showing your mind that you take it seriously enough to consider rumination an important task. This is the opposite of ignoring your mind.

We label thoughts and feelings as positive and negative based on how they feel. Negative emotions are considered bad simply because they feel bad. If negative emotions lead to positive outcomes, it creates problems for such a worldview.

The evolutionary approach promotes a positive view of negative emotions, paradoxical as it may sound. This flies in the face of the clinical view which sees negative emotions as the ‘enemy’ that needs to be defeated.

The mind uses negative moods to warn us and to make us deeply observe the details of the world.5