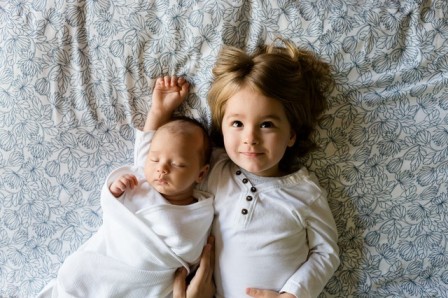 Matt was sure he loved his brother Jeff and believed himself to be free from sibling rivalry. After all, he had never experienced any sibling jealousy.

He could recall experiencing only mild sibling jealousy once or twice in his childhood. That’s it. Both in their late twenties now, Jeff recently got into a relationship while Matt was still single.

When Jeff announced he was in a relationship, Matt was flooded with feelings of jealousy, with an intensity he had never felt before.

Matt’s belief that he was free from sibling rivalry turned out to be wrong, and the whole experience was quite shocking to him.

At first glance, sibling jealousy doesn’t seem to make sense from an evolutionary perspective. Siblings, because they share similar genes, should be inclined to cooperate and help each other achieve reproductive success, right?

If this is the case, then why does sibling rivalry exist?

Origins of the jealousy between siblings

This is where sibling rivalry stems from. This is the behind-the-scenes logic behind why siblings compete. They want the best for their own selves.

Sibling rivalry and rivalry in humans starts early, as soon as the second child is born. The first child, who till now was the centre of everybody’s love and attention, feels dethroned. Things can get worse when the third child is born. The parents figure by this time the other two kids are old enough to take care of themselves.

While sibling rivalry may manifest in children as fights over having the best toy or the best chair, it can rear its ugly head in adulthood in property and inheritance disputes.

Parental action can either weaken or strengthen sibling jealousy. If parents blatantly favor one kid over the other, the feelings of resentment in the unfavored kid will deepen.