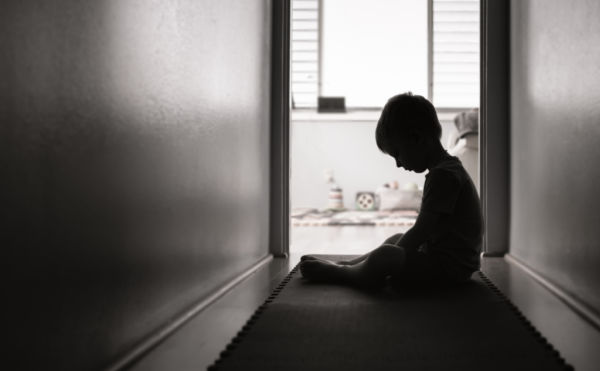 While parents may both abuse and neglect their child, abuse is often intentional harm done to the child. Neglect may or may not be intentional. Circumstances such as the illness of the parent, their injury or death, divorce, frequent travel, or working long hours may lead to unintentional neglect of the child.

All animals raise their offspring in what’s called an evolved developmental niche.1

This mode of raising offspring ensures that offspring can develop optimally. For thousands of years, humans have raised their offspring in their own developmental niche. This niche has some key components that are critical for optimal development of human offspring:

When all these components are present, human children are likely to develop optimally. When some ingredients are missing, problems begin to surface.

As you can see, human children require responsive caregiving, especially from their mothers. Responsive caregiving means that a child’s emotions are acknowledged and responded to. This teaches the child how to communicate, seek and give support- how to bond.

Adults in modern hunter-gatherer societies live like humans have for millennia. They’ve been found to be highly responsive to the needs of their children.2

Being responded to emotionally make children securely attached to their parents. Insecure attachment- a result of non-responsive caregiving- interferes with the child’s normal physiological and psychological development.

Areas of development affected by neglect

According to Corinne Rees3, a UK-based pediatrician, responsive caregiving lays the foundation for the following key areas of development:

Let’s briefly go over these one by one:

Gaining social support can be an effective way to regulate stress. Children who’re emotionally neglected may fail to learn how to cope with stress.

As adults, they might suffer from all kinds of problems that emanate from being unable to cope with stress, ranging from depression to eating disorders.4

When children’s emotions are acknowledged and validated, it teaches them who they are and how they feel is important. This eventually leads to a formation of a healthy self-image.

Emotional neglect, in contrast, teaches them that they and their feelings don’t matter.

Because children heavily depend on their parents for survival, they always see their parents in a positive light. Hence, if they cannot get emotional support, they’re likely to think it’s their own fault. This leads to developing a flawed self-image and a harboring of guilt and shame.

Emotions help us relate to others. Responding emotionally to other humans and being emotionally responded to help us connect with them. Children who’re emotionally neglected may come to believe that relationships aren’t supportive or don’t foster any connection.

They may grow up to believe that emotions, relationships, and intimacy aren’t important. They might struggle to connect emotionally with their partners and may become emotionally unavailable.

A large part of communicating with others involves the sharing of emotions. An emotionally neglected child might fail to learn how to communicate their emotions effectively.

Also, some studies have linked early emotional neglect with alexithymia, a personality trait where a person cannot identify and communicate their personal feelings.6

5. Preconceptions of the world

An emotionally neglected child is bound to think that all humans are emotionally unresponsive. We tend to model humans based on our earliest interactions with our parents.

Only when we grow up and come into greater contact with the outside world do we realize that the world is much bigger. Still, our earliest interactions with our parents inform our expectations of others. If our parents were emotionally unresponsive, we expect others to be so as well.

Why does childhood emotional neglect happen?

Childhood emotional neglect is a confusing phenomenon for many and for good reason. After all, we’ve been told that parents have the best interests of children in mind, right?

Well, not always- especially not when their best interests clash with those of their children.

Going back to the basics, offspring are essentially vehicles for carrying forward the parents’ genes. Parents care for offspring primarily to raise them up until they’re fit for reproduction.

In other words, offspring help parents reach their goal of spreading their genes further down the generations.

The offspring wants to survive, irrespective of its chances of reproduction, but it’s the parents who have to invest in the offspring’s survival. And parents don’t want their investment getting wasted.

For example, in species with internal fertilization such as mammals and birds, females often mate with multiple males. In such species, males are more likely than females to neglect or destroy their offspring because they can’t be sure that the offspring are their own.

Also, in polygynous species, males have an incentive to abandon their offspring and move on to produce offspring with the next female, thereby maximizing their own reproductive success.

This explains why so many human males abandon their families- why the ‘absent father’ phenomenon is so common in humans.

We’re not letting females off the hook easily, don’t worry.

Human females can also neglect, abuse or destroy their own offspring in some special circumstances.

One example would be when their offspring suffer from some physical or mental handicap that reduces the chances of their future survival and reproduction.8

This is most likely what happened in the Susan Smith case I wrote an article about previously.

Not fit to parent

Neglecting offspring happens when investing in offspring is disadvantageous. Other than the offspring or one’s mate being low quality, certain parental characteristics may also contribute to neglect.

For instance, parents who suffer from psychological problems may see themselves unfit for parenting. They might have had children out of familial or societal pressure.

They end up neglecting their children because, deep down, they believe they’re not fit to parent. This explains why parents who neglect their children often have psychological problems of their own, such as alcoholism or substance abuse.

Besides psychological problems, financial problems may also lead parents to believe they’re not fit to parent or that parental investment isn’t worthwhile. Parents with poor or unstable resources are more likely to inflict abuse on their children.8

The bottom-line is this:

Parents will invest emotionally or resource-wise in their children when they believe that the investment will yield reproductive returns. If they think that investing in their child is going to block their own reproductive success, they’ll likely neglect or abuse the child.

This underlying program is reflected in the words of parents when they say things like:

“If I didn’t have you, I would have a job and more money.”

This was said by a mother, a housewife, to her child.

What she’s really saying is this:

“By having you, I restricted my reproductive potential. I could’ve gained more resources and invested them elsewhere, perhaps in some other, worthwhile offspring likely to yield me a higher reproductive return.”

While doing research for this article, I came across another real-life example, said by a distant father to his child:

He went on to marry another woman.

What he was really saying is this:

“I made a mistake by marrying your mother. She passed on her stupidity to you. You’re stupid and won’t succeed (reproduce) in life. You’re not worth investing in, financially or emotionally. I’m better off marrying this new woman who seems smart and will give me smart children who’ll be reproductively successful.”

The harms of childhood emotional neglect are real and serious. It’s important that those who were emotionally neglected in childhood seek support elsewhere and work on themselves.

If you’re a victim of childhood emotional neglect, you might find yourself at a disadvantage compared to others when it comes to handling stress, expressing emotions, and forming relationships.

By working on yourself, you can move through these obstacles and live a fulfilling life.

I don’t think cutting off your parents is helpful. They probably didn’t have the slightest clue why they did what they did. Since you’re reading here, I’m sure you can understand that most people don’t, either.

Unless your parents did something extreme, I recommend not spoiling your ties with them. After all, they’re your genes and you’re always going to care about them at some level.

Some people blame all of their life’s failures on their parents when they should’ve spent time working on themselves. Others may accuse their parents of neglect, when there was little or none present.

Thing is, we’re all designed by evolution to be ultimately selfish- to only care about our own survival and reproduction. This selfishness makes it hard for us to step into others’ shoes and see things from their perspective.

People focus on their own needs 24/7 and cry when they’re not met. They have a bias to select instances from the past where their parents didn’t care for them, ignoring instances when they did.

Before you accuse your parents of neglect, ask yourself:

“Did they never care about me?”

What about when you were sick?

If you can’t recall instances where your parents showered you with love and emotional support, go ahead and blame them all you want.

If you can, then maybe, just maybe, your accusation is only a reflection of your own selfishness.

Reality is rarely so black and white. Abuse versus love, neglect versus support. There are a lot of grey areas that the mind can miss simply because of how it works.