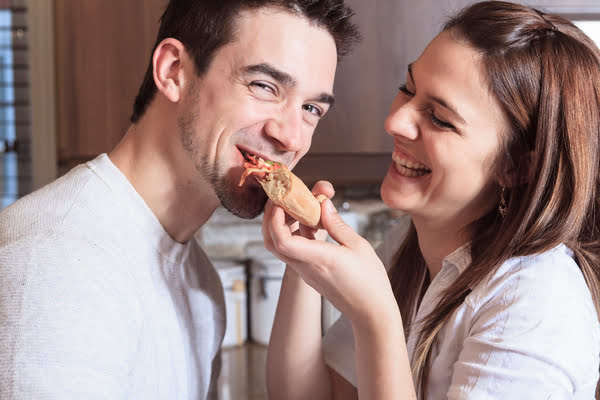 Sibling relationships are a fascinating mix of love, care, rivalry, and jealousy. Siblings compete with each other for parental resources so they can ensure their survival. But they also have a desire to care for and help each other because they share 50% of their genes with one another.

Consequently, the type of relationship you have with your siblings has a significant impact on your mental health. If you’re estranged from a sibling, the pain is comparable to being estranged from a parent or a child.

You may have heard countless historical anecdotes about brothers turning against each other, sometimes even killing each other. But such a thing rarely happens between brothers and sisters.

Too close for comfort

As with most things in life, excess of everything is bad. In a brother-sister relationship, too much closeness can quickly get weird.

A brother-sister relationship exists on a spectrum of closeness. On one end, they’re not close and can be hateful and toxic to each other. On the other end, they can be too close and give off incestual vibes.

The sweet spot in the middle is where a brother-sister relationship can be healthy.

There’s a line that brothers and sisters shouldn’t cross. When they do, the relationship quickly turns from beautiful to cringy and creepy.

Inappropriate sibling relationships in kids and teens can quickly turn abusive. Parents tend to miss this type of abuse because they have difficulty believing their kid can harm their siblings.

This article is focused on adults and how to detect inappropriate sibling relationships in adults.

The awkward feeling you get when you see a brother and sister getting too close results from incest-avoidance psychological mechanisms. When humans breed with genetically close relatives, they increase the odds of genetic defects in offspring.

So, evolution figured out a way for us to be repelled by such relationships using feelings of weirdness and disgust.

In some situations, however, other psychological forces can override these mechanisms.

For example, if a brother and sister go through a traumatic event together, the desire to bond romantically may override their repulsion mechanisms.

Still, the repulsion is so strong that when celebrities, TV shows, or movies use incestual themes for publicity and controversy, it always works. It creates a wave of headlines in the media that lasts for years.

Who cares the most and why

As mentioned earlier, parents can easily miss and sometimes even condone inappropriate sibling relationships. They have little to lose if their children are too close. They’ve already achieved the bulk of their reproductive success by giving birth to and raising offspring.

What they don’t want are deformed grandkids.

So, it may take a long time for parents to realize that their children of opposite genders are inappropriately close.

The person who’s most likely to suffer from this odd relationship dynamic is the sibling’s romantic partner.

When two people enter a romantic relationship, they have certain expectations from each other. They need each other’s love, care, and attention.

When you enter a romantic relationship with someone too close to a sibling of the opposite gender, you feel threatened.

So, inappropriate sibling relationships are most concerning to romantic partners who stand to lose the most in case a weird brother-sister dynamic turns into a brother-husband and sister-wife thing.

How to tell if a brother and sister are too close?

If a brother and a sister do with each other what they’re supposed to do with their romantic partners, then they’re too close. Period.

Here are a few signs that indicate an inappropriately close relationship between a brother and a sister:

Keep the context in mind when you see these body language signs of flirtation in siblings. Sometimes, some of these behaviors can be appropriate when the context is considered.

For example, it’s appropriate for someone to hug their sister for a long time if they see her after years.

Similarly, it’s okay for someone to hold their sister’s hand when helping her cross the road. It’s care and protectiveness devoid of any romance.

In contrast, flirtatious behaviors with romantic partners tend to be non-contextual and frequent.

2. Frequently hanging out together

When someone enters a romantic relationship, their partner deserves the bulk of their attention.

3. Frequently talking about each other

We frequently talk about the person who’s the center of our life.

If someone can’t shut up about their sibling, it can indicate they’re too close.

4. Caring too much for each other

When siblings are young, they’re expected to care a lot for each other. As they grow up and become independent, they don’t need the same level of care from each other. Care is still there, but its level and frequency drop.

When someone enters a romantic relationship, they start to care about their partner like they cared for their sibling in childhood. This is expected.

This expectation gets violated when you see a brother and sister, both adults, still caring too much for each other.

An episode from Friends depicts this situation perfectly:

5. Jealous of each other’s romantic relationship

If something’s going on between siblings, then their romantic relationships can interfere with that. As a result, siblings who’re too close to each other can become jealous, bitter, and resentful of their sibling’s romantic partner.

If your relationship partner talks about inappropriate topics with their sibling but not with you, you’re justified in feeling weird about it.

Compliments one should only give to one’s romantic partner, when given to a sibling, come across as super weird.

If a brother calls his sister “hot”, incest-avoidance alarm bells in people’s minds go off.

“Pretty” or “beautiful” is okay because these terms don’t have reproductive connotations.

Would it be appropriate for a father to call his daughter “hot”? Or for a son to call his mother “hot”?

If your romantic partner sends their sibling selfies asking, “How do I look?” and they reply, “Hot”, we have a problem.

This conversation should be happening between you and your partner.

Of course, siblings can ask each other how they look occasionally. But not more than they ask their partners and best friends.

When lovers go on dates, they sometimes eat from the same plate and drink from the same straw. They also feed each other. Such behavior isn’t expected from siblings. When this happened in the Friends clip above, it was too much for everyone, not just Rachel.