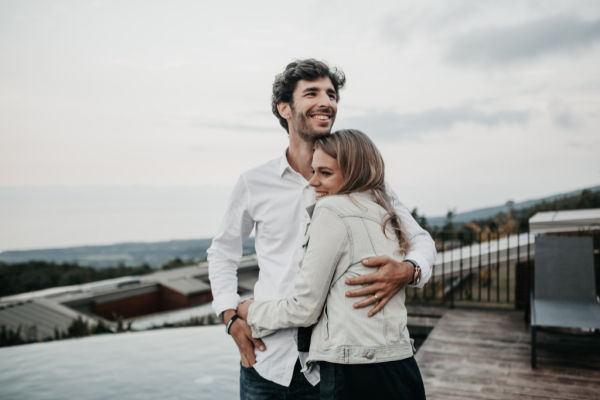 Every relationship we’re part of has its own dynamic, be it with our parents, friends, co-workers or lovers.

For this article, however, we restrict the definition of a relationship to its ordinary sense i.e. a romantic relationship between a man and a woman.

A key feature of relationship dynamics is that they are often repeating and predictable patterns. Analyzing the current dynamics in a relationship can help us predict the trajectory that relationship is likely going to take.

Since we’re wired to form long-term pair bonds, our minds reward us for being in healthy relationships by making us feel good.

Since we’re wired to form and maintain long-term pair bonds, our minds punish us for being in unhealthy relationships by making us feel bad.

Relationships can be healthy, unhealthy, or they can fluctuate from being unhealthy to healthy, and vice versa.

There are many factors that influence relationship dynamics.

I’m talking about the concept of Sexual Market Value (SMV) or mate value. The next section will elaborate on how mate value influences relationship dynamics.

I’ve talked about mate value before in the context of unstable relationships. Essentially, it can be thought of as a number, ranging from 1 to 10, that tells us how attractive a person is to the opposite sex.

We use it in our everyday language when we say, “She’s a 9” or “He’s a 6”. These phrases are often uttered casually and people tend to underestimate the importance of the concept of mate value. They think it’s just a handy little attractiveness metric.

Not only does mate value determine whom we approach during courtship, it also sets in motion relationship dynamics and determines the trajectory the relationship is likely to follow.

Mate value is determined differently for men and women. It includes everything that one sex wants from another- ranging from looks to personality to socioeconomic status.

People seek to approach those who’re within their league i.e. equal, slightly higher, or slightly lower in mate value compared to them. This maximizes the possibility of relationship formation.

Hence, a relationship is like a transaction. You don’t buy a product unless you can be sure you’ll get a fair value exchange.

Understanding this is key because the mate value people have, or perceive themselves to have, affects how they value or treat their relationship partner.

Having comparable mate value is a recipe for a healthy relationship. Each partner is getting what they want and expect to get from the other.

The result is an unhealthy relationship dynamic where one partner keeps the other under their thumb because- well- they can.

Look at some of these toxic phrases that some people use in relationships:

All these sentences suggest a perceived mate value difference. Constant devaluing, criticizing and disrespecting can ultimately end the relationship.

Mate value needs to be comparable not on only during courtship but also during the relationship. If one partner significantly improves themselves, thereby increasing their mate value, the other partner may feel insecure.

In healthy relationships, both partners support each other and help each other grow. Both increase their mate value simultaneously. Both become more valuable to one another.

I was watching a clip where a woman said she didn’t prefer men with 6 pack abs because that would put pressure on her to look good.

Thing is, you don’t have to increase your mate value in the same domain. If your partner looks stunning, you can make up for it in other domains, e.g., having an outstanding personality.

It’s the overall mate value that counts, not mate value in a specific domain. But yes, some domains are more important than others. If your partner is better than you in an important domain, you can make up for it by being good in several other domains.

This way, your overall mate value will add up and become comparable to theirs.

In an ideal relationship, the partners treat each other as equals. That is possible only when the mate value of both is comparable.

As you may expect, changes in relationship dynamics often reflect changes in the mate value of one or both partners. I once saw a movie that highlighted this effectively.

The hero was a famous male singer (high mate value) who fell in love with a pretty woman (high mate value). The woman herself dreamt of becoming a singer. So the man, smitten by her love, taught her to sing.

Ultimately, she became an excellent singer and achieved tremendous success. During this time, the guy paid little attention to his own singing career. As a result, his own career suffered.

The guy was now a failed singer (low mate value), while the woman was pretty and a good singer (higher mate value than before).

In this situation, any woman would’ve left the relationship and sought a better partner. What was beautiful about this movie was that she stood by his side, even though he was struggling. She wanted him to get better.

Unfortunately, the man was too deep in depression to be helped.

The lesson: Take care of yourself first!

It’s hard to help others when you can’t help yourself. As the saying goes, you can’t pour from an empty cup.

What is the current health of your relationship?

The current state of your relationship can provide a clue to where it’s heading. Is there more respect and love? Or is there more disrespect and criticizing?

I’m not suggesting that relationships should always be rosy and conflict-free. The source of the conflict often matters more than the conflict itself.

Situational conflicts tend to be ephemeral but when you attack the person they are, you inflict your relationship with lasting scars.

Other times, conflicts are just a way to unleash hidden disrespect. If your relationship partner picks fights over petty things to disrespect you, it’s probably not what you did but who you are.

They just need an excuse to put you down and remind you of your lower mate value.

If huge mate value differential leads to unstable relationships, how come that woman in the movie didn’t leave the guy?

Maybe her love was unconditional?

What she did was certainly romantic and moving, but this doesn’t mean mate value took a backseat. Love is always conditional.

She had seen him drop from high mate value to a low mate value position. She tried to help him get back to his previous position (rebalancing).

Most importantly, no other guy approached her. If there was another high mate value guy who approached her, she could’ve easily made the switch.

The point is: Market conditions also influence relationship dynamics. People cheat in relationships or end them when they can get better value elsewhere. Similar to how people switch to another brand when their current brand no longer serves them.

In sum, a person will try to get the best they can given their mate value. Just as we like to buy the best product we can with our purchasing power.