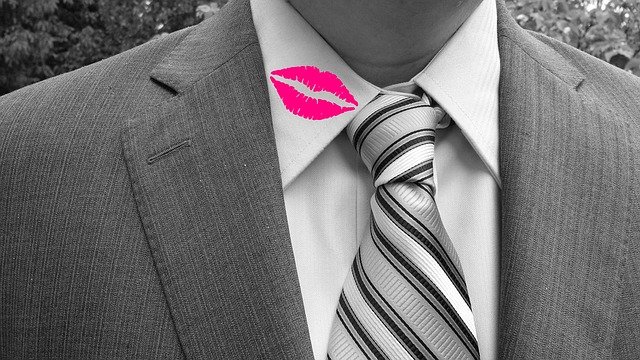 To understand the biological and psychological reasons why men cheat, we need a brief overview of human mating strategies. Mating strategies in humans are essentially of two types- short term and long term.

In this post, we discuss the costs and benefits to men who have affairs i.e. pursue the short-term mating strategy.

Tales of the testes

Ever wondered why men produce huge quantities of sperm cells (about 525 billion!) throughout their lives?

One answer lies in the phenomenon known as the human sperm competition.

Sperm competition thus exerts selection pressure on males to produce large ejaculates containing numerous sperm. In the race to reach the valuable egg, the larger, sperm-laden ejaculate has an advantage in displacing the ejaculates of other men in the woman’s reproductive tract.

This is also the reason why men, at the time of orgasm, shoot semen with an average speed of 28 miles per hour.

Surely, the ejaculate is trying to get somewhere important and is in a hurry to beat other folks in the way.

Add to this the fact that sperm cells of different males in the reproductive tract of a female engage in warfare and literally kill or incapacitate each other to prevent each other from reaching the egg.

Long story short, men prefer a short-term mating strategy when all else is constant. This enables them to pass on maximum genes to the succeeding generations.

Now, this doesn’t mean that all men pursue the short-term mating strategy. It means that there’s a biological urge for men to do so. Whether they act on their urges depends on numerous environmental, social, cultural, and contextual factors.

Interestingly, while pursuing the short-term mating strategy, men seem to significantly relax the standards of women with whom they’d like to mate. Traits that they value in a long-term mate- kindness, intelligence, honesty, and fidelity no longer matter when they’re looking for casual sex. Just the fact that she’s physically attractive does it for them.

At times, as many comedians have joked about, men admit that they reach high levels of desperation. Then, it doesn’t even matter if the woman is attractive. They get to a point where they’d basically have sex with “anything that moves”.

While seeking affairs, men seek women who seem sexually accessible- who wouldn’t make them jump through hoops before consenting to sex. Time, energy, and resources devoted to women unlikely to consent to sex would interfere with the successful pursuit of short-term mating.

Hence women who show signs of being prudish, sexually inexperienced, conservative, or low in sex drive are disfavored. Clothes signaling sexual openness or behavior signaling promiscuity, something undesirable in a long-term mate may be desired by men seeking short-term mates.

Besides greater risk of contracting an STD and destabilizing their long-term relationship (if they have one), the risks for men in short-term mating are non-existent.

Our early male ancestors must have indiscriminately pursued the short-term mating strategy to maximize their reproductive success. Those who didn’t were likely wiped out from the population by natural selection.

There are factors other than sex that can make men cheat on their partners. Since ancestral males largely played the role of protectors and providers, modern men have inherited these roles. Men’s psychology is such that they get a self-esteem boost when they protect and provide.

If these roles are somehow threatened, there’s a risk that their self-esteem will drop. For example, if a woman is dominant and plays ‘man of the house’, this may lower the self-esteem of his partner. He may then be motivated to seek a more submissive partner.

Similarly, if a woman is able to provide more, men’s self-esteem may also start to shake. There’s a reason why successful women prefer men who’re more successful than them. The pairing of a high-status woman and low-status man is an unstable pairing. That’s why you rarely find it out there.

It follows that lack of appreciation for their efforts to protect and provide may also drive men to cheat on their partners.

Of course, men who’re aware of these tendencies in themselves can better manage their emotions and work through the difficulties in their relationships. Provided they believe their current partner is worth it.

The bottom line is that men, like women, enter relationships to meet certain biological and psychological needs. When these needs are not met, the likelihood of straying increases.