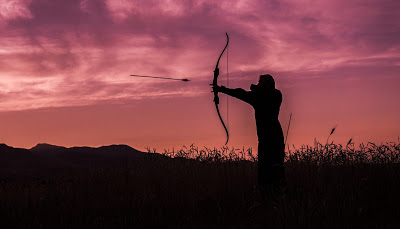 Modern homo sapiens evolved around 200,000 years ago and lived mainly as hunter-gatherers. They mostly led nomadic lives moving from place to place in search of food. Their bodies had evolved to make them efficient hunter-gatherers and this continued for thousands of years.

Changes in the hunter-gatherer way of life began only recently with respect to our entire evolutionary history, around 10,000 years ago when agriculture was invented. Then people began to settle along fertile lands and river valleys.

Few hundred years ago, a more dramatic change occurred in the way of life of humans occurred when the industrial revolution began.

Whenever there’s a significant change in the environment that alters an organism’s mode of procuring food and reproduction, it is forced to evolve to become better-suited to its new environment. This is known as selection pressure.

The selection pressure of agriculture or industrial revolution did change the way we procured food but it had little impact on our reproduction, which is a more important factor than survival in the evolution of species.

In other words, agriculture and industrial revolution are fairly new events in our evolutionary history that have had little influence on our ability to reproduce. Hence, these events have not had a significant influence on the further evolution of homo sapiens.

Even if they did influence human evolution somehow, creating some sort of imperceptible selection pressure, the changes will only manifest in the population after thousands of generations because evolution is typically a slow process.

Thus, barring some primitive societies, most of us are stuck with Stone Age brains and bodies in a modern, industrial environment. Our evolved psychological mechanisms are designed to work in the context of a hunter-gatherer environment.

The implications of this can be seen in our food preferences and physical activity.

In the hunter-gatherer environment, food was scarce and hard to obtain. Hunting was a difficult, risky and unpredictable task. To gather fruits and other edible stuff from the plants, our ancestors had to constantly move from place to place because this source of food became unavailable in winter.

Thus our bodies evolved a strong liking for carbohydrates and fats. Carbohydrates provided instant energy and were a boon to the nomadic people who were always on the move and needed quick sources of energy.

Fats, on the other hand, had an even more important function. They allowed our ancestors to store food in their bodies for long periods of time.

In today’s environment, carbohydrates and fats pose a risk to our health. We don’t move as much as our ancestors did and the food is available throughout the year. Today, excess carbohydrates can lead to metabolic syndrome and diabetes while excess fats can clog our arteries and give us a heart attack.

Though our life expectancy has increased compared to that of our ancestors, most of us are not nearly as physically active as our ancestors were. Inactivity increases the risk of muscle atrophy and various cardiovascular conditions.

Our ancestors who invented agriculture surely must have chilled out and lazed around every once in a while but they still had to do the strenuous physical work of sowing the crops and harvesting them.

When the industrial revolution came, machines replaced human labor to a great extent and physical inactivity really started to make its way in the day-to-day lives of humans. With the technological explosion of the last century, lack of physical activity has now become a norm. Obesity is on the verge of becoming a global epidemic.

Regular physical exercise goes a long way in maintaining our health and fitness. Our bodies are designed to be physically active and not sit in a chair all day.