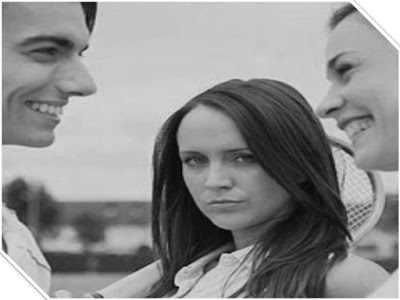 Have you experienced feelings of jealousy before?
Why do people get jealous sometimes?
What factors give rise to jealousy?

Aqib and Saqib were two classmates in an engineering college. After graduation, Aqib desperately searched for a job for months but couldn’t find one. He started to doubt his ability to ever find a decent job. One day Aqib met Saqib by coincidence while shopping.

They both greeted each other and Saqib told Aqib that he had managed to get a job at a reputed company. Aqib was in a good mood before he met Saqib in the shopping mall. After hearing the news about Saqib’s job, he suddenly felt jealous and went home feeling bad.

Jealousy is an emotion that we experience when the following three things happen simultaneously:

All these ingredients are essential for the emotion of jealousy to cook up in your mind and the absence of any one of these won’t cause jealousy. Therefore, in the above example:

People whom we don’t see as a ‘competition’ do not make us feel jealous.

For example, if you wanted to buy a Lamborghini, then the richest person on the earth driving one won’t make you jealous but if a friend of yours or a co-worker managed to get one then you’ll feel very jealous.

Aqib thought of Saqib as a ‘competitor’ in getting that job since they were from the same batch and as Saqib had already won therefore Aqib felt defeated.

Jealousy is nothing but finding yourself in a defeated position while comparing yourself with a ‘competitor’ who already won by getting the thing that you wanted to get.

When we feel defeated we feel worthless, inferior, and insecure. This is what makes us feel bad and disturbs our psychological balance.

When our psychological balance gets disturbed we do things to restore it.

What jealous people do (Identifying jealousy)

A jealous person feels inferior. So he does his best to feel superior again in order to feel better and restore his psychological stability. A person who is jealous of you won’t admit it directly to protect his ego but he will do some things that can reveal his jealousy towards you indirectly, such as:

A major reason why someone would put you down especially in front of others is that he is jealous of you. By putting you down the jealous person feels superior and restores his psychological balance.

Criticism is a common way by which someone who is jealous of you might try to put you down.

I’m not talking about the constructive criticism that your friends and well-wishers may provide in order to help you become better.

The type of criticism that I’m talking about is the one that is usually done publicly to humiliate you and not to help you in any way. If someone keeps on criticizing you unnecessarily and putting you down, it is very likely that the person is jealous.

Not all people who are jealous of you will put you down directly. In fact, in most cases, jealous people resort to gossiping because it’s easier and safer. By talking bad about you behind your back, a jealous person is essentially doing the same thing- trying to feel superior by making you appear inferior.

A jealous person sees you as a threat and therefore naturally has some degree of hatred towards you. By gossiping, they not only try to feel superior but also try to make others hate you just like they do.

The way a jealous person thinks makes it hard for him to congratulate you or compliment you for your achievements.

The hatred that a jealous person has for you does not allow him to make you happier by complimenting you. Compliments and praises make us happy and for a jealous person seeing you happy is painful and he would never imagine causing himself this pain.

What jealous people ought to do

Jealousy is a useful emotion (yes, you read that right) provided you understand it and deal with it correctly. Jealousy is a sign that you are lacking confidence and having doubts about achieving something that is important to you.

The first step to overcome jealousy would, therefore, be to identify the things that you want and then take actions that remove your self-doubts about achieving those things.

For example, if you are jealous of a friend who has a muscular body, then by starting to lift weights your jealousy will ease because now you are sure that one day you will become muscular.

So, instead of putting others down again and again to ease jealousy, a better option would be to admit that you are jealous and try to figure out the reasons behind your jealousy. Identify what it is that you want and reassure yourself that you can still achieve it.

There’s a subtle difference between jealousy and envy. Envy means wanting something someone has and jealousy also means the same thing except the fact that in jealousy we simply do not believe in ourselves.

When we are envious, it is something positive and motivates us to obtain what we envy because we believe we can. Jealousy stems from fear and envy stems from admiration.