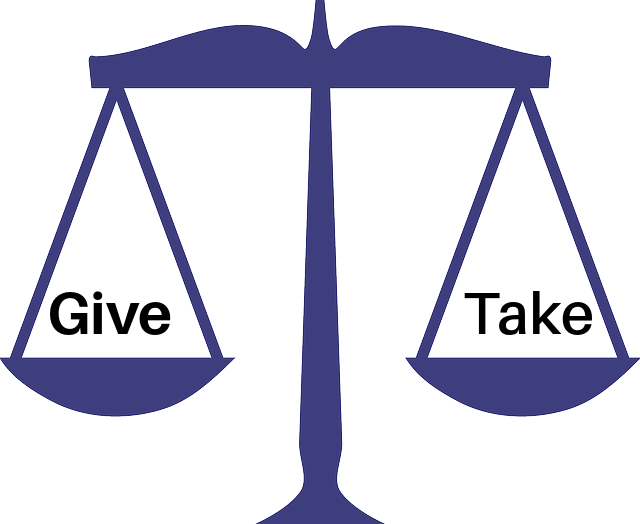 When we think of betrayal, we often think of betrayal in romantic relationships and marriages. While such betrayals are obviously very damaging to the victim, the betrayal of friends can be damaging as well. Yet, people don’t talk about it that often.

In this article, we’ll discuss the phenomenon of friendship betrayal. Focusing on the betrayal of friends is important because almost all relationships start out as friendships. If you can understand and deal with betrayal at the friendship level, you might handle it at the relationship level as well.

We humans have certain needs that can only be met by forming close relationships and friendships with others. These are give-and-take relationships where we get benefits from others while simultaneously providing benefits to them.

For betrayal to happen, you have to first invest in the person. If you’re not invested at all in them, there’s no risk of betrayal.

A stranger is least likely to betray you. Even if they do, it doesn’t hurt as much as a betrayal coming from a close friend. Your enemies can’t betray you. You’re not invested in these people. You don’t trust them to begin with.

In friendships, however, you invest your time, energy and resources. You only do that because you expect things from them in return. If you get very little or nothing back, you feel betrayed.

The psychological experience of betrayal

The degree of hurt you feel when you’re betrayed is proportional to how much you were invested in the friendship. The feelings of hurt are there to motivate you to re-evaluate your relationship with the betrayer.

You can’t keep on investing in a person, getting no returns. When you feel bad after someone betrays you, your mind is basically giving you a chance to redirect your investments elsewhere.

Our ancestors who didn’t evolve such a mechanism would have kept investing in non-fruitful friendships and alliances at their own expense.

Therefore, we have this cheater-detector mechanism in our minds that is sensitive to cues of betrayal.1

In other words, even if we get a whiff of betrayal in a close relationship, we’re likely to jump on it. Letting such instances pass would have been too costly for our ancestors.

In short, we enter friendships with certain expectations. We invest in the other person and try to cultivate trust. When that trust is violated, we feel betrayed. The feelings of betrayal motivate us to avoid future betrayals from the same person and redirect our investments elsewhere.

Just because you feel betrayed doesn’t necessarily mean your friend intentionally betrayed you. As mentioned in the previous section, our cheater-detector mechanism is highly active and ready to jump on and call out instances of betrayal. It just wants to protect us.

However, it’s crucial to differentiate between intentional and unintentional betrayal. Only when you can be sure that your friend has intentionally betrayed you should you consider a course of action like terminating your friendship with them.

That is likely to be the case if they’ve had an excellent track record with you. You’ve had no reason to doubt them in the past. If you often find yourself doubting that person, it’s likely that they’re dishonest. The frequency matters here.

They attributed their betrayal to their temporary mental and emotional states. For example, “I was going through a rough period” or “I couldn’t resist the temptation” or “I was intoxicated”.

In contrast, when describing episodes where they were betrayed, they mostly blamed the other person’s stable personality traits. For example, “They have an inherent weakness” or “They have no self-control” or “They lack principles”.

This is why, before accusing someone of betrayal, one should always seek to collect as much information about the situation as possible.

The challenge of friendship and betrayal

One could live in a cave somewhere and totally eliminate the risk of being betrayed, ever. Some people do just that. For most of us, that isn’t an option because we’re willing to risk betrayal to have our important needs met by others.

The challenge of friendship and betrayal is this:

On one hand, we want to get close to a person to have our companionship and intimacy needs met. On the other hand, the closer we get to someone, the more power give them to betray us.

You can’t really get close to someone if you don’t share your life, secrets, and vulnerabilities with them.3

Yet, when they betray you, they’re likely to use those very things against you.

Hence, knowing how to protect yourself from the betrayal of friends is one of the most important life skills you can learn.

How to protect yourself from betrayal

Your friend is likely to betray you when they believe they have more to gain from the betrayal than from your friendship. If you can tweak this simple math in your favor, you can significantly reduce your chances of getting betrayed.

Here are some things you can do to reduce the chances of getting betrayed:

1. Have a solid ground for friendship

What’s your friendship based on? I hope you’ve already disabused yourself of the notion of unconditional friendship. There’s simply no such thing.

You probably made this person your friend because you hoped to get something from them. You probably saw them as someone who could help you meet your important needs.

They did the same. They thought they could gain something valuable from you. It’s often hard to pinpoint what mutual benefits a friendship might be based on.

There are many benefits people can gain by being in friendships. These benefits are often comparable in magnitude. In other words, one can’t give their friend much more than they get. This is why you don’t see the rich being friends with the poor. Sure, they might help the poor with charity and stuff, but from a distance.

If a rich person did become friends with a poor person, the latter will gain much more from the friendship than they can give. This imbalance is what makes such friendships extremely rare.

Anyway, the key to avoiding betrayal is to give your friend something they can’t gain elsewhere. If they mainly became your friend because you could help them with studying, then as soon as they graduate, they have no reason to continue being your friend.

In contrast, a friendship that is built on more lasting foundations such as personality traits, shared values, beliefs, and interests is likely to last long. There is minimal risk of betrayal here because you can continue giving them what they want as long as you continue being who you are.

It’s unlikely that your personality will undergo a drastic change. Or that they’ll come across another person who’s just like you- has your unique combination of personality, values, and interests.

By looking for such a solid ground for friendship, you can get better at choosing friends from the outset. Prevention is always better than cure.

2. Be mindful of the shadow of the future

If your newly-made friend knows they won’t interact very much with you in the future, the odds of them betraying you shoot up. Although betrayal does happen in old friendships, new friendships are a breeding ground for betrayal.

This is one reason people who’ve been betrayed and do nothing to punish those betrayers are likely to get betrayed again and again. They’re basically putting a message out there that they’re okay with being betrayed. This encourages potential betrayers even more because they know that the costs of betraying will be low.

When making new friends, it’s a good idea to give some thought to whether it has the potential to last. If it doesn’t, you might only expose yourself to betrayal.

3. Calibrate your opening up to people

You can’t go around opening yourself up to people. You can’t blindly trust everyone. I know this is the age of sharing, social media and public personal lives, but oversharing exposes you to betrayal.

If you’re like most people, you come across a person you’d like to be friends with, and you open yourself up to them. You hope that the other person will also open themselves up to you.

This is a risky strategy. You may find that you’ve opened yourself up to this person, but they haven’t, not nearly to the same extent. Now, if the friendship turns sour, you’ve given them all the weapons to destroy you.

“It’s hard to tell who has your back from who has it long enough just to stab you in it.”

Ideally, you want them to open up first and then calibrate your opening up to their opening up. If they reveal little to you, you do the same. If they reveal a lot, you do too. Your revelations should follow theirs. This way, you’ll always be one step ahead of them.

If the friendship turns sour and they threaten to release your secrets out into the world, you’ll have a whole lot of their secrets to reveal as well. This strategy immunizes you to betrayal.

The only problem with this approach is that you may not come across many people willing to open themselves up to you. I think that’s a good thing because this way you’ll steer clear of most betrayers. Sure, you might end up with fewer friends, but at least you can count on them.

The good news is that if someone makes the effort to open up to you and tries to cultivate trust with you, they’re least likely to betray you. Generally, the more trusting a person is, the less likely they are to break others’ trust.4

Ultimately, however, you should always seek to balance the friendship. You know, make it an equal give-and-take. The best friendships are balanced. They don’t have an imbalance of giving and taking, sharing, and revealing vulnerabilities.