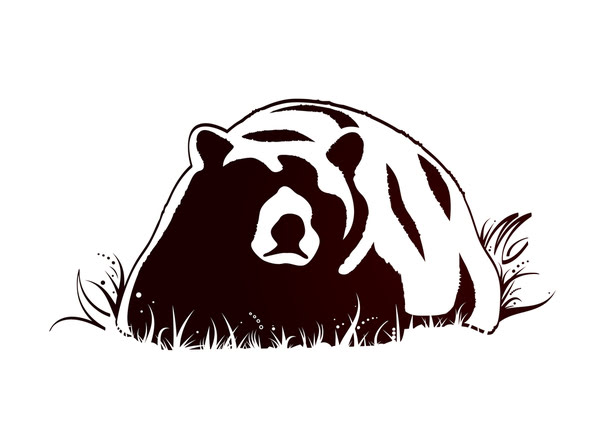 This article will also be loosely based on that template.

Dream interpretation can be tricky. So-called dream experts can get into all sorts of meanings without providing any structure or logic for their interpretations. You’re left wondering, “Okay, of all these meanings, what does MY dream mean?”

In this article, I’ll provide a proper structure to interpret dreams about bears trying to get into your house.

Before you start interpreting your dream, you must recall it as vividly as possible. It’s recommended that you write it down. That way, you can unveil more details.

Once you’re done with that, the next step is to think about your dominant emotion in the dream. It’s possible that you experienced a lot of emotions but what emotion stood out?

When dreaming about a bear trying to get into your house, the dominant emotion you felt in the dream was probably fear.

Now that we know you were afraid or feeling threatened in the dream, the next steps will focus on uncovering what made you feel so threatened.

Let’s assume that the bear in your dream represented a bear (devoid of any symbolism). Of course, we’re all afraid of bears to some extent. They’re dangerous wild animals known to attack humans, after all.

But we don’t all dream about bears trying to get into our houses.

One likely interpretation of your dream is that you’re overly afraid of bears in real life. Something in the recent past may have triggered this fear.

Perhaps you were attacked by a bear in real life or saw someone getting attacked. Or you saw one of those videos on the internet where bears try to enter people’s houses. Maybe you live near a wildlife sanctuary with bears that have attacked people in the past.

The point is: Your dream reflects your fear of a bear getting into your house and attacking you. This is the simplest and the purest interpretation of your dream, without any hidden meanings.

If you’re sure this is not the case, we can move on to more symbolic meanings.

Maybe you read a news story about how a lion terrorized a bunch of hikers. Typically, your mind would broadcast this fear in your dream using the image of a lion.

But if the image of a lion is somehow not readily available to your mind, then your mind could use a bear to represent a lion or wild animals in general.

Here, the bear symbolizes another wild animal- a lion.

The key to interpreting symbols in dreams is to think about what’s similar between the dream symbol (bear) and what it represents (lion). In the above example, the similarity is clear. Both bears and lions are wild animals.

But dream symbolism can get trickier and weirder than this.

3. The bear represents a threatening person

Say you recently got a new job. Your boss is a real menace. He frequently disrespects and criticizes you. While you’re working, he looms around you to micromanage you and point out your mistakes. You’re scared of him. He keeps you on your toes.

This boss of yours is a large, well-built man. He has a thick beard and a hairy chest.

Since you’ve met him recently, your mind doesn’t have enough information on him to use his image in your dream. So, what does your mind do instead?

It represents him with a bear!

In this case, the bear trying to get into your house is your boss trying to invade your privacy.

Similarly, if burglary incidents are on the rise in your area, your mind could use the image of a bear to represent a burglar.

Since burglars don’t usually show their faces, your mind can’t use their image. And they tend to be buff dudes wearing black clothes and masks. Very bear-like.

4. The bear represents a threatening idea

Abstract ideas are more likely to be represented by symbols in dreams.

Say a person has been very sick lately. So sick that the fear of death has started to creep in. How does their mind broadcast this fear of dying in their dreams?

The mind typically has no image to represent death.

So, it uses what’s readily available to it- wild animals- to represent fear of ideas and concepts.

The same goes for fear of an exam, a job interview, or a first date.

Note that in the environments in which our minds evolved, the fear of predators was a common fear. This information is readily available to the mind. This is why you’re more likely to dream about being chased by a wild animal than by a car, a recent technological invention.

Here, we focus on what the bear in your dream is doing. It’s trying to enter your house, which means it hasn’t succeeded in entering your house.

This could mean you’ve successfully tackled a major threat in your real life. But it’s not over yet. The danger is still around the corner. You still have to be careful.

Say you decided to cut off a toxic relative from your life. Since they’re related to you, you will occasionally see them. They’re not entirely out of your life. You still have to be on your feet around them.

This is what your dream could be telling you.