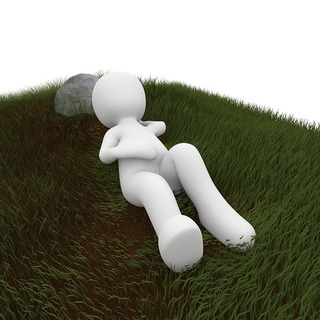 Procrastination means avoiding or delaying the important tasks that you know you should be doing.

My aim in writing this post is to help you look at procrastination from every possible psychological angle so that you can get a better understanding of it. When you understand how procrastination works, you can then develop the insights needed to avoid falling into the same traps again and again.

All the different reasons why we procrastinate can be grouped under one heading- pain avoidance. Avoiding pain is a great reward for the human mind and it’ll do what it can to achieve that end.

If I was a god and had to send down one revelation that people could inscribe in stone tablets and remember forever, it would be this:

“Behind every human action, there is some kind of a reward, conscious or unconscious, perceived or real”.

Procrastination, no matter how wasteful an activity it seems and no matter how guilty it ultimately makes you feel, is seen by your mind as some sort of reward-generating behavior. Otherwise, there’s no way you would be doing it in the first place.

Since you do it and perhaps do it regularly, it means there is some reward that is linked to it.

Like I said this reward is pain-avoidance. We procrastinate on the things that have the potential of causing us psychological or physical pain. Procrastination is essentially a defense mechanism of the mind to protect you from perceived pain.

We always procrastinate when we’ve got something difficult to do- a big project to work on, study, exercise, etc. Compare this to the activities that are easy and hardly cause any emotional or physical pain- eating, watching TV, relaxing, listening to music, and so on. We never procrastinate on these things.

“I had to watch a movie but I procrastinated”, said no one ever.

Another big reason why we procrastinate on certain tasks is a complete lack of interest in those tasks. Studies after studies have shown that college students are the biggest procrastinators.

The reason is simple- the courses that they study suck and they only take them because some Uncle Fred told them it would make them financially secure.

Students who study the courses of their choice and interest seldom procrastinate. When I chose engineering at the time of my admission to college, I was very much interested in it. But formal education in our area is rotten to the core and so I quickly lost interest.

The result being that college turned me into a giant procrastinating machine, to the extent that I only studied for exams the morning they were scheduled to be held, something I could never even dream of doing in high school.

On the contrary, I rarely procrastinate when I’m studying human behaviour and researching for this blog. I could go on doing it for days and nights continuously without a halt had it not been for the mental exhaustion that it causes over time and the need to handle other responsibilities of life.

Yet another major reason for procrastination is a fear of failure. You can never fail if you never try. Some people are so afraid of failing that it paralyzes them and so they keep on procrastinating on the things that they know in their hearts they should be doing.

This gives them an illusion of control over their lives. After all, if you remain in the comfort zone and in the realm of the known, you remain calm and in control.

When you break out of your comfort zone and step into the unknown, it creates chaos and a loss of control. Being in control is a core human need.

What if things don’t work out? What if I don’t cut it? What if I fall face down onto the ground?

Know that all growth is the result of creation after destruction, order after chaos, assembly after dis-assembly.

The mechanics of procrastination

In order to overcome procrastination, you have to first know what it looks like. When you’re procrastinating, you’ll usually find yourself doing mindless activities and indulging in bad habits. Things that you normally love doing in your leisure time you will find dull, boring and bland when you can’t stop procrastinating.

This is because your mind is preoccupied with the worry of the task that you’re avoiding. On one hand, you know that doing the task is important but on the other hand, you also know that it’s difficult or painful.

This inner conflict is overwhelming and so you have to soothe your mind by doing something pleasurable, like indulging in bad habits.

Almost always, the result is that you feel worse at the end of this cycle because you become overwhelmed, not only by the worry of not doing the task but also because of the guilt of indulging in bad habits and other unproductive behaviours.

I researched the topic of procrastination a lot but didn’t find anything effective and powerful. People just keep repeating the same ‘snap out of it’ advice and all the techniques they suggest can be summarized in one phrase- Don’t procrastinate.

After understanding the human mind better, I devised my own technique to overcome procrastination which is rather counter-intuitive. You don’t have to do much, except play some mind games with yourself.

Here’s what you need to do:

To overcome procrastination, you need to train your mind to see it as a painful activity.

We procrastinate because our mind focuses on the short-term pleasure that we gain while procrastinating while completely missing the bigger picture.

When you feel crappy after a bout of procrastination, tell yourself something like, “See, this is what happens when you procrastinate” and recreate the actions that you just did in your mind again and again and feel the pain that they ultimately caused.

When you do this again and again, a time will come when your mind will succeed in associating pain with procrastination, which will supersede the short-term bursts of pleasure that result from procrastination and in indulging in bad habits.

You’ll teach your mind that procrastination always leads to pain and as a result, you’ll become leerier and leerier of indulging in it.

So, in order to overcome procrastination, you have to procrastinate enough number of times till you associate pain with it.