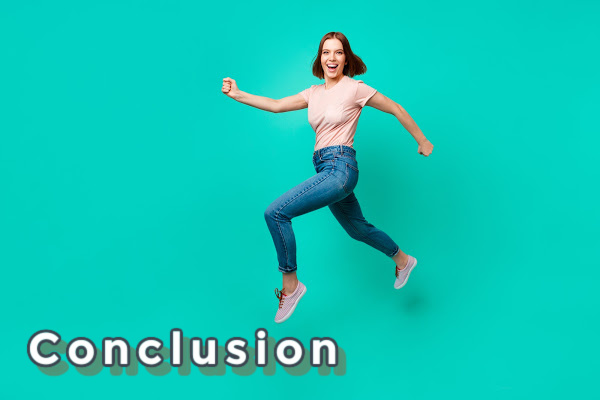 Humans jump to conclusions using heuristics or mental shortcuts based on rules of thumb, emotion, experience, and memory as opposed to more information. Jumping to conclusions is fuelled by the desire to seek closure and end uncertainty.

As you can see from these examples, common ways in which the jumping to conclusion bias manifests are:

Why do people jump to conclusions?

Jumping to conclusions is not only fuelled by minimal information and seeking closure but also by the tendency to confirm one’s beliefs, disregarding evidence to the contrary.1

Given that jumping to conclusions often leads to wrong conclusions, it’s easy to miss that they can sometimes lead to right conclusions.

Vicki got bad vibes from this guy on a blind date. She later came to know he was an inveterate liar.

While driving, Mark hit the brakes instantly without knowing why. When he settled down, he noticed there was a rabbit on the road.

We can sometimes come to the right conclusion based on our fast, intuitive thinking. Usually, these are situations where we detect some kind of threat.

Jumping to conclusions is primarily a threat-detection information processing system that evolved to help us detect threats quickly and act quickly. Our ancestors who detected and acted on a threat quickly out-survived those who didn’t have this ability.

That jumping to conclusions evolved as a threat-detection mechanism is evident in how people use it in modern times for reaching conclusions regarding evolutionarily relevant threats. If you look at the above examples, they’re all somehow connected to survival and reproductive success.

In other words, we’re likely to jump to conclusions when the threats we’re dealing with threaten our survival and reproductive success.

The costs of making a wrong judgment are lower than the costs of avoiding or delaying making a conclusion. It’s what evolutionary psychologist Paul Gilbert aptly calls the ‘better safe than sorry strategy.2

Our evolutionary environments were laden with survival and social threats. We had to be on guard to avoid predators and attacks from other humans. We needed to be mindful of who was dominant and who was subordinate in our social group.

Moreover, we had to keep track of our allies and enemies. Also, we had to be on guard to avoid deception from our mates and friends.

Interestingly, these are the very domains in which people are prone to jump to conclusions in modern times.

To give you more examples:

1. Thinking your crush is into you because they smiled at you once

In extreme cases, this tendency can lead to delusional thinking and a psychiatric condition called erotomania where a person falsely believes they’re in a romantic relationship with their crush.

2. Mistaking a random person on the street for your crush

They might have some visual similarity with your crush. For example, same height, hair, facial shape, gait, etc.

This is also why we sometimes mistake a stranger for a friend, greet them, and then come to realize, rather awkwardly, that they’re a complete stranger.

From an evolutionary perspective, it’s more costly for your friendship to not greet your friends when you encounter them than to greet the wrong person. Therefore, you end up overdoing it to minimize the costs of not doing it.

3. Mistaking a piece of rope for a snake or a bundle of thread for a spider

Again, it’s same ‘better safe than sorry’ logic. Have you ever mistaken a spider for a bundle of thread or a snake for a piece of rope? Never happens. Pieces of ropes or bundles of thread were not a threat in our evolutionary past.

Slow, rational thinking evolved recently compared to fast, jumping to conclusions thinking. But many modern problems require slow, rational analysis. Many complex problems, by their very nature, are resistant to fast decision-making based on insufficient information.

Indeed, jumping to conclusions when dealing with such problems is the surest way to screw things up.

When it comes to survival and social threats, you shouldn’t give your jumping-to-conclusions tendency a free rein either. Sometimes, even in these domains, jumping to conclusions may lead you down the wrong path.

It’s always, always a good idea to analyze your intuitions. I’m not suggesting you ignore your intuitions, just analyze them when you can. Then, based on the decision to be made, you can decide whether to go with them or drop them.

How not to jump to conclusions

To summarize, following are the things to keep in mind to avoid jumping to conclusions:

Jumping to conclusions and worrying

If you analyze the content of people’s worries, you’ll realize that they’re almost always evolutionarily relevant things. Worrying, seen from this angle, is a psychological mechanism designed to make us better prepared for the future.

If we assume the worst will happen, we’ll do what we can now to avoid it. If we assume things will turn out to be okay, we might be ill-prepared when they don’t.

Hence, the goal shouldn’t be to disregard negative thoughts and emotions like worrying but to analyse how proportionate they are to reality.

Sometimes the worry will be warranted and sometimes it’ll not.

If it’s warranted, better take action to prepare for the future. Your fortune-telling may turn out to be true. If the worry is unwarranted, remind yourself that your mind is overreacting because that’s what it’s designed to do.

You have to think in terms of probabilities. Always be testing what you think and feel with reality. Always be collecting more information. It’s the best way to manage your mind effectively.