When we’re not in a good mood, there’s always a cause behind it. Sometimes the cause may be obvious like, for example, hearing a bad news but at other times you may be totally unaware of the cause as it may have affected you only on a subconscious level.

In this post, I’ll reveal two main causes of bad moods that both revolve around one very important fact…
You won’t get a bad mood unless you receive some kind of external information that makes you think along a particular thinking pattern, which, in turn, reminds you of an unresolved issue or an emotional wound.

This external information can be anything- a place you visit, a person you see, a word that you hear or a status update you come across in the news feed of your social media profile. These bits of information can act as triggers that activate certain thinking patterns in your mind that lead to an unresolved issue or an emotional wound.

Avoiding bad moods is all about avoiding these thinking patterns that end up making you feel bad. You can do this in two ways- either by avoiding the external triggers that have the potential of giving you bad moods or by changing your life situation so that your thinking patterns change automatically and don’t lead you to experience bad moods.


1) Unresolved issues
The unresolved issues that currently bother us are the major causes behind most of our bad moods. We don’t usually feel bad when we have unresolved problems in the background of our minds but only when something happens that forces those problems from the subconscious into the stream of our consciousness.

Since we are in a constant state of receiving info from the environment, the more unresolved issues we have the more likely it is that something will remind us of one of them and we’ll end up not being in a good mood.

A person who wants to be famous but hasn’t done anything yet to achieve fame may feel bad when anything reminds him of his unsolved problem (or unattained goal) such as seeing famous people on TV. He can only stop feeling bad by taking active steps to become a celebrity.
Someone who wants to be rich may feel bad when, walking down the street, he sees a friend in a brand new Porsche. By finding a way to become rich, he can end his bad feelings.
A guy who went through a major breakup without recovering may feel bad when he sees his ex or when something happens that forces him to recall his memories with her. By recovering from the breakup or finding a new partner, he can end his bad emotions.
Remember that your mind sends you bad moods in order to motivate you to resolve your issues. As soon as you start to take actions that can put you on the path of resolving your issues, your bad moods will disappear.

2) Emotional wounds
Emotional wounds are the wounds on our psyche that were inflicted on us throughout our past life experiences, mainly childhood experiences. If you think about it they’re unresolved issues too but of a deeper kind.

These wounds can keep bothering us for our entire life if we don’t acknowledge them and take steps to heal them. The more emotional wounds we have the bigger the chance that some external event can touch one of these wounds and give us a bad mood attack.

A guy who has a low self-esteem because he was abused as a kid may continue to feel bad as an adult when something reminds him of his low self-worth unless he works on improving his self-esteem.
A girl who thinks she’s unattractive will feel bad when she receives critical comments about her looks or when she comes across a more attractive girl. Only by improving her image or fixing the incorrect perception she may have about her image can she make her bad feelings go away.

Bad moods can also be avoided by using self-deception, a classic human ego defense mechanism. When we’re unable to solve a problem or attain a goal, we’re likely to claim that the ‘grapes are sour’.

For instance, if a person has financial issues then instead of taking action to resolve these issues he may abandon them completely and become ‘spiritual’. By turning to spirituality, he creates a bubble around himself where he doesn’t have to care about his problems.

Unresolved issues cannot be buried in the subconscious for long. Sooner or later they rear their ugly head into our consciousness and the defense mechanism that we so meticulously construct often falls apart.

Similarly, many obese people who’re unable to lose weight give up and claim that they’ve finally loved and accepted themselves as they are. This may help them forget about their unresolved issue for a while but as soon as they come across a slim, attractive person, their defense mechanisms will crumble. 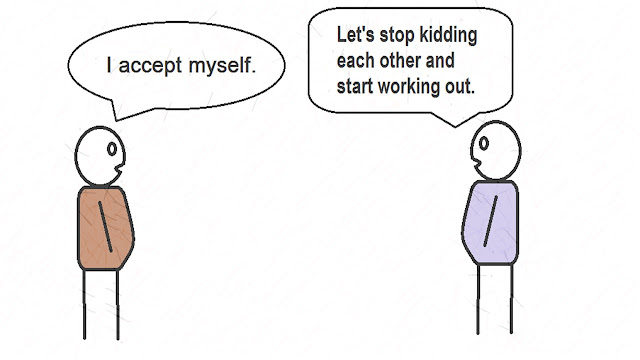 Unresolved issues and unhealed emotional wounds are the major causes of not being in a good mood. Therefore to prevent bad moods, you have two options- to either avoid the triggers that remind you of your problems or start working on resolving them.

While I’m not so sure if you can really do the former (unless you live in a cave) but doing the latter is a sure-fire way to avoid not being in a good mood.

Self-deception may work for a while but in the long run, it’ll only end up making you feel worse.