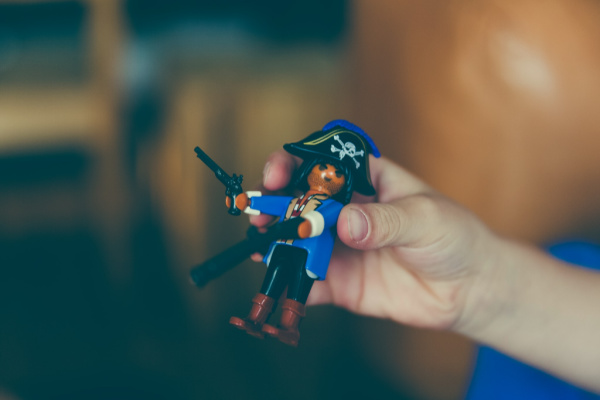 When watching a game on TV, have you noticed how some viewers shout at the players?

“Make the pass, you MORON.”

“You’ve got to hit the home run this time. COME ON!”

I used to think these people were silly and that I could never do such a thing. To my dismay, I caught myself behaving similarly whilst watching movies.

Only after we unconsciously yell at a player, our conscious mind kicks in and makes us realize how silly we were being.

At least players and other celebrities are real people you could meet someday if you got lucky. But people also form parasocial relationships with fictional characters.

This is intriguing because the brain doesn’t seem to care that there is zero chance of meeting these people.

Parasocial relationships can be of two types:

Media consumers form identification-based parasocial relationships when they try to identify with a character they like. Fictional characters are made to be likable. They tend to have the traits and qualities we seek in ourselves. They seem to be living the lives that we want to live.

Identifying with these characters allows people, especially those with low self-esteem, to sort of ‘absorb’ these traits into themselves. It helps them move towards their ideal self.1

You must have noticed that when you watch a character you like, you tend to behave like them. You subconsciously pick up on their mannerisms. The effect is usually temporary. You then come across a new favorite character and then copy them.

Because the effect of this ‘personality theft’ is temporary, some people will watch a show over and over to maintain their new persona. This can easily lead to media addiction.2

There’s nothing wrong with admiring fictional characters and seeing them as role models. We learn a lot from them and they can shape our personality for good. In fact, we all take bits and pieces from different characters to build our personalities.3

When you become too obsessed with a single character, however, that may indicate a problem. It could signal that your sense of self is too weak to rely on your own ‘self’. You’re probably using a fictional character as a crutch for your personality.

Children and teenagers have a weak sense of self. So they’re much more likely to obsess over fictional characters. They have to have that Batman dress and those Superman statuettes as they’re still trying to build their identity.4

When adults behave like this, they come across as childish, silly, and having a weak sense of self.

This is more out there than identifying with these characters- something we all do to some degree.

Why would a person fall in love with a fictional character?

To the brain, mass media is just another way of interacting with people. A central goal of social interaction is finding potential mates. Since fictional characters tend to have desirable traits, these are often traits people are looking for in potential mates.

Hence, they fall in love with these characters who seem perfect. Of course, they’re made to look perfect. The wonderful traits of these fictional characters are often exaggerated.

Humans are complex and rarely fit into the narrow categories of good and bad.

What I’ve found over the years is that the mainstream junk that most people enjoy consuming presents a very simplistic picture of the human psyche.

So I shifted towards watching non-mainstream stuff a long time back and don’t regret it. This type of stuff captures the many shades of the human psyche, the complexities, the contradictions, and the moral dilemmas therein.

Pros and cons of obsessing with fictional characters

The benefit of falling in love with a fictional character is that it gives you a window into your own mind. It tells you what traits and qualities you’re looking for in a potential partner.

But since the positive traits of such characters are exaggerated, you’re likely to get disappointed when people in the real world don’t match your expectations.

The thing to know here is that your brain cannot be fooled for long. Eventually, your conscious mind catches up to the fact that a relationship with a person who doesn’t exist isn’t possible. Noticing this discrepancy between reality and fantasy can cause significant distress.

Also, since the relationship is one-sided, you don’t have to deal with the rejection that is common in the real world.5

You don’t have to deal with the complexities of human nature.

Obsessing with a fictional character could also be a way to prove to the world that you’re a high-value person. The logic goes like this:

Note that the person may not be aware that this subconscious logic is driving their behavior.

People who believe they’re not desirable are more likely to use this logic to present themselves as desirable.

Is obsessing with fictional characters a disorder?

Fictiophilia is not an officially recognized disorder. The main reason for this is that most people form healthy parasocial relationships. They learn from their favorite characters, admire them, assimilate their traits, and move on with their lives.6

Being obsessed with fictional characters is a rare phenomenon.

If your parasocial relationships aren’t impairing your normal life and causing you distress, you have no cause for concern. It’s always good to know why we’re doing what we’re doing though.

Keep in mind the difference between admiration and obsession. When you admire someone, you’re communicating:

Your sense of self remains intact.

When you become obsessed with someone, you lose your ‘self’ to that person. You create a wall between you and them that can’t be climbed. You communicate:

“They’re so great. I can never be like them. So I’m going to ditch myself to become them.”