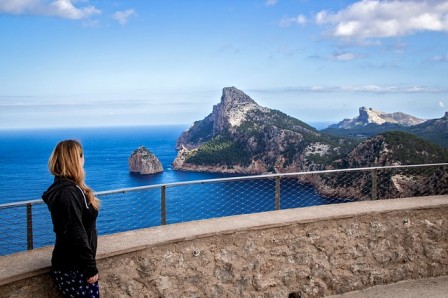 In this article, we’ll explore the psychology of deja vu with a special emphasis on the reasons behind this weird phenomenon.

Deja vu is a French phrase meaning “already seen”. It’s a feeling of familiarity that you get when you’re in a new situation despite knowing you’re experiencing the situation for the first time.

People who experience deja vu usually say something like:

“Though this is the first time I’ve visited this place, I feel like I’ve been here before.”

No, they’re not just trying to sound strange or cool. Deja vu is a fairly common experience. According to studies, about two-thirds of the population have had deja vu experiences.

To understand what causes deja vu, we need to look at the psychological state of deja vu a tad more closely.

Second, we look at what the mind tries to do while being in the state of deja vu.

After the initial feeling of familiarity, we notice that people desperately try to recall why the place looks so familiar. They do a mental scan of their past hoping to find a clue, usually in vain.

This suggests deja vu has something to do with memory recall, otherwise, this cognitive function (memory recall) wouldn’t get activated in the first place.

Now with these two variables at hand (location and memory recall), we can arrive at an explanation as to what triggers deja vu.

Deja vu is triggered when a new situation unconsciously triggers the memory of a past similar situation. Except we fail to consciously recall the precise memory of the latter.

This is why our mind searches and searches, trying to find out the past situation that is similar to the new one we’re currently experiencing.

So deja vu is basically an aberration in the normal way in which memory is recalled. Deja vu may well be defined as ‘an incomplete recollection of a memory’. We have a slight feeling of knowing that we’ve been here before but we can’t exactly recall when.

It’s unclear why some memories are incompletely recalled. A most likely explanation is that such memories were vaguely registered in the first place. It’s a long established fact in psychology that poorly encoded memories are poorly recalled.

Another explanation is that they were registered in the distant past and are buried deep in the unconscious. Our conscious mind may tug at them a little but is unable to fully pull them out of the subconscious, therefore causing us to experience deja vu.

Deja vu is very much like the ‘tip-of-the-tongue’ phenomenon, where instead of a word, we’re unable to recall a situational memory.

“I think I’ve been here before”, you utter with a weird, other-worldly expression on your face.

The thing is, our memory for the arrangement of objects is not so good as that of the objects themselves. If, for example, you notice a new plant in your dad’s garden that he calls his favourite, you may immediately recognize it when you see it next.

But you may not have a good memory of how your dad arranges that plant in his garden. For instance, you’re unlikely to remember where he sows it and next to what other plants.

If you visit a friend who grows a different plant but arranges it in the same fashion as your dad arranges his plant, you might experience deja vu.

Ever had that experience where you look at a word that you’ve looked at a thousand times before, but suddenly it seems like you’re looking at it for the first time?

Well, this feeling that a familiar thing is new or strange is called jamais vu and it’s the opposite of deja vu. In jamais vu, you know what you’re seeing is familiar, but somehow it seems unfamiliar.

An experimenter once made his participants write the word “door” again and again. Soon, more than half of the participants reported experiencing Jamais vu.

Try it out. Write any word or phrase over and over again like Jack Nicholson in The Shining and see what happens. Please don’t lose your mind though.