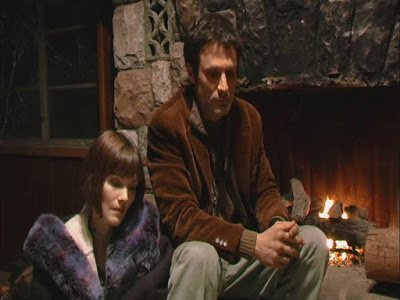 What is it about fire that fascinates us so much? Why are camping trips so incomplete without fires? Why do people like sitting by the fire and having deep, meaningful conversations?

Growing up as a kid, I was always fascinated with fire. I bothered my parents with questions about it. I experimented with it. I burnt a finger on several occasions.

Turns out, I’m not alone. This trend of curiosity around fire and experimenting with it is common among children in modern societies.

Children seem to be more obsessed with learning about lighting, building and maintaining fires. They play more with matchsticks and lighters as kids, burning different materials to check their flammability. Later, as teens and young adults, they crave starting fires on camping trips.

No wonder many have claimed that they enjoy staring at a fire so much that they feel as if they could do it for the rest of their lives.

Mastering fire was perhaps the most pivotal event in the history of mankind. For early humans, fire extended the day, provided heat, helped with hunting, warded off predators and insects, illuminated dark places, and facilitated cooking.

During the Stone Age, humans socialized around campfires, a place where they felt safe and warm. Collecting wood, keeping the fire going, and cooking were all activities that required cooperation of group members.

This is probably why we may have evolved to enjoy being around fires. It was a historically important means of fostering social cohesion. Groups that were socially cohesive had an advantage over those that weren’t.

In modern times, when people settle down in front of a TV or their smartphones to check the latest news or browse social media, they satisfy the same needs for relaxation and socialization.

We have an innate desire to master fire

Living in modern cultures, we’re not required to master fires. Conversely, in primitive and semi-primitive societies, children usually master the skill of starting and maintaining fires around age 7.1

Hence, it’s likely our desire to learn about fire, unmet in childhood, is carried over into adulthood, resulting in a lifelong fascination with fire. Children living in primitive societies, once they’ve learned to master fire, just don’t seem to be interested in it as much.

Fire has been crucial for human survival for about a million years.2 In that time, humans likely evolved psychological mechanisms dedicated to learning about and controlling fire.

Despite all the advantages of fire, it’s dangerous and can harm or even kill. Hence, knowledge of its nature and how it works is essential for promoting one’s own survival.

This is probably why children are universally fascinated by fire as they are by predatory animals. Children show a decent understating of predator-prey dynamics from an early age. They quickly learn which animals are dangerous to them and which aren’t.3

Since both predatory animals and fires can harm or kill them, evolution requires that children be interested or fascinated by both. This tendency would drive them to learn more about these natural threats. When you’re fascinated by something, you want to know more about it.

So when children experiment with fire, testing the flammability of different materials; noting the behaviour of flames in different conditions; checking how strongly they need to blow to put out a fire, and so on, they’re doing it to learn a historically important survival skill.

Why are candle-lit dinners deemed romantic?

Why are so many romantic scenes in movies shot in candle-lit rooms?

I’ve always wondered why, in so many love-making scenes, the camera sometimes focuses on the candles or the fireplace than on the couple.

Since our ancestors mostly relaxed in front of campfires, it’s likely that it was also the time when they had the opportunity to get intimate with each other.

Perhaps the reason why you’re alive and reading this article today is that some distant ancestors of yours got cosy in front of a fire.

All the more reason to like, respect and be thankful to fire.