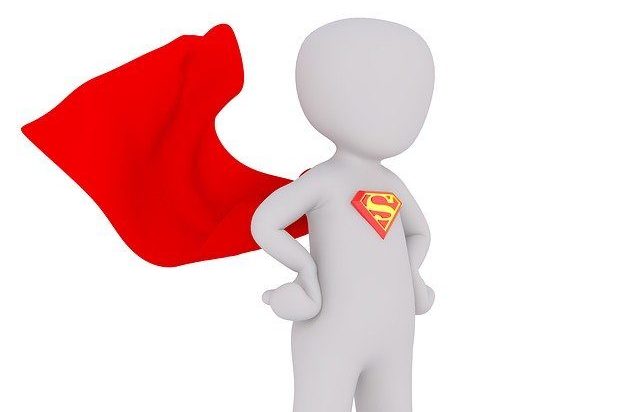 The hands on hips pose is one of the most common body language gestures that we encounter. I’m pretty sure that most people, at least intuitively, know what it means.

Still, the certainty of conscious knowledge is better than intuition. The former makes it less likely for you to ignore a gesture the next time you notice it.

We only feel the need to assert ourselves when our rights are violated or when we encounter an unpleasant situation that requires us to set things straight.

So, it may be that the person who assumes this gesture is angry or irritated. By resting hands on the hips and sometimes opening up the feet to take a wider stance, we try to appear bigger by taking up more space.

In an earlier post about rubbing the neck, I mentioned that animals try to appear bigger during a fight as their fur stands on its end near the skin.1

The entire purpose of trying to appear bigger is to intimidate the other person whom you’re ready to attack.

Pride, confidence, dominance, and assertiveness go hand in hand. In one study, 89% of the participants judged the hands on hips gesture, along with a smile and slightly elevated chin, as a signal of pride.2

Hands on hips during conversations

When you see two people arguing, the person who takes up this gesture is the one who feels more offended. They’re also more likely to be the one to strike the first blow in case the altercation turns physical.

When you’re talking to someone and they rest their hands on their hips, it could mean a number of different things.

It may be that they don’t like how you’re wasting their time with a boring story.

If you’re narrating a story about how you once got out of a troublesome situation, they may have mentally placed themselves in your shoes (called mentalization). They’re probably thinking about what assertive action they’d take if they were in your place.

When observing this gesture during your interactions, try looking at other body language gestures of the person to narrow down the correct meaning. If they have an angry expression on their face, they probably aren’t liking what they’re seeing or hearing and are preparing to confront you.

If they maintain a good distance from the group while resting their hands on their hips, it can be a sign they’re not interested. Also, they may be mentally preparing to leave.

During negotiations, interpreting this gesture along with other body language gestures becomes especially important.

Say you’re making an offer to someone and you notice that they’ve rested their hands on their hips.

The first thing you should note is their hands. As I’ll explain later, based on what their hands are doing, they may be hostile, curious, or annoyed. After this, you should note other aspects of their body language such as evaluation gestures and facial expressions.

Doing this will help you reliably conclude whether or not they like your offer- whether they’re preparing to leave or engage with your offer.

Now, this body language pose may not always reflect assertiveness, but it almost always indicates readiness for action.

Still, most of the time, this gesture has something to do with being assertive in one way or the other.

I want you to recall the images of famous action heroes like Batman or Superman. You often see them in the hands-on-hips pose because they’re always ‘ready for action’, always ready to defeat the evil guys.

A policeman on duty often assumes this gesture, signaling the attitude of “I’m-going-to bust-any-crook-who-messes-around”.

Sometimes, a person assumes this gesture simply because they’re too tired to leave their arms dangling on their sides without support. We notice this in runners when they’re tired after a long run. So keep the context in mind when you interpret this gesture.

If a person assuming this gesture has their hands clenched in a fist-like position, it signals hostility in addition to assertiveness. It may be very difficult, if not impossible, to placate this person.

It is as if the person is ready to punch you with their closed fists. If you irritate this person even a tad more, you might have to face drastic consequences. It’s a good idea to give this person something to hold, forcing them to unclench their fist. This may break their hostile attitude.

Sometimes a person can be ready for action but doesn’t quite know yet what the heck is going on. For instance, if you see your friend arguing with someone, you might immediately rush to defend him without actually knowing what’s happening. This inquisitiveness may get reflected in your body language.

Your hands will rest flat on your hips vertically as shown in the above image instead of the conventional position. This gesture indicates an assertive but also a curious attitude. It is assumed by a person when they want to do something but don’t know what’s going on or aren’t sure what exactly they should be doing.

This gesture is passive and less aggressive compared to the ‘assertive and hostile’ gesture above.

It is commonly observed in women. If you make a mess of your room and your mother or wife sees it, she may not necessarily want to punch you immediately. But she’ll likely be annoyed at you and she might be thinking that she needs to do something about it.

Before I leave, let’s interpret this woman’s body language…

Her body language indicates that she’s annoyed at something or someone and perhaps a little curious about it at the same time.