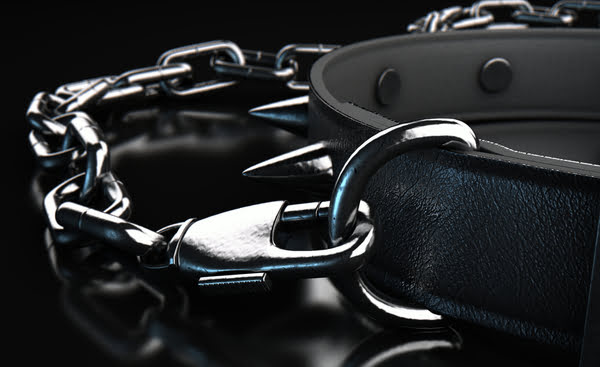 Someone with a fetish has sexual interests so deviant that they seem artificial or made up.

Fetishism is indulging in a fetish, and a fetishist is a person having a fetish. Fetishism belongs to a category of sexual behaviors termed paraphilia, from the Greek para, meaning ‘beside, aside’, and philos, meaning ‘loving’.

Paraphiliacs indulge in sexual behavior that is beside the norm. Fetishism is a type of paraphilia where the fetishist derives sexual pleasure from objects or non-sexual body parts.

Anything that can get fetishized is referred to as a fetish object.

Although one can have a fetish for any object or a non-sexual body part, clothing items are the most common type of fetish object.1

Other common fetish objects include:

Fetishes are not limited to inanimate objects and body parts. Any stimulus (information) that can be sensed or thought about can develop into a fetish. Besides things and non-sexual body parts, activities, images, concepts, or situations can also get fetishized.

A sexual preference is not the same as a fetish. Sexual preferences are specific ways individuals seek to sexually gratify themselves, usually with a sexual partner. A fetish or a kink may or may not involve another partner.

Fetishes tend to be stronger and more deviant than sexual preferences.

Most who have fetishes tend to have harmless fetishes that don’t interfere with other areas of their lives. They do not require indulging in their fetish to get sexually aroused. Though they report fetish sex as more satisfying than non-fetish sexual activity.2

On the extreme end, people with fetishistic disorder need fetishism to get sexually aroused. They may not be able to experience sexual arousal in the absence of the fetish object.

It’s not hard to see how over-reliance on a fetish object for sexual gratification can create problems for an individual.

Many explanations have been put forth to explain fetishism. Let’s dive into a few that make the most sense:

If people are not biologically wired to find objects sexually arousing, then it must be a learned response. Learning by classical conditioning is the best and the most widely accepted explanation of fetishism.3

If you’re new to classical conditioning, here’s a one-paragraph summary of how it works:

When two events happen together, our brains link them to each other. This is because our brains are associating machines. We associate co-occurring things so we can learn the relationship between them.

You must have heard of Pavlov’s dogs.

Pavlov’s dogs salivated (biological response) when presented with food. When he rang a bell and presented the food simultaneously a few times, the dogs associated salivation with the bell.

So, when he rang the bell without food, the dogs salivated.

Salivation (biological response) got paired with something that doesn’t typically cause salivation (ringing a bell).

Sexual arousal is a biological response too. If something causes sexual arousal that doesn’t typically cause sexual arousal (fetish), we can reasonably assume there’s some classical conditioning going on.

Fetishes tend to develop in childhood and adolescence when people first explore sex and sexual arousal. Many people can trace the development of their fetishes to their earliest intense sexual arousal experiences.

When they first experienced sexual arousal, something in the environment got paired with the biological response and developed into a fetish. Such that exposure to the fetish object led to sexual arousal subsequently.

Many fetishes stem from cartoon characters which isn’t all that surprising since children spend a lot of time watching cartoons.

In childhood and early adolescence, our brains are highly impressionable. Any learning by classical conditioning occurring during this time may get deeply ingrained into the psyche.

The fact that almost any stimulus can develop into a fetish is explained well by classical conditioning. How the stimulus gets paired matters.

On top of all this, behavior that gets rewarded gets repeated.

If a fetishist indulges in their fetish and gets aroused (reward), the fetish feeds itself. So, fetishes are a lot like habits and addictions.

Adolescents find themselves in many situations where they get sexually aroused but can’t achieve sexual satisfaction. This creates psychological tension in them that can persist into adulthood.

For instance, if a boy liked a girl with ginger hair in school but couldn’t pursue her, this desire may get stuck in his psyche and develop into an unmet need in adulthood. In adult relationships, he may prefer ginger-haired women or ask his partners to paint their hair ginger.

Sometimes a fetish may help the fetishist satisfy a non-sexual unmet need. There’s this guy who liked being tied to a leash. Upon introspection, he realized that it helped him feel cared for. His parents physically abandoned him as a child.

Which takes us to our next point:

Traumatic experiences make people feel powerless. They feel they can’t control the source of their trauma.

This feeling of a loss of control over their source of trauma can force them to try and regain control over it later in life. They may do this by re-enacting the trauma in safer situations, such as having sex with a trusted partner.

For example, if someone was physically abused as a child, they might like getting physically abused during sex. They’re re-creating their childhood trauma in a safe space so they can get a chance to process it.

How to get rid of a fetish

If you feel your fetish is harming you or those around you, you might want to minimize its hold on your life, if not get rid of it completely.

If your fetish is a classical conditioning response, you can unlink your fetish object from sexual arousal.

To do that, you can simply resist the urge to indulge in your fetish the next time you’re exposed to your fetish object. When you don’t give in to the desire, you’ll make the urge weaker over time.

Eventually, thinking about or getting exposed to the fetish object may no longer produce the unwanted biological response.

You pair your fetish object with something disgusting or fear-inducing. It’s recommended you do this in a controlled environment with a counselor or a therapist.

The cognitive approach to overcoming fetishism involves using your own thoughts of shame and guilt. If you’re ashamed of your fetish, you can think things like:

“What will my colleagues think when they get to know about my fetish?”
“What will my spouse or children think?”

Shame is a powerful emotion and prevents a lot of people from doing a lot of harmful things.

Get realistic about your fetish’s time, energy, and relational costs, and you’ll see that the costs outweigh the benefits.

If your fetish stems from childhood trauma, you can find alternative ways to process your trauma.

For instance, reliving your trauma in the safe space of a therapeutic setting can help you process it. So can talking about it to a trusted romantic partner or a friend.

If your fetish stems from a past unmet sexual need, you may be able to get over it by indulging in it more.

The Zeigarnik effect seems to play a role in the development of fetishes. It states that we keep thinking about unfinished businesses.

Part of the appeal of fetishes may come from how difficult it can be to indulge in them. A lot of fetishes stay in the realm of fantasy and never materialize. So, fetishes tend to have this ‘out of reach’ quality that makes fetishists obsess over them.

If you indulge in a fetish easily and often, the unfinished business in your mind becomes a finished business. You may find that your fetish no longer holds the same charm after you’ve normalized it.