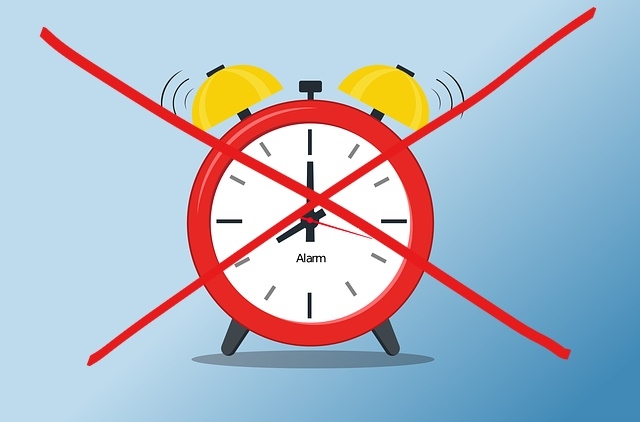 This article will teach you how to wake up early without an alarm. Yes, you heard that right. In order to successfully develop the habit of waking up early, you need to figure out why your mind hasn’t already adopted this useful behavior already.

You know consciously that waking up early is important, otherwise, you wouldn’t be reading this article, but is your subconscious mind convinced?

The key, therefore, is convincing your subconscious mind that waking up early is important.

Recall the days you woke up early

I want you to do a quick recall of the days when you woke up early. What was different about those days?

You’ll realize that whenever you woke up early, you had something exciting to do that day. You were looking forward to something that was so important to you that you couldn’t wait.

The main reason you failed to wake up early on other days was that your subconscious mind didn’t consider ‘waking up early’ important enough.

What if we could deliberately convince our subconscious mind that ‘waking up early’ is important? Won’t it make waking up early a lot easier than to bang your alarm clock and move around the room half-asleep like a zombie?

Steps to wake up early without an alarm

1) First, find something important to do

If you have nothing important to do, there’s no point in waking up early. You could wake up at midday and still not feel guilty about wasting your time, because there was nothing to do with the time.

The first and foremost step is to find something important and a bit exciting to do. Even if the task isn’t that exciting, it should be at least important enough for you. It’s recommended that you choose a task that you have to do at a specific time in the morning. If the task cannot be done at any other time of the day, your subconscious will have added incentive to wake you up early.

Before you sleep, remind yourself of the important task that you have to do tomorrow morning. You can say to yourself something like, “I have to wake up early at 6 a.m. in order to…….” or “Wake me up at 5 a.m. tomorrow because……”

Your mind wants a reason, so you better give it one. The reason should be compelling and important enough for you. Something like this:

It’s surprising how your mind exactly wakes you up at the mentioned time or even earlier. People who’ve used this technique have revealed that sometimes they wake up 1 second before the stipulated time. Others wake up minutes or even hours earlier.

Whatever command you use is up to you, but make sure it contains a specific time and an activity or thing you consider important. Saying the command once to yourself should be enough, but you can repeat it as many times as you want. The goal is to convince your mind about the importance and urgency of the task.

There’s another technique you can use that can also act as a reminder. Before you sleep, go through your to-do list for the next day and pay special attention to the important task you have to do in the morning. The subconscious mind takes written information seriously. It’ll do the best it can to wake you up early.

Repeat the above two steps for 2 or 3 weeks till your subconscious mind learns that waking up early is an important daily activity.

A day will come when you’ll find yourself waking up early, even if you have nothing important to do. But you don’t want to risk un-learning your new habit, so it’s a good idea to always have something useful to do. Motivation is driven by rewards.

The only time this technique might not work is when, at the assigned time, you’re in the middle of a dream your mind considers more important than waking up. Since that happens rarely, you can safely count on this technique.