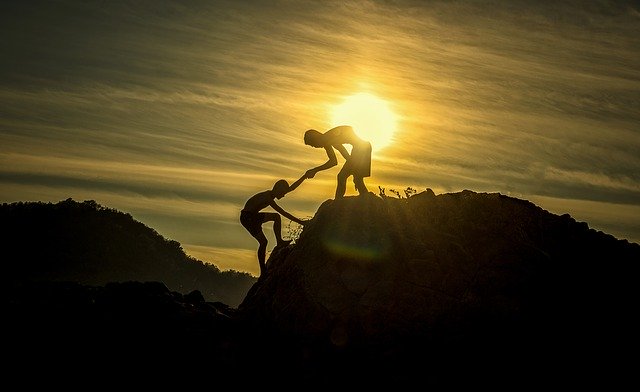 It was the birthday of Monica’s coworker. It’d been four years now of them working together. Previously, they just used to greet each other on their respective birthdays. But this year, Monica’s coworker gave her a gift on her birthday. Monica felt compelled to the same for her, even though she’d never done it before.

When someone does a favor for us, why do we feel the urge to return it?
Why are we likely to help those who’ve helped us before?
Why do we buy gifts for those who do the same for us?

One should expect altruistic acts from one’s immediate family- one’s closest genetic relatives. This is because by helping each other survive and reproduce, a family is essentially helping its shared genes to successfully pass on to the next generation. It makes sense from an evolutionary perspective.

But what explains altruism outside of the family?

Why do people form close bonds with those who’re not related to them?

When I say mutual benefit, this benefit doesn’t necessarily have to be a material benefit. Benefits can come in all shapes and forms ranging from material to psychological (such as companionship).

During most of our evolutionary history, hunting was an important activity for procuring food. But success in hunting was unpredictable. One week a hunter would obtain more meat than required, and another week he’d acquire nothing at all.

Add to this the fact that meat can’t be stored for long and is easily spoiled. Our hunter ancestors, therefore, could only survive if they somehow ensured a continual supply of food.

This generated selection pressure for reciprocal altruism, meaning those who had mutual altruistic tendencies were more likely to survive and out-reproduce those who did not have such tendencies.

Those who were helped- helped others in the future. Therefore, altruistic tendencies are widespread amongst today’s humans.

Reciprocal altruism is found in the animal kingdom too. Chimpanzees, our closest cousins, form alliances to boost their chances of survival and reproduction. A dominant male-male alliance in chimps is likely to out-reproduce other males.

Vampire bats that suck cattle blood at night don’t always succeed. It has been observed that these bats provide regurgitated blood to their ‘friends’ when they’re in dire need. These ‘friends’ are bats who had given them blood in the past. They form close associations with each other, even though they’re unrelated.

Shadow of the future

Reciprocal altruism is likely to occur when there’s a large shadow of the future. If the other person thinks they’ll be interacting with you frequently in the extended future, then they have an incentive to be altruistic towards you. They expect you’ll be altruistic to them in the future as well.

This is one reason why most friendships in schools and colleges happen at the beginning of the academic year, and not when the course is nearing its end.

In the beginning, students seek other students who might benefit them during the course. There’s simply no point in making friends when you’re hardly going to interact in the future.

We can say the same of romantic or even business relationships. It usually takes time to establish that level of mutual trust before you can live or work together.

When there’s no future to look forward to, chances of reciprocal altruism diminish. It all revolves around mutual benefit.

Why relationships break down

Whatever the reason, the partner who first feels they’re not receiving at least as much as they’re giving (the more the better), is likely to initiate the break-up.

We have psychological mechanisms designed to guard us against wasteful investments. We can’t go on investing in people without getting anything in return. It’s not an optimal strategy, and our ancestors who may have had such tendencies probably got wiped off from the gene pool.

To conclude, as much as people want to believe in it, there’s no such thing as unconditional love or friendship. It simply doesn’t make any sense whatsoever. The myth of unconditional love is most likely the by-product of this human tendency to romanticize love and put it on a pedestal.

Reproduction is central to evolution and love is usually the first step before two people can live together, reproduce, and raise offspring. Believing in unconditional love is a self-deception strategy people use to stay in unfruitful relationships. Just so evolution can get its job done, irrespective of the happiness and fulfillment of individuals.