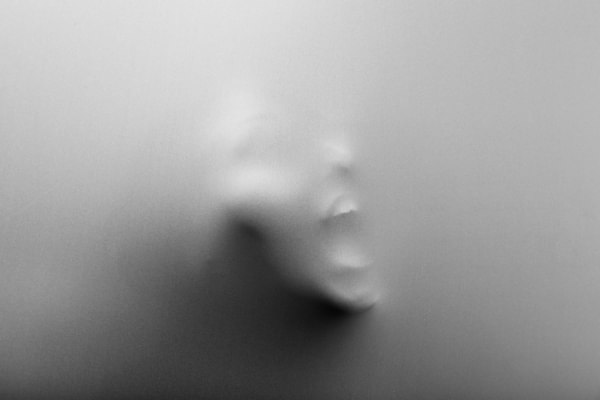 If you’ve ever experienced that sudden feeling that you’re going to die, you know how powerful that feeling is. It hits you like a brick and induces a sense of panic. Moments ago, you were going about your usual business. Suddenly, you’re thinking about your death and what will happen after you die.

In this article, we’ll look at why we sometimes feel like we’re going to die soon- the psychological forces that bring about this mental state and how to cope.

Reasons we feel death is near

All dangers in life can be boiled down to survival or reproduction-threatening dangers. Anything that decreases the chances of our survival and reproduction disturbs us the most.

When you encounter a mild danger, you may turn a blind eye to it. You may not take it seriously. Especially if the danger is far away in time and space (see Cassandra syndrome).

But you can’t help but pay attention when a danger is life-threatening. Death grabs your attention by its collar. This is why so many horror/thriller movies use death as their central theme.

If no one’s dying, no one cares.

Making you think about death is a tool your mind uses to make you take your seemingly-mild dangers more seriously.

By thinking about the worst-case scenario (death), even if the chances of that happening are slim, you can be better prepared to tackle the danger you’re facing.

In other words, thinking you’re going to die soon is often an exaggerated response to danger.

This is why you hear people saying things like:

Or when someone suddenly hits the brakes when they see a deer on the street:

“Woah! For a moment there, I thought I was going to die.”

This person isn’t being dramatic. Their mind does make them think they will die, which is precisely why they reacted so fast to danger.

When our life’s at stake, we react to danger fast. When we think death is near, we’re more motivated to do something about it.

A slippery slope of negativity

Our minds have a negativity bias for survival reasons. As discussed above, we’re more motivated to pay attention to negative things to be better prepared for worst-case scenarios.

This is why people experiencing depression, anxiety, pain, and illness are likely to think that death is near.

One negative thought leads to another and creates a self-reinforcing cycle. The slippery slope of negativity leads a person to think they’re going to die.

We can’t be thinking about death at the slightest inconvenience, though.

Our minds do an excellent job of keeping the thoughts of death at bay. If we continually thought about our mortality, it’d be hard to function in the world.

The mind uses fear of death to push us into action- to ward off any dangers we might be facing, life-threatening or not.

But when we aren’t experiencing any pain or danger, we tend to forget about death. Until we don’t.

When someone we care about dies, we’re thrown off balance and are reminded of our mortality.

When I was in college, a senior died an untimely death. The event sent shockwaves through the college. In an online group where we were grieving, I asked why this death is affecting us so much but not the deaths of children who die in Africa every day due to starvation and disease.

Of course, I got a backlash.

Later, I found the answer.

This is why the death of someone who belongs to our community, race, and nation affects us more. We think we’ve lost one of our own.

Losing one of our own suddenly brings us face-to-face with our own mortality.

Why do we think about our death in the first place?

Some theorists say we do it because of our advanced cognitive capabilities. According to them, humans are the only species that can think about their own death thanks to their highly developed brains.

As a result, everything we do becomes meaningless because it will all vanish after we die. Thus, death anxiety induces a sense of purposelessness.

People reduce their death anxiety by creating purpose in their lives. They make a legacy that can last beyond them. They want to be remembered long after they die- survival beyond death.

Related to the previous point, could it be that thinking we’re going to die soon is our mind’s way of pushing us to live a more meaningful life?

If you’re living a meaningless life, your mind’s like:

“Danger! Danger! This is not how you’re supposed to live.”

Who decides how we’re supposed to live?

As social species, we’re wired to contribute to our group. Contribution is a basic human need. If you’re not contributing to society in a meaningful way, your mind may interpret it as you not living a purposeful life.

So what does the mind do to push you to change your life?

It uses the thoughts of impending death to tell you:

“We ain’t got time. Contribute already!”

In ancestral times, social isolation meant death by starvation, disease, predators, or at the hands of out-groups.

This is why people hate social isolation and crave belongingness.

If your social group has shunned you, the thoughts of dying can flood your mind even if you’re living safely in a mountain hut alone.

People need other people to protect them, especially from death. When you return to your city or village after a long, lonely hike in some desolate area, you feel a sense of relief from seeing fellow homo sapiens.

6. Sensing danger from others

There are examples of people who said they were going to die and got killed soon after. They had harmed someone who took revenge.

There are degrees of harming someone. You can sense it when you harm someone so much that they want you dead.

In this case, the thoughts of death being near are not an exaggeration but a proportionate response to danger.

If there’s something you can do to repair the situation, you definitely should.

Coping with the thoughts of death

People have different ways of coping with the thoughts and fear of death. If your fear of death is purely a fear of death and nothing else, you can use some thought exercises to cope with it.

Accepting that you’re going to die and there’s nothing you can do about it helps.

Living a purposeful life helps, too.

One thought that has helped me is this:

“When I’m on my deathbed, I’ll be glad I lived my life and didn’t waste much time thinking about death.”

This statement kills two birds with one stone. You accept that you can do nothing about it and focus on what would matter most in those last moments.

As I said, the mind is excellent at keeping the thoughts of death at bay.