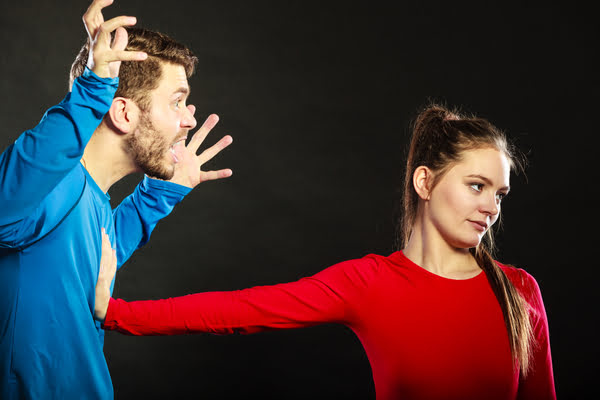 Attachment styles are shaped in early childhood and get reinforced throughout life. Children can develop a secure or insecure attachment style based on their interaction with primary caregivers.

A child with a secure attachment style grows up to be an adult who feels secure in relationships. They have quality relationships with others.

A child with an insecure attachment style grows up to be an adult who feels insecure in relationships. Their relationship quality suffers.

Insecure attachment is of two types:

An anxiously attached person feels tremendous anxiety in their close relationships. They tend to be overly dependent on their partner. They have an intense fear of losing their partner.

Avoidants, on the other hand, tend to withdraw from relationships. As soon as their relationship gets too close, they start looking for an exit.

Fearful avoidants experience a combination of anxiety and avoidance in relationships. They desire closeness in relationships but are afraid of it at the same time. They tend to have low self-esteem and are overly self-critical.

People with an avoidant attachment style avoid closeness in relationships. This stems from their childhood when their caregivers did not adequately meet their needs, especially emotional ones.

Dismissive-avoidants strive to be independent to take charge and meet their own needs. They learn:

“I can’t trust others to meet my needs.”

As a result, they experience trust issues in relationships.

“I have been betrayed.”

These experiences result in the formation of core psychological wounds. Avoidants carry these wounds throughout their lives. Unless they work on healing these wounds, their psyche becomes a landmine-filled land waiting to get triggered.

While there are differences between the dismissive and fearful attachment styles, they also have some similarities. Both being avoidant styles of attachment, they’re triggered by some of the same things, such as:

Avoidants tend to have superficial relationships with people. When someone gets too close to them, their alarm bells start ringing. Their childhood core wound of “I’ll get hurt if I get too close” gets triggered.

Having survived a difficult or chaotic childhood, avoidants seek stability as adults. They don’t like to put themselves in unpredictable situations.

3. Feeling out of control

Avoidants like power and control. Being powerless and lacking control triggers the “I’m powerless and helpless” core wound they were subjected to in early childhood.

Let’s dive into what triggers dismissive and fearful avoidants specifically:

1. Demands for time and attention

Since dismissive avoidants tend to value independence and focusing on themselves, focusing on others can be a considerable burden. They’re likely to get triggered when their partner demands too much of their time and attention.

They perceive the situation as follows:

Dismissive avoidants need to spend a lot of time with themselves to not feel like they’re losing themselves.

They simply don’t have the same level of affection and attention needs as other people in relationships. They can talk to you once a week or a month and still think they’re on good terms with you.

2. Pressured to open up

Dismissive avoidants come across as distant right off the bat. They don’t easily open up, and getting them to do so may require tremendous effort. Notably, they don’t like to open up about their emotions and feelings. That makes them feel vulnerable.

Vulnerability triggers their “I’m unsafe with others” core wound. Their childhood trauma makes them think:

“If I reveal too much of myself, I’ll get disappointed.”

Just as they were disappointed in childhood by their caregiver when they expressed their emotional needs.

Dismissive avoidants guard their personal space like a fortress. They tend to have firm boundaries. When others violate their boundaries, they get very defensive.

Thanks to their self-reliance, dismissive avoidants can attain a good deal of stability in their lives. If they get into a relationship with someone who’s emotionally volatile, they find that difficult to handle.

6. Not getting acknowledged for relational efforts

To a dismissive avoidant, reaching out and connecting with others takes a lot of effort. Something that comes naturally to others feels like a big task. So, when dismissive avoidants are not acknowledged for their relational efforts, they’re triggered.

For example, if a dismissive avoidant goes out of their way to arrange a date night with their partner and their partner doesn’t appreciate it, boom! Very triggering.

7. People expecting them to read minds

Unless they’ve worked on it, dismissive avoidants tend to be poor at reading non-verbal signals. It’s partly because of how dismissive they are of emotions. Nonverbal cues reveal emotional states.

So, when a dismissive avoidant’s partner says, “Can’t you tell I’m not okay?!”, they’re like:

“Do you think I can read minds?”

Lack of trust in a relationship- in any shape or form- triggers a fearful-avoidant. It triggers their “I’m betrayed” childhood core wound.

So, things like lack of transparency, secrecy, lying, and cheating can be exceedingly hurtful to a fearful-avoidant.

Not keeping promises, passive aggressiveness, and incongruency between words and actions can also be triggering for the same reason.

Anything that reminds a fearful avoidant of their “I’m defective” core wound is triggering for them. Since they have low self-esteem, they’re quick to feel inferior if made to feel inferior.

When things go wrong, they’re quick to blame themselves. They overthink a lot about what others think of them.

Brushing them off when they’re reaching out to you for attention and affection is also triggering for fearful avoidants.

Not considering the thoughts and opinions of your fearful avoidant partner when making decisions is a trigger point for them. To them, consideration equals trust. It also makes them feel seen, heard, and valued, healing their “I’m unworthy” wound.