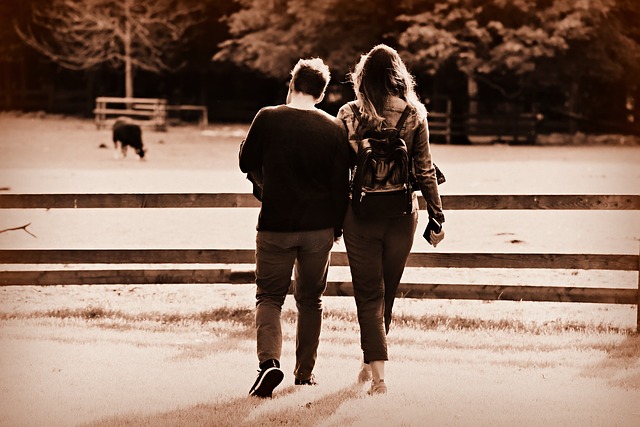 To give you an idea about how body language plays a role in communication, I want to introduce you to Ahmed.

Ahmed was a very jolly and a happy-go-lucky kind of person. You know the type- the one who’s always smiling and breaks out in a friendly, high-fived laughter at the pettiest joke.

The one who lovingly slaps everyone on the back when he arrives as a greeting gesture and continually touches, holds and leans toward people during conversations.

I can almost sense your suffocation and irritation as you try to imagine Ahmed. You want to like Ahmed but something about him is so annoying that you want to bite his head off.

Although Ahmed is trying his best to be nice and friendly, he’s violating a fundamental psychological principle that governs human comfort.

The concept of territory or personal space

Territory or personal space in the body language of communication is the space around a person that he claims to be his own. Just like a person erects fences or walls around his house to mark his property, there is an invisible space around his body that he believes belongs to him and him only.

When this personal space of his is violated, he feels uncomfortable, threatened and intimidated, just as a person would if a stranger entered his house without asking for permission.

Conversely, if a person doesn’t feel uncomfortable when someone enters his personal space, it means he accepts the visitor, doesn’t see him as a threat, feels comfortable in his presence or even enjoys his company- just as a person would if a relative or a close friend happened to visit his house.

It follows that the degree up to which person A allows person B to enter his personal space is an accurate way of gauging how comfortable the former feels in the company of the latter. In simpler terms, the more you allow someone into your personal space the more comfortable you feel in their company.

To make it even simpler- physical proximity also indicates emotional proximity i.e. the closer you bring a person towards your body the closer he is to you emotionally, except of course when you are deliberately trying to harm the person during the fighting, wrestling or kick-boxing.

Many animals also have their own territories which they mark by defecating or urinating to give other animals a clear message not to trespass. Interestingly, animals seem to have more respect for your personal space than other humans usually have for yours.

While walking down a street, you must have noticed how a dog or a cat walks as it approaches you from the opposite direction. It moves toward the edge of the street, as far away from you as possible, till it crosses you and then moves back to the middle of the street. The poor animal tries its best not to invade your personal space so that you don’t feel intimidated.

Even birds have their own territories. Almost everyone has had the disappointing experience of wanting to look at a bird closely but when you get close enough, when you invade the bird’s territory, it flies away.

The purpose of leaning in communication

Either way, the emotion we feel for that person is the same- comfort. We like that person enough to feel comfortable being in their personal space or allowing them into our personal space. In short, when we are interested in someone, we seek to reduce the distance between us and them.

This is why couples who are very much in love are always seen leaning towards each other. Watching a group of people you can easily figure out close friends and strangers by observing the distances they maintain amongst themselves.

Leaning away from someone shows our discomfort and dislike for them. If a woman finds a man unattractive but he persists in flirting with her, she’ll lean back and move away from him until she finally makes an excuse to leave.

Leaning back can sometimes also convey laziness or apathy. But the emotion of disinterest is always there.

We not only lean towards people but anything that sparks our interest. Whether it is a speech that you’re hearing, a TV show that you’re watching or a lecture that you’re attending, whenever something interesting comes up, you’re likely to find yourself leaning forward.

Some people take learning to the next level. They actually touch their object of interest so that any kind of space between them and that object vanishes completely. When people touch each other, it is the height of intimacy, the highest level of comfort they can feel around each other.

Hugging, for example, is nothing but an attempt to completely eliminate any literal or figurative space between two people.

But touching also indicates something else besides intimacy. When you touch something, especially in the presences of others, you also claim your ownership of that thing and expect others to respect that. You’re non-verbally telling other people, ‘This thing is mine. I own it.’

A person who takes a picture of himself with his car is often seen leaning toward the car and touching it. The purpose is to show others that the car belongs to him.

Similarly, when a business executive leans back in his chair and puts his feet on the table, he’s non-verbally claiming ownership of the office and its furnishings. Imagine an assistant sitting like this in his boss’s chair.

When the boss sees this, he’ll feel threatened, his heart will race and he’ll feel an evolutionary urge to reclaim his territory.

Want to intimidate someone? Touch their possessions without their permission.

It is naive to think that this ‘claiming ownership’ behaviour is true for objects like cars and doesn’t extend to other human beings as well.

As much as we hate the objectification of humans, when we publicly lean on or wrap our arm around someone, we’re actually claiming ownership of that person.

Now some may argue that it is intimacy but it’s often more than that. A person doing this is clearly telling others, ‘This thing is mine’.

Ahmed was a kind fellow but when he touched people unnecessarily, he violated their personal space and in a subtle way, claimed his ownership over them. Most people find that annoying.