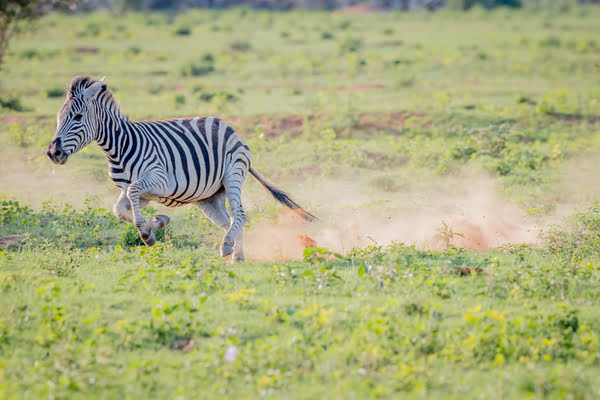 Why are these chase dreams common?

When we’re stressed, our ancient fight-and-flight mode gets activated. Dreaming about running away is the dream version of being in flight mode. Running away from threats is so fundamental to animal life that this survival response is present in almost all animals.

Our mammalian ancestors regularly fled from predators and hid in caves and burrows. Only when dinosaurs got wiped away did mammals get a chance to come out and flourish in the open.

So, running away and hiding from a threat is a way we’re wired to deal with the stresses and dangers of life. Hence, the most straightforward interpretation of this dream is that there’s a threat in your life that you’re trying to run from.

Pay attention to the details

When interpreting dreams about running and hiding from someone, you must gather as many details from your dream as you can- writing your dreams down helps.

Who were you running away from?
Where?
What were you feeling?
Where did you hide?

Dreams are subjective, and knowing these details can help you interpret your dream in a way that best applies to your unique situation.

What does running and hiding in dreams mean?

Let’s now look at all the possible interpretations of dreaming about running and hiding from someone. I’ll start with the most literal and straightforward interpretation and then move to more symbolic meanings.

1. You want to avoid someone

Not all dreams are symbolic. Mostly, dreams are a reflection of your waking life concerns and anxieties. So, if you’re running away from a person in your dream, you likely want to avoid that person in real life. You see that person as a threat.

It could be an abusive boss or a lover, a manipulative parent or a friend—any person who’s causing you any pain.

Since dreams usually represent our suppressed or half-expressed emotions, you’re likely to see this dream if you have doubts about a person. In such cases, your subconscious tries to ease your doubts by ‘confirming’ that person is indeed a threat using your dream.

2. You want to avoid yourself

Just as it’s hard to face the things we don’t like about ourselves when we’re awake, the same is true when we’re dreaming. If that someone you’re running away and hiding from in your dream doesn’t represent any real threat, you could be running from yourself.

These are dreams of projection where we project our negative traits on other people. That someone you’re hiding from may have qualities that you don’t like in yourself.

Instead of dreaming that you’re running away from yourself (a rare dream), it’s easier for your subconscious and ego to project those traits on someone you know or a stranger.

You can best interpret such dreams by focusing on the negative traits of that person you were hiding from. Then, ask yourself if you have the same negative characteristics. What pops up when you think about that person?

If your job or relationship stresses you out, your mind doesn’t know how to represent these abstract threats. So, it resorts to its most ancient dynamic- the fight-or-flight mode to communicate feeling threatened.

Hence, if you dream about running and hiding from someone, that someone could be a symbol for your job or relationship.

4. You want to escape

Maybe you’re not stressed by your current life situation. You just don’t like it and want to escape. You feel your current responsibilities trap you. These feelings can also trigger running away and hiding dreams. Such dreams don’t reflect the desire to escape from a threat as much as a desire for freedom.

The hiding part of running away and hiding dreams could be about shame. Fear of being exposed as a fraud, incompetent, lacking confidence, or a fake could also trigger such dreams.

If you’ve been shunned recently, such dreams may reflect the feelings of being disconnected and alienated.

Running away and hiding dreams may also reflect a fear of change and improving yourself. Maybe you recently got a chance to make a significant change in your life, but you missed it. Perhaps you repeatedly find yourself falling back to old habits.

7. You want to re-evaluate

What do animals do when they run and hide from a predator?

They size up the predator from a safe distance.

Dreaming about running and hiding may reflect your desire to re-evaluate your life. Maybe things are changing too fast in your life. Perhaps, you’ve been burdened with too much stress and new responsibilities.

You’d like to take a step back and re-evaluate everything. For lack of a better way, your mind represents this desire by giving you dreams about running and hiding from someone.