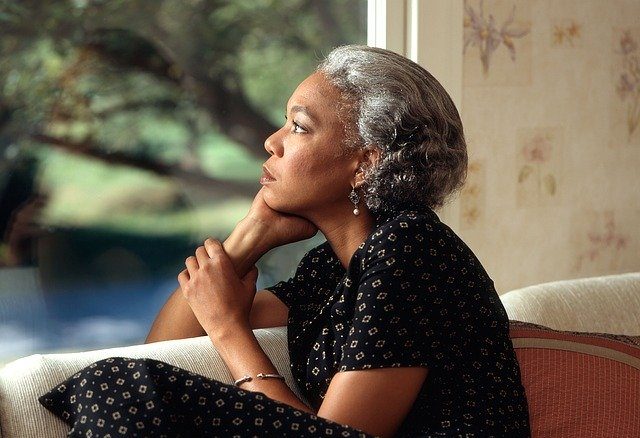 What’s behind feeling lost and out of sorts? You know, that emotional state you’re in where you feel your life’s out of order.

Your friend gives you a call asking you to hang out, but you say you’re not in the mood. What does not being in a mood mean?

Your current emotional state is the sum total of the emotional effects of your recent life experiences.

Contrary to what many people think, low moods and irritability don’t visit you out of the blue.

There is always a reason behind each low emotion that you experience. By digging into the past, you can always figure out that reason.

I’m certain you’ve experienced that ‘out of sorts’ feeling several times in your life.

In this article, we explore what’s going on and the reasons behind experiencing such an emotional state…

Feeling out of sorts and unfinished businesses

When we feel out of sorts, it feels like something is tugging on our psyche. It feels like our mind is going in one direction but is being pulled by some other force in a different direction. Feelings don’t lie. This is exactly what’s happening.

When you’re feeling lost and out of sorts, your mind is simply trying to direct your attention to things that are more important than what you’re doing now.

Your mind is telling you there are important unfinished businesses and issues that you should be paying attention to than to what you’re currently doing.

As a result, you notice that you can never fully concentrate on what you’re doing. It’s because a part of your mind is pulling you in another direction.

It’s the same as when a parent is trying to work, but a child tugs at them repeatedly asking for candy. The parent finds it disturbing and can’t fully focus on the job at hand.

Below are the common reasons behind feeling lost and out of sorts:

We all want some degree of control over our lives. We all want our actions to be directed towards some worthy goal, and we all want to know where we’re going.

When unexpected events happen, we lose this sense of control resulting in making us feel out of sorts.

In this case, your mind is making you feel that way so you can restore your lost sense of control.

Let’s say you had an important task to do one morning. But as soon as you woke up, you heard that a relative passed away and so you had to visit their family urgently.

When you return, you’ll remember the unfinished task. This will give you a feeling of loss of control. Had there been no emergency and you did the task on time, you’d feel in control of your life. But that isn’t the case, and you feel that control has been taken away from you.

At this point, if you engage in any other activity except making up for the lost time, you will feel out of sorts.

You may feel out of sorts the whole day if you don’t make a plan for damage control and schedule your missed task on a later date.

Since procrastination almost always results in a feeling of loss of control, it often makes one feel lost and out of sorts.

Worry works in the same way, except that it involves some future event instead of a past event.

When something about the future bugs you, you can’t engage all your mental resources on the activity at hand unless you provide your mind with a potential solution.

Often, when people are worried, they’ll act absent-mindedly because their mind is pre-occupied with the thing they’re worried about.

They’ll say they’re feeling lost and out of sorts and want some alone time. It’s their mind’s way of ensuring that they reflect on their problem so that a possible solution can be worked out.

We live in the age of information overload. Our minds haven’t evolved to handle multiple tabs on a computer screen, several apps running on the phone, and grabbing some latest news on the TV simultaneously.

Continue such activities for some time and the cognitive overload will almost invariably lead to stress.

When that happens you’ll say you feel out of sorts, but it’s just your mind pulling you in the other direction, asking you to take a break from the stressful activities.

This feeling is common nowadays due to exponential advancement in technology over the last few decades.

Many people equate feeling out of sorts to having a bad mood. The former is a general sense of not being able to engage your full mental resources on the current activity.

All bad moods may result in feeling out of sorts, but all ‘out of sorts’ feelings aren’t caused by bad moods.

Let’s say you catch up with a friend after finishing an exam you both appeared in. He tells you he messed up the paper. It was your usual practice to play basketball for an hour after exams, to relax your mind after 3 hours of the grueling exam session.

But on this particular day, your friend refuses to play. He says he’s feeling out of sorts. It’s not rocket science to guess that he’s in a bad mood because of the messed-up test, but you have to understand what’s going on in his mind.

He hasn’t yet ‘integrated’ the negative life event into his psyche and made peace with what happened. He wants more time to reflect on what happened and what possible actions he could take to avoid this in the future.

Most probably, he had prepared well for the test but still didn’t do well. That’s what causing the storm of confusion in his psyche. No way is he playing basketball with you.

Compare this to another friend who also messed up his test but knows that’s because he was ill-prepared. He’ll also feel bad for a while after the test, but he won’t feel out-of-sorts for prolonged periods of time.

It’s because he’ll have dealt with the bad mood by promising himself that he’d be better prepared in the future. No storm of confusion in his psyche and no reason to reflect and brood. Also, no reason not to play basketball.

Always give your mind quick, believable reassurances when something bad happens. This will short circuit the tendency to feel lost for prolonged periods.