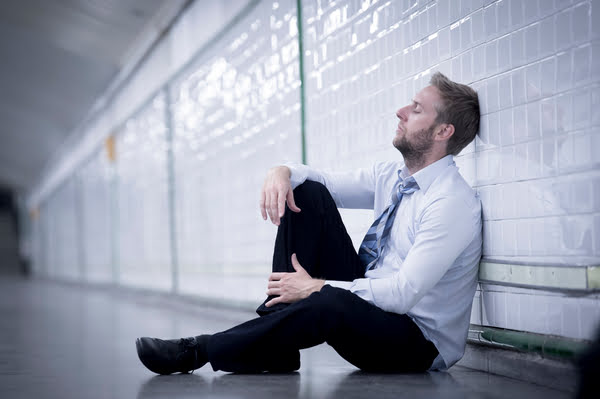 What does it mean when someone says they feel lost in life?

We can begin to understand this phenomenon by looking at the words people who feel lost utter. Let’s start from there. Language, they say, is a window to the mind.

Here are some of the common utterances of people who feel lost in life:

As you keep reading this article, the reasons why people who feel lost say these things will become clear.

When you say you’re feeling lost, you’re implying there’s a direction you’re supposed to be moving in, a path you should be following. And that you’re not on that path.

What is this path you’re not on?

As with many other animals, nature has already decided ‘the path’ for us humans. We have little say in it. ‘The path’ is any path that leads to reproductive success. Nature only cares that we reproduce. Everything else is secondary.

So, it follows that those who feel lost in life feel that way because they think their reproductive success is threatened.

We’re biologically programmed to ‘feel lost’ if we think we’re not on a path leading to reproductive success. This feeling of being lost motivates us to get back on the track that nature has already set out for us.

If you were to feel okay with being lost, the whole purpose of your existence (reproduction) would be undermined. Nature doesn’t want that.

What causes a person to feel lost?

Now that you have the bird’s eye view of what’s going on let’s dive into the specifics. Think about what it means to be on the path leading to reproductive success. For most people, two things, basically:

If you’re lagging in one or both of these areas, you’ll feel lost. You’ll feel like you haven’t accomplished anything. I didn’t make the rules. It’s just the way it is.

I feel like I’m stating the obvious here because people instinctively know this. I mean, how many times have you heard someone say/complain, “All my friends are getting married, and I’m here looking at memes.”

While it’s supposed to be funny, it reveals their concern. They’re implying that getting married is more important than all this other stuff they’re doing. I’ve never heard anyone say, “All my friends are looking at memes, and here I am wasting my life in my marriage.”

There’s a script people follow in almost every modern society that attempts to guarantee reproductive success:

Study > Get a good career > Marry > Have kids > Raise them

This script is ‘the path’. If you’re stuck at any stage, you feel lost.

When we’re studying (first step), we’re not that concerned with the path. Everything seems to be in the distant future. We can keep studying without a care in the world.

When we finish studying and move on to successive stages, we tend to get stuck. It may be that we’re not satisfied with our careers or life partners. There’s a mismatch between our expectations and reality.

The mind is sneaky in trying to make you believe that everything in the future will all be rainbows and sunshine. It pulls you through childhood and keeps you motivated to follow the script.

You didn’t have a choice when you were studying. You just had to do it. Later in life, you have choice. You evaluate alternate paths.

This is why people usually feel stuck and lost in life when they’re in their 20s or early 30s. It’s a time when they have to make important life decisions.

Most people follow the script without blinking and manage to do well. Some feel lost.

The most common reason people feel lost is that they find they’re unable to follow the script. They may have failed to land a decent job or could not find a potential mate or both.

Their feeling of being lost is a direct consequence of not following the script. All they care about is the script. Once they fix their life and get back on the track to reproductive success, they’ll stop feeling lost.

Moving beyond the script: Process vs. outcomes

Some of us couldn’t care less about the script. We know we’re programmed by biology and society to follow it, but we don’t care. It takes a lot of mental work and awareness to see the script for what it is and how it can trap someone to only chase outcomes.

The goal of evolution is reaching the outcome of reproductive success, no matter what route we take. You can love or hate your career, but you’ll be somewhat satisfied as long as it helps you succeed reproductively.

This is the story of most people. They want the shortest path to reproductive success and are willing to sacrifice process-based fulfillment for it.

Reproductive success is important for them, but only one piece of the whole puzzle. They’re not driven solely by it and are certainly not trapped by it.

This is why you encounter people who feel lost despite following the script. They may have a promising career, good life partner, and kids, but they still feel dissatisfied.

For example, look at this question posted on an online forum:

They feel lost because they haven’t been all they could be. They settled and sacrificed their potential to take the shortest and the easiest path.

What they do is not in alignment with their identity and their values. In fact, they never took the time to figure out who they are. Their ‘feeling lost’ is on an entirely different level.

Those who figure out who they are tend to be process-oriented. They make sure they’re being themselves ferociously every day, and in doing so, they automatically end up following the script.

They still follow the script (very few can genuinely escape it), but they do it their way, being who they are.

Not following the script is uncomfortable

If you abandon the script and seek to build your identity first, it will feel uncomfortable. You’ll feel lost and like you’re not doing the right thing, i.e., what everybody else is doing.

For instance, if you don’t get a job after your studies, you’ll feel stuck in this liminal space or no man’s land between ‘studying’ and ‘having a career’. If that’s what it takes to figure out who you are, so be it.

You’ll get a thousand temptations to quit looking for yourself and get back to following the script because that’s the sane and comfortable thing to do. If you have to put everything on the line to figure out what you genuinely care about, so be it.

If you’re feeling lost and it’s bothering you, you need to see this feeling for what it is. It’s only a signal telling you that you need to make critical life changes to get back on track.

If you’re like most people, landing a good job and finding a suitable partner will solve the problem.

Once you’ve figured out who you are and what you genuinely care about, you can always go back to the script.

I know some say they truly don’t know what they want. It does take time to figure out deep things like that. When you look at their life, though, they’re deeply entrenched in the script.

They’re not willing to look beyond the script. Sometimes, to find your direction, you have to get lost first. It could be that their unwillingness to let go of the comfort of their script is the very thing that’s holding them back.

I’m not encouraging everyone to abandon the script to figure out who they are. It’s not for everyone. If following it makes you happy, good for you.

If what you do is out of line with your identity and it bothers you, you have to be brutally honest with yourself. You have to be willing to step into the chaos of the unknown and come back with a renewed understanding of yourself and what you want.

Most things life throws at you are things designed to keep you embedded into the script. You have to be willing to say “No” to all those things, even though they’re tempting, and focus on finding your own path.

You’re more likely to stumble on what you want when you know what you don’t want. After a series of “No’s”, you’re bound to stumble on a “Yes” or even a “Hell, yes!”

When you say, “Hey, that’s not me”, you filter out all the unnecessary stuff from life. You become more and more focused, no longer feeling lost.