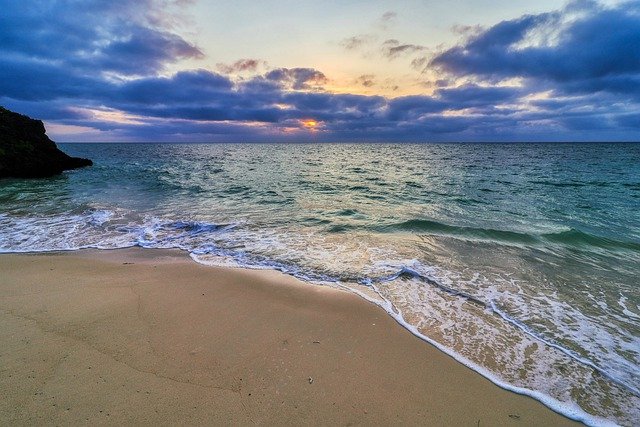 When you’re in a liminal space, you’re neither here nor there, neither this nor that. At the same time, you’re both here and there. Both this and that.

Liminal spaces have liminality, a concept borrowed from social anthropology. The word “limen” means “threshold” in Latin. In some primitive cultures, there are rites of passage to mark the transition of people from one state to another.1

For instance, transitioning from childhood to adulthood or from being unmarried to being married are accompanied by elaborate rites of passage in such cultures.

When adolescents in primitive cultures go through the rites of passage marking the transition from childhood to adulthood, they can finally call themselves adults.

Liminal spaces can be physical, psychological, temporal, cultural, conceptual, political, or a combination of these.

Almost all of us, when we were kids, tried to walk on the bathroom or street tiles so as not to touch the boundary of those tiles. Those boundaries were the liminal spaces between the tiles.

All of these places are transitory places. We’re not supposed to stay in these places for too long. Unless, of course, you own a shop or something at an airport. Then the place loses its liminality and becomes a destination.

The same thing happens when your flight or train is delayed, and you’re forced to stay. The place loses its original purpose and liminality. It both feels and doesn’t feel like a destination. Something seems off about the place.

Boundaries not only exist in the physical world but also in the mental world. When you look at an adolescent, you can tell that, physically, they’re in between being a child and being an adult. Mentally and temporally too, they’re caught between two life stages- childhood and adulthood.

Getting caught in psychological liminal spaces has key consequences. Adolescents can’t call themselves children, nor can they call themselves adults. This can lead to identity confusion.

Major life events can also throw unsuspecting people into liminal spaces. Take divorce, for example. Marriage is an important life stage for many people. Typically, people are single and then enter a new life-stage: marriage.

But it takes time for people to switch states. Before the person can fully go back to being single, they go through this transitory space where they still feel attached to their exes while trying to move on. This creates identity and state confusion.

“Did the divorce really happen? I can’t shake the feeling of still being married.”

“What am I? Committed or single?”

This confusion and uncertainty brought on by liminality force some into rebound relationships to relieve the confusion, restore identity, and re-establish order. Or they burn all their bridges and fully remove their exes from their lives with proper closure. This too, helps them fully adopt the new identity of being single.

As you can tell from these examples, liminal space is not a pleasant space to be in. Usually, our minds do not let us switch easily between identities, states, concepts and beliefs. The mind prefers structure, certainty, order, and stability.

Take another example of a person who becomes an overnight success by, say, winning the grand prize in a contest. Before they can reconstruct their identity from ‘being an ordinary, unknown person’ to ‘a successful, famous person’, they have to pass through the liminal space between these two identity states.

During their time in the liminal space, their previous identity will try to bring them back while their new identity pushes them forward. Torn between the push and pull, the person may either lose their newfound success or they may solidify their new identity and maintain their success.

Liminal spaces are weird and uncomfortable

If you buy a shop at an airport, you’ll probably feel weird during the first couple of weeks sitting there and selling stuff to people.

“What am I doing here? You’re not supposed to open a shop and sit here. You’re supposed to wait for your flight here and then leave.”

When you do it long enough, the liminality of the place fades. The place and activity become familiar and gain structure instead of being unfamiliar, transitory, and non-structural.2

We observe a similar effect in people who travel a lot by flights. The airport or flights lose their liminality after a while and become destinations on their own.3

New air travelers aren’t comfortable enough to view their waiting time at an airport as free time to read, eat or shop, as experienced travelers do. They can’t wait to reach their destination. For them, the airport itself isn’t a destination. It’s a liminal space.

People like to move through physical, mental, and temporal spaces from structure to structure, from form to form. Liminal spaces have no structure or form. Their inherent anti-structure makes people uncomfortable.

From the kid who avoids boundaries of street tiles to a student who needs time to re-adjust from home life to hostel life, liminality makes people feel confused and anxious.

Psychological liminal spaces are the products of the way the human mind works. Our minds find it incredibly useful to divide the world into categories with well-defined boundaries. Things are either this or that. You’re either a child or an adult. You’re either single or in a relationship.

This ‘either-or’ or ‘black-and-white’ thinking lets many things slip through that may not fit into our elegant categories. What can’t be categorized is invisible and unreal to the mind. However, the world is much more complex than what our mind can fit into its categorical or schematic boxes.

This helps explain why people still have problems accepting that transgendered people exist, for example. Since such people exist in the liminal space between the concepts of male and female, they seem invisible. They challenge our perceptions of how the world is categorized.

Worse, they’re seen in many societies as socially inferior or even less than human.

Those who don’t fit into our categories risk being perceived as ‘others’ or inferior. They’re to be shunned and avoided, lest they disturb our elegant categorization of the world.

The same goes for mental health problems. They’re not seen as ‘real’ problems by many, thanks to their invisibility.

People with chronic pain who don’t show overt signs of pain in their behavior are also similarly stigmatized. They violate our expectations of what real problems and illnesses should look like.4

The societal categorization for the life stages that people go through is: get educated, get a job, get married, and have kids.

When things happen that violate this sequence, people lose their mind.

If someone prefers self-education instead of formal education, they seem strange. If someone doesn’t immediately get a job after graduation, something is wrong.

If someone starts a business or does freelancing, what the hell are they thinking? And people not wanting to get married or have children seem to have reached the highest level of weird.

Of course, there are solid evolutionary reasons why such a sequence exists. What’s crucial to understand is how these structures can trap people into rigid ways of thinking.

Revolutions and innovations don’t occur inside structures but in liminal spaces. When individuals and societies step outside of their structures, new things are born, for better or worse.

Liminal space is where new possibilities are born. Individuals and societies who dare hang out in liminal spaces, uncomfortable as they are, evolve.

Of course, it’s difficult to step into a liminal space often. The negative psychological consequences like feeling invisible and cast out from society’s structures can be too much to bear. People have a strong need to belong and fit in a pre-defined category.

When you’re freelancing, you neither have a job nor are you unemployed. You’re employed, but you don’t have a job. Who wants to be in such uncomfortable state?

When you’re in a ‘real’ job or in a ‘real’ relationship, you feel secure. You feel protected. You’re in the womb of safe societal structures and categorizations. You are someone. You belong somewhere. You are visible. There’s no anxiety.

When tribal societies conduct rites of passage, they make the invisibility of liminal spaces visible. Since liminal spaces are invisible and induce anxiety, making them visible reduces anxiety.

How are tribal societies to know that a child has turned into an adult? There are no clear-cut visible signs telling when that happens. It’s a gradual process. Rites of passage make this gradual process more visible and concrete.

The same function is served by modern rites of passage in modern societies. Anniversaries, birthdays, New Year celebrations, weddings, and parties, all mark our invisible passage from one phase to another. They’re attempts to make the invisible and unreal liminal spaces visible and real.

The unreality of liminal spaces also induces anxiety. An abandoned building is liminal in the sense of how it’s unreal. It no longer serves the purpose it used to. It has lost a part of its reality. This is why they feel weird and people ascribe more weird things to them.

An abandoned building’s liminal quality is increased by placing liminal creatures into it- ghosts. Ghosts and zombies occupy the liminal space between life and death. They’re living but dead or dead but living.

The fact that so many horror movies feature abandoned, haunted houses shows that these places have an inherent element of anxiety and weirdness to them. The same goes for empty hallways, subways, etc. that are ordinarily supposed to be filled with people but become unreal when they’re not.

Liminality- source of fear and fascination

Throughout history, people and things that have defied understanding and categorization have been elevated and honored. What man couldn’t understand or control seemed to have power over him.

Cavemen didn’t understand the invisible forces of thunder, wind, and earthquake. They ascribed gods to such liminal forces so they could make sense of them and give them structure.

Beaches and mountains are liminal spaces that attract and fascinate many people. A beach exists on the boundary between land and water. When you’re hiking on a mountain, you’re not exactly on land, but you’re not in the sky either. Both places induce some level of anxiety. You may drown in the sea and you may fall off a mountain.

Now that I’m done with this article on liminal spaces and liminality, I worry I’ve placed the concept of liminality in a box by defining and explaining it.

When I first heard of the concept of liminality, it was liminal and invisible to me. I knew nothing about it. By writing about it, I made it more visible and real, for me and, hopefully, for you too.