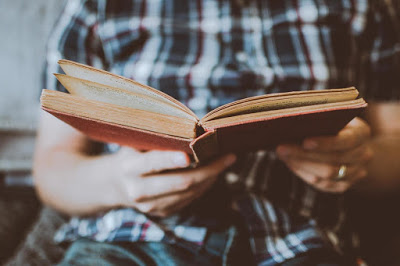 People keep talking about the importance of being open-minded but they rarely talk about how to be open-minded. Or why it’s so hard to become more open-minded.

Open-mindedness is indeed one of the most important personality traits that one must seek to develop. A closed-minded person can never be truly free for they dwell in the prison of their own ideas and beliefs.

A person with a closed mind is never able to stretch their thinking into the vast expanse of imagination and myriad possibilities.

Open-mindedness is simply the ability to receive new information, especially when it tends to contradict the pre-existing information in the mind.

In other words, open-mindedness is not being rigidly attached to one’s own ideas, opinions, and beliefs. It involves considering the possibility that these ideas may be wrong. An open-minded person, therefore, is also humble.

Open-mindedness is the willingness to acknowledge the fact that we can’t be really sure about anything unless we have sufficient evidence. Even if we are sure, future evidence may show up any time that destroys our current verity.

Also, being open-minded doesn’t mean that you’ll blindly accept whatever information you receive but rather filter it, not with the filters of personal bias, but with the filter of reason.

The opinions that are held with passion are always those for which no good ground exists.

Closed-mindedness: The default mode of thinking

There is a reason why a very small percentage of the human population is open-minded. It’s because our default mode of thinking promotes closed-mindedness. The human mind does not like confusion or ambiguity.

Thinking takes up energy. About 20% of the calories we consume are utilized by the brain. The human mind tries its best to be energy-efficient. It doesn’t like to expend energy thinking and analyzing things on a constant basis. It wants things explained so that it can rest and not worry about them.

Therefore, rejecting any new idea that doesn’t match its pre-existing ideas enables the mind to avoid thinking and analyzing, a process that requires a considerable expenditure of mental energy.

Debate and discussions often create cognitive dissonance, raise many questions, and leave things unexplained. The human mind can’t stand leaving things unexplained- that would create uncertainty and instability. So it comes up with theories to explain the unexplained and therefore remains stable.

There’s nothing wrong in coming up with theories and explanations. The problem is being rigidly attached to them in a way that blinds us to other possibilities.

The human mind seeks information that validates the information it already has. This is known as confirmation bias and is the biggest obstacle to developing open-mindedness and intelligence.

Also, the mind filters information so that we reject things that don’t match our pre-existing beliefs. If I believe my country is the best, then I’ll tell you all the good things that my country has done and forget about its failures and misadventures.

Similarly, if you hate someone you’ll remember all the bad things they’ve done to you and forget the incidences where they may have actually treated you nicely.

The point is that we all perceive reality according to our own beliefs. Being open-minded is all about being aware of this fact and not falling into this default-way-of-thinking trap.

Once we understand that our default way of thinking is being closed-minded, only then can we make efforts to become open-minded. No open-minded person was like that since birth. It takes time and effort to develop the faculty of critical thinking and reasoning.

I have an exercise for you. Examine your most dearly-held beliefs, try to trace their origins and figure out the reasons you use to justify them. Also, try to figure out whether you’re continually reinforcing them and ignoring everything that goes against them.

The answers to the above questions are a reflection of your beliefs. If you’re consuming the same type of media, again and again, you’re unconsciously trying to reinforce your beliefs.

If you have good reason to believe in your beliefs, well and good. But if you think it’s time to reconsider them, you might want to consider changing things a bit.

Try interacting with people who have a totally different worldview than yours. Try reading books that challenge the way you normally think. Try watching thought-provoking movies and documentaries.

It can sometimes be hard to entertain new ideas or information that topple your default way of thinking. I am well aware of the initial resistance that whispers to you, “It’s all nonsense. Don’t believe it. It will only create confusion”.

You should gently reply back, “Don’t worry, I won’t accept anything that doesn’t satisfy my reason and common sense. Confusion is better than the illusion of knowledge”.