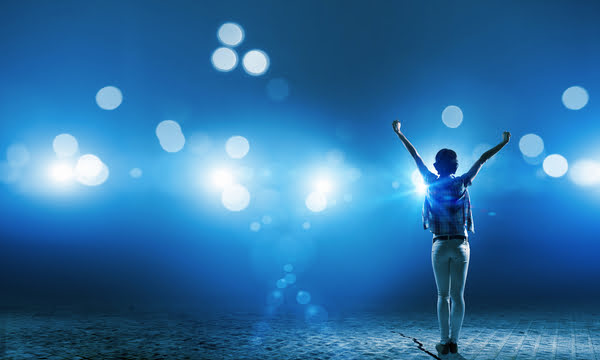 Histrionic Personality Disorder (HPD) is characterized by a pattern of hyper-emotional and dramatic behaviors aimed at getting attention. People with HPD or histrionics love drama and being the center of everyone’s attention.

The word ‘histrionic’ is derived from Latin ‘histrio’, meaning ‘actor’. Histrionics like attention so much that they’re likely to become actors and performers.

Being social species, we all like attention from other people. But histrionics will often engage in inappropriate and provocative behaviors to get attention. They believe it’s necessary to be loved by everyone all the time.

How does someone with Histrionic Personality Disorder act? Examples

To get attention, histrionics use behaviors that are:

They’re natural self-marketers. They know how to get others hooked on them. But it’s all unconscious. They don’t set a goal to gain attention and then carry out their plans. Usually, there’s some unconscious need driving their behavior such as not getting enough attention in childhood or getting too much of it.

This brief video does a good job of showing how someone with HPD behaves:

To further clarify how histrionics behave, let’s look at some specific examples:

It’s a way for her to feel important and seen. She also over-interferes in every small thing to create unnecessary drama.

The histrionic girlfriend gets on the nerves of her boyfriend because she engages in flirtatious behavior with everyone. She does it solely to get attention, not to attract.

She seems to crave the attention of everyone she meets. Her body language and voice tone become flirtatious. She exaggerates stories and tells lies to be the main storyteller of every group conversation.

She creates a scene in public when her expectations are violated or when she gets upset.

The histrionic actor or performer thinks the whole world is his stage. He can’t stop himself from ‘performing’ wherever he goes. He’s loud and dominates conversations. He engages in inappropriate publicity stunts more often than his colleagues.

For instance, he’ll wear outfits considered over the top. Or he may show too much skin in ads and photoshoots, crossing the boundaries of decency and appropriateness.

All these ‘bold’ things that he does are designed to draw as much attention to himself as possible. There’s a lot of competition among celebrities to be ‘in the news’ and stay relevant. Talk show hosts and people obsessed with celebrities feed their disorder.

What happens when you ignore someone with Histrionic Personality Disorder?

Ignoring a histrionic is the worst thing you can do to them. By doing so, you’re preventing them from fulfilling a core need.

If they respect you and care for your attention, they’ll become distressed when you ignore them. They’ll up their game and engage in more and more dramatic behaviors to get your attention.

If they don’t respect you, they’ll get embittered. They’ll take some sort of revenge. They’ll ignore you back or spread malicious rumors about you.

If your girlfriend or someone in your family is histrionic, ignoring them can be a good way to deal with them. It can teach them that engaging in dramatics isn’t going to help them with their goal of getting attention.

As a result, they’ll tone down their attention-seeking behaviors. They’ll be forced to approach you more appropriately when you stop rewarding their inappropriate behaviors.

On the contrary, engaging with drama teaches the dramatic person that being dramatic works. It creates a downward spiral of more and more drama.

Since attention is the primary currency in the life of a histrionic, they see the world in terms of getting and not getting attention. Their common complaint after a social interaction is:

“He was ignoring me all the time.”

When they do get attention, they’re overjoyed and think highly of the attention-giver.

“He has good manners. He’s been raised well.”

When dealing with a histrionic, ensure you don’t put them in situations where they might be potentially ignored. Such situations can make them highly uncomfortable.