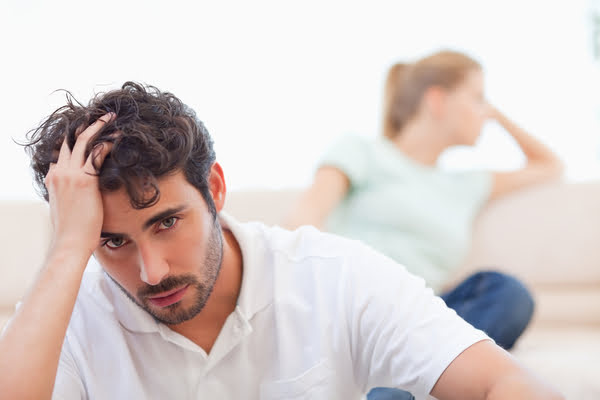 It’s frustrating when every conversation with your loved one turns into an argument. When you’re done arguing and finally get the time to reflect on what happened, you’re like:

“We fight over such minor and silly things!”

Arguing once in a while is typical for relationships, but when every conversation turns into an argument- when it becomes a repetitive pattern- things start to get serious.

In this article, I’ll attempt to deconstruct the dynamics of arguments in relationships so you can have a clear idea about what’s going on. Later, I’ll discuss some strategies to deal with arguments that you can try the next time you argue with a loved one.

I’ll also give you the best lines to end arguments that you can use when you have no clue what’s going on.

Why do conversations turn into arguments?

You could be talking about the most random topic with your loved one, and before you know it, you’re in the middle of an argument.

I call this the cycle of hurt. Once your partner feels hurt by something you say or do, they hurt you back. Defense is a natural reaction to being attacked. And the best way to defend is to attack back.

For instance, you say something disrespectful to them. They feel hurt and withdraw their affection as a punishment. They don’t pick up your call, let’s say.

You sense that they didn’t pick up your call deliberately and get hurt. So next time, you don’t pick up their call either.

You can see how this vicious cycle self-perpetuates once activated. It becomes a chain reaction of hurt.

Let’s go back to the start. Let’s deconstruct what starts arguments in the first place.

There are two possibilities:

If you intentionally hurt your partner, don’t be surprised if it activates the cycle of hurt. You can’t hurt your loved ones and expect them to be okay with it. Deep down, you know you messed up and are likely to apologize.

Partners will rarely start an argument by intentionally hurting each other, though. Intentional hurting occurs more once the cycle of hurt has been activated unintentionally.

What starts most arguments is the second possibility- one partner unintentionally hurts the other partner.

When this happens, the hurt partner accuses the other partner of intentionally hurting them, which isn’t true. Being falsely accused deeply hurts the accused partner, and they hurt the accusing partner back, this time intentionally.

We know what happens next- blaming, yelling, criticizing, stonewalling, and so on. All the things that make a relationship toxic.

What happens when you hurt them unintentionally?

Now, let’s dig into why someone misinterprets neutral words and actions as intentional attacks:

1. The closer the relationship, the more you care

Humans are wired to value their close relationships. After all, their intimate relationships help them the most to survive and thrive.

The more we care about maintaining a good relationship with someone, the more upset we get if we sense the other person doesn’t care about us. This makes us see relationship threats where there are none.

“I’m going to eliminate every possible threat to this relationship.”

In its desperation to preserve the relationship and defend against threats, it sees threats where they are none, so it doesn’t take any chances, and every possible threat is destroyed.

This ‘better be safe than sorry’ approach is deeply rooted in our psyche.

People communicate differently. How you communicate is primarily influenced by the people you hang around with.

Most of us learned to talk in the presence of our parents. We picked up how they communicated and made it a part of our communication style.

This is why people tend to talk like their parents.

If being blunt was the norm in your household while your partner comes from a more polite family, then your being blunt will get misperceived as rudeness.

Any aggressive communication style that makes the other person feel attacked is poor. It’s often more about how you say things than what you say.

People who feel inferior are always in defensive mode. They’re so afraid that others will know how inferior they are they feel compelled to show their superiority when they can. Freud called it reaction formation.

I’ve had a friend who always tried to prove to me how smart he was. He was smart, but his constant showing off started to irritate me. I couldn’t have a proper discussion with him.

Anything we talked about inevitably took the turn of “I’m smarter than you. You know nothing”. It was clear that instead of listening and processing what I had to say, he was more into flaunting his smartness.

One day, I’d had enough and confronted him. I hurt him back with my smartness, and it ticked him off. We haven’t talked since. I guess I gave him the taste of his own medicine.

Inferiority is triggered by upward social comparison– when you encounter someone better than you at something you value.

I was watching an interview of a super successful person in our industry. The interview was taken by a guy who wasn’t as successful as the interviewee. You could cut the inferiority complex in the room with a knife.

Because those who feel inferior have something to hide and prove, they easily misperceive neutral actions and words as personal attacks. Then they defend themselves to mask their inferiority.

High-conflict personalities are prone to conflicts and seem to thrive on them. They develop a reputation for being quarrelsome. Since these people are actively looking to get into disputes, they don’t miss a chance to misperceive neutral actions or words as attacks- just so they can fight.

People often argue over minor and stupid things because they have other problems not related to the relationship.

For instance, a person may be stressed at a job, or their parent may be ill.

These adverse circumstances lead to negative emotions that seek expression. The person is looking for a reason to vent.

So, they pick a minor thing, misperceive it as an attack, and vent on their partner. Relationship partners often become punching bags of each other in this way.

Unresolved relationship issues lead to resentment. Ideally, one shouldn’t move forward in a relationship before past issues are resolved.

If your partner brings up your past mistakes during a fight, it means they haven’t resolved the issue. They’ll continue using that resentment as a weapon against you.

If you already resent your partner, it’s easy to misperceive neutral things as attacks and unleash the beast of your past resentments on your partner.

Things to do when every conversation turns into an argument

Now that you have some insights about what goes on during arguments, let’s discuss the tactics you can use to prevent turning conversations into arguments:

When the cycle of hurt is activated, you’re both angry and hurt. Anger throws us into ‘defend/attack’ or ‘flight-or-flight’ mode. Anything that you say during this emotional state isn’t going to be pleasant.

So, you need to stop the cycle before it perpetuates by taking a break. No matter who hurt whom first, it’s always up to you to take a step back and de-activate the cycle of hurt. After all, it takes two to quarrel.

2. Work on your communication skills

You may be unintentionally hurting your loved ones by the way you speak. If you’re blunt, tone down your bluntness with people who can’t take it well. Work on being an active listener and strive to talk politely.

These things are simple but very effective. Changing your communication style from aggressive to non-aggressive could be all you need to do to avoid relationship problems.

If your partner has poor communication skills, help them by letting them know how they speak affects you.

3. Their feelings are just as important as yours

Say you get unfairly accused by your partner of hurting them. You’re mad, okay, but why hurt them back and prove them right?

Acknowledge that something you did triggered your partner, even if you didn’t mean to. Validate their feelings first before you explain your stance.

Instead of using an accusatory tone and saying:

“What the hell? I didn’t mean to hurt you. Why are you taking it personally?”

“I’m sorry you feel that way. I seem to have unintentionally triggered you. Let’s explore what happened here.”

4. See things from their perspective

To validate their feelings, you need to see things from their perspective. We humans have a hard time seeing things from other people’s perspectives.

If you can see where they’re coming from, you’ll be able to empathize with them. You’ll no longer feel the need to fight and win the argument. You’ll look for ways to accommodate their needs and seek a win-win.

If you’re struggling in a life area, seek support from your partner instead of making them your punching bag. Instead of turning every conversation into an argument, talk about your problems and seek to resolve them.

Venting may make you feel better temporarily, but it doesn’t lead to a solution, and you end up hurting those around you.

When exactly does a conversation turn into an argument?

It’s an interesting phenomenon. Since humans are emotional creatures, you really can’t expect them to have civilized and rational discussions.

I’ve had to come to terms with the fact that almost all discussions with people are doomed to turn into arguments. It’s rare that you’ll find a person with whom you can discuss anything without it turning into a fight.

Avoid discussions with argumentative people if you don’t want to turn every conversation into an argument. Find people who’re open to new ideas and can discuss things calmly.

Best lines to end an argument

Sometimes you want to end an argument even if you don’t understand what’s going on. Arguments are a colossal waste of time and spoil relationships. The fewer arguments you get into, the better your overall quality of life will be.

Ideally, you want to develop the skill of seeing arguments in the seed before they sprout. It could be a random hurtful comment from someone or a conversation that increasingly takes a hostile turn.

When you sense an argument brewing, step back from it by using these lines:

1. “I understand what you mean”

Even if you didn’t intentionally hurt them, this statement validates their feelings. They’re hurt that you hurt them. That’s their reality. You need to acknowledge their reality first and explore later.

You can use this sentence to help them gain insight into themselves in a non-aggressive manner.

This magical sentence kills three birds with one stone. It:

Nothing can calm an argumentative person more than acknowledging their complaints. After you’ve calmed them down, you can explore the issue further and explain your stance.