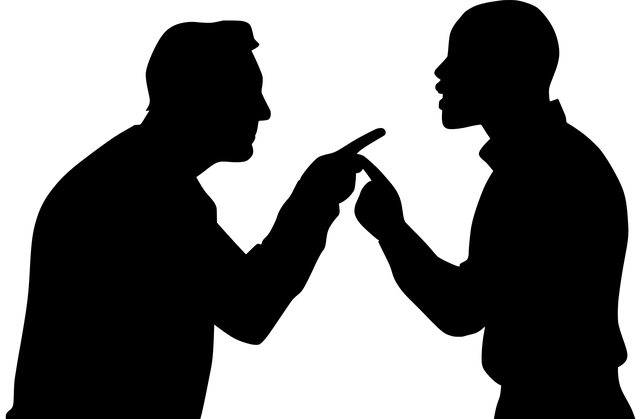 When people are wronged, they commonly react in two ways. Either they react non-assertively and submissively, or they react aggressively and dominantly.

Being non-assertive means you’re passive about your situation and don’t seek to remedy it in any way. Your desire to not offend others comes in the way of standing up for yourself.

Aggressiveness, on the other hand, means you devalue, put down, or even harm the other person in an attempt to stand up for your rights.

There’s a third, in-between strategy to deal with these types of situations. It’s called assertiveness, and it means standing up for your rights without hurting or offending the other person.

Assertiveness differs from aggressiveness in the following ways:

What does assertive behavior entail?

The right strategy depends on the situation

As mentioned above, there are three strategies to handle interpersonal conflicts- aggressiveness, assertiveness, and non-assertiveness. You can handle most of your conflicts well by being assertive.

However, in some situations, non-assertiveness or even aggressiveness may be viable strategies.

For example, if your boss unnecessarily criticizes your work, you may adopt the strategy of non-assertiveness if you heavily depend on your job. If you know you’re going to have a hard time finding another job.

If you’re being physically or verbally attacked, you may adopt aggressiveness to counter the situation.

Therefore, the strategy you adopt will depend on the situation. You have to estimate the risks and benefits of a strategy in a particular situation.

Why aren’t people assertive then?

Humans are social animals. We’re designed to scan our social environment to detect potential enemies and friends. In a conflict situation, this psychological mechanism takes precedence over objectively resolving an issue.

In other words, we jump to blame others when we’re wronged before we even get a chance to analyse the situation properly. This is why you’re more likely to think that a friend is ignoring you when you don’t receive a text from them than think they must be probably busy.

In psychology, this tendency is aptly called the fundamental attribution error. It’s fundamental to human nature.

When a conflict happens, many people don’t analyse the issue objectively. They don’t try to come up with a rational solution that may be acceptable to all parties. Instead, they engage in blame game.

They think other people are out to get them and, therefore, behave aggressively and defensively. This is why, if you happen to objectively criticize your boss’s work, with no intention to put them down, they may still take it personally.

The art of assertiveness

Given how people make conflicts about them and others instead of objectively analysing the situation, the art of assertiveness is all about removing people and their egos from conflicts.

When you’re trying to be assertive, convince the other person you don’t intend to blame them or put them down. In other words, you have to remove yourself and them from the problem at hand.

Convince them that your demands are reasonable and devoid of any personal grudges or hostilities. Convince them you’re not trying to compete with them, just asking for your rights.

Of course, given human proclivity to turn every conflict into a social competition, this isn’t easy to do. Hence, you don’t see many assertive people walking around. People either accept defeat passively or try to win aggressively. It’s a social competition for them in which you can only win or lose.

How to remove people from conflicts

Assertiveness often boils down to the way you speak when asking for your rights. If you calmly and politely explain your situation, the other person has no reason to think you’re being aggressive. It’s no longer about them or you and who wins or loses; it’s about the problem at hand.

If they comply, it’s not because you ‘won’ and they ‘lost’. They have to comply willingly. If they don’t, they’re bound to think you scored a point over them. That is, you made them do something they didn’t want to do.

You have to make them want to do it. Appeal to their reason. Nobody likes to be seen as unreasonable. If you convince them your demands are reasonable, you increase the odds of achieving your purpose.

Sure, people do intentionally hurt each other, but you can’t really blame a person without enough evidence. You have to leave intentions aside and work to resolve the issue. Over time, intentions will inevitably reveal themselves.

If a person doesn’t comply despite your best efforts to explain your situation and show no intention of helping you, it points to some personal hostility they may have against you.

You may then take an extreme measure such as cutting them out from your life. But initially, you need to give yourself and the other person a chance to work things out, without worrying about intentions too much.

An assertive person is not interested in quarrelling but in finding a solution that can be acceptable to all parties.

Assertive behavior requires you to remove the temptation of ascribing intentions to people, you don’t make the problem about yourself or them, and you think about the consequences of your actions. Thankfully, assertiveness skills can be learned with practice.2

When assertiveness gets mistaken for aggressiveness

You may, in your own mind, be able to successfully draw the line between assertiveness and aggressiveness, but others may not able to do so. So, while you think you’re being assertive, you may come across as aggressive.

One study showed that while assertive behavior is seen as fair, non-revengeful, and friendly, it can also be seen as unsympathetic, dominant, and aggressive.3

This is a risk you need to consider when you’re trying to behave assertively. As mentioned above, your whole task in being assertive is to convince the other party you’re not being aggressive. The above study also found that when people asserted themselves, others came up with counter-assertions.

For example, if you refuse to comply with someone’s request politely, they’ll also refuse yours politely. This is a counter-assertion.

Note how this behavior is similar to when people behave aggressively and others come up with counter-aggressions. If they throw counter-assertions at you when you’re trying to be assertive, it probably means they mistook your assertiveness for aggression.

I’d like to illustrate this with a common example.

One of the ways to be assertive is to say ‘No’. You don’t think the other person is making a fair request so you blurt out a ‘No’. This will probably have a negative effect on the other person, and they’ll think you’re being aggressive.

As I said before, people have a tendency to jump to the conclusion that others are intentionally harming them. Just saying ‘No’ with no explanation seems like you don’t want to help them. This classifies you as an enemy, a non-helper in their mind.

The way to assuage this situation is to say ‘No’ and then provide reasons for your ‘No’. By providing reasons, you’re removing yourself from the situation. You’re placing the blame not on yourself, but on your reasons.

In this case, the other person won’t blame you, but only your reasons. They’ll think you’d have helped them had it not been for your reasons.

Thinking you don’t need to give any justification for your refusal is arrogant and aggressive behavior, not recommended if you care about your relationship with this person.

There’s another subtle danger hiding in this dynamic we need to be careful of. Counter-assertions can be genuine too. The person may have good reasons to give you counter-assertions. You can be mistaken in thinking their counter-assertion was just their way of getting back at you.

Again, it’d be better for them to provide reasons for their counter-assertions if they are to remove themselves from the situation.

This is why I emphasize ignoring intentions at first when you’re trying to resolve conflicts. They’re difficult to figure out at first, but will eventually become clear.

When you say ‘No’ to someone, always give reasons to remove yourself from the equation. When you behave assertively, do your best to convince the other person you have no ulterior motives. If you don’t, they’ll surely find them.