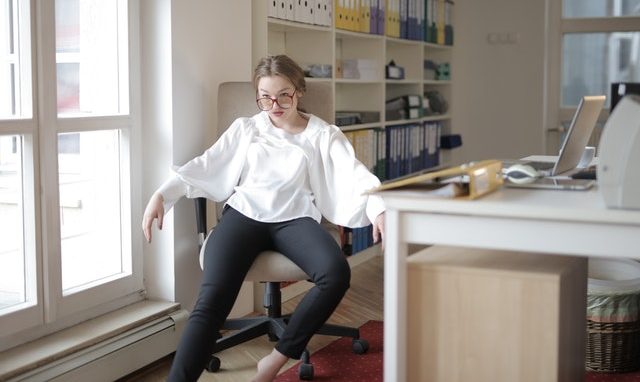 Jim was an employee at a sales company who had joined recently. He behaved normally with everyone and no one could ever label him as ‘arrogant’.

After two months- to everyone’s surprise- he started behaving in an arrogant manner. He primarily directed his arrogance toward his juniors, whom he used to treat kindly before.

What on earth made him change his attitude?

Who is an arrogant person?

Arrogance can be defined as the personality trait whereby a person has an obnoxiously elevated sense of self-worth. An arrogant person is the one who acts as if they’re superior, more worthy, and more important than others. Therefore, they tend to disrespect and put others down.

At the same time, they want admiration and respect from others. They want to be appreciated for the great things they’ve done and for their special qualities and abilities.

If you’re an arrogant person, it may be because of the following reasons…

In many cases, a person becomes arrogant when they achieve things their peers couldn’t achieve. Doing something extraordinary that no one else could do gives a tremendous boost to your self-worth.

When we find that others haven’t accomplished nearly as much, we tend to look down on them.

It’s because our subconscious mind is always comparing our life with our peers to measure our progress in the things that matter to us.

Know that just because you did something great doesn’t mean you’re a superhuman. You have some weak points too, and you know it. Know that others aren’t less worthy just because they never did what you could do.

Maybe they’re trying, maybe they’re much better than you in a lot of other things, and maybe they don’t even care about the achievements you have made.

I could go on and on giving reasons. The point is: you hardly have a reason to be arrogant and think others are unworthy even if you did something remarkable.

2) You’ve done nothing great in life

Just as doing something remarkable may lead to arrogance, so can not doing anything remarkable. I’m sure you must have heard this phrase before: “He’s achieved nothing. What is he so arrogant about?” This shows that many people who’re arrogant are also under-achievers.

Here, arrogance stems from one’s need to appear more worthy than one is to gain the acceptance of people. If someone has low self-worth, instead of building their self-worth the right way through achievements, a far easier route is to appear arrogant.

This strategy tricks other people into thinking you’re worthy. Hence, they wonder where your arrogance is coming from. Those who know you well are aware there isn’t any basis for your arrogance, they see right through you. But it can work on strangers who know next to nothing about you.

Hence, arrogance can be a conscious or unconscious strategy of people who feel unworthy to impress others, especially strangers.

3) Arrogance as a defence mechanism

Another common reason behind arrogance is that you’re trying to protect your ego and self-worth. You may behave arrogantly to hide your insecurity, inferiority, and a lack of confidence.

If you’re insecure and you fear rejection from other people, then you may behave arrogantly towards them. Arrogance, in this case, helps you to kind of reject others before they can reject you. A pre-emptive strike.

Since you already know you’re inferior, you’re worried that others will find out about it and, as a result, they won’t accept you. You’re so sure they’ll reject you that you show rejection first- before they get a chance to show it to you and hurt you.

The truth, however, is that you cared a lot about their approval and were afraid of their rejection.

This is the reason people tend to behave arrogantly with strangers and people they barely know. Friends and family members accept you, you know that. But who knows how a stranger might respond? Let’s reject them before they can reject us.

It’s so common to notice arrogant people approaching others with a frown or with a weird expression- just to show that they don’t care.

Despite what meets the eye, arrogant people care a lot about others’ approval. If they didn’t, whom would they show their arrogance to? Sometimes, arrogance may result from trying to gain attention because no other way of gaining attention has worked for you.

This is true for people who learned that being arrogant resulted in them receiving a lot of attention in the past. That’s why they became motivated to continue this behavior. (see classical and operant conditioning)

As soon as they find that their arrogance no longer brings them attention, they’ll drop this behaviour.

Signs someone is an arrogant person

Following are the signs that show someone might be arrogant. While people display some of these signs from time to time, if these are dominant in your life then there’s cause for concern.

As mentioned above, the arrogant person has an excessive need to elevate themselves above others. They keep bragging about their achievements and talk non stop about how they’re better than others.

They associate or identify with people, things, events, and places they deem worthy in an attempt to raise their self-worth.

2) Caring too much about what others think

While it’s natural for us to care about what others think, for an arrogant person it’s a matter of life and death. They may do irrational things to impress others, often seeming desperate.

Arrogant people may go to any extent to be in the good books of people they consider above themselves. Getting ignored or disapproved by these people may amount to humiliation.

Since winning is a way to raise one’s worth, arrogant people tend to be extremely competitive. Be it winning at work, relationships, or even in arguments.

Arrogant people care more about winning than about friendship. They’re constantly on the watch for opportunities to one-up their competitors.1

Since arrogant people care about competition so much, you’ll often see them disparaging others, particularly their competitors. They will blame, criticize, insult, and scapegoat their competitors to get ahead.

They’re willing to cross any line to make their competitors look bad because winning is a matter of life and death for them.

Those who’re arrogant are likely to be intellectually arrogant as well. Intellectual arrogance is the tendency in people to regard a belief as true simply because it is their own belief.2

Just as arrogant people are competitive in other domains of life, they’re also competitive when it comes to beliefs. Their beliefs are like their valuable possessions that they’re hardly willing to give up.3

People with intellectual arrogance identify with their beliefs. Their cherished beliefs contribute to their sense of self-worth. So losing them would mean losing their identity and worthiness. And arrogant people dread nothing more.

Jim, the employee I mentioned at the beginning of this article, was very hardworking. He did his work diligently and expected others, especially his seniors, to appreciate him for that. But his seniors never gave him any appreciation and ignored him.

In short, they treated him like he didn’t exist and as if his contributions amounted to very little. This obviously hurt Jim a lot, and he had to find a way to regain his lost self-worth.

So he became arrogant- not toward his seniors but toward his juniors. He knew that showing arrogance to his seniors would mean fooling himself because they didn’t care, anyway.

So he focused on the innocent juniors who sort of cared about his approval. By mistreating them, Jim regained his self-worth and felt good about himself again.