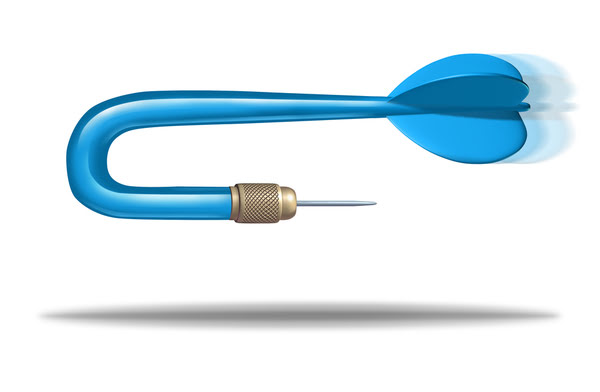 Before you learn how to talk to someone who turns things around, you must thoroughly understand the phenomenon of ‘turning things around’. There are a lot of things going on in this dynamic that need to be well understood.

In this article, I’ll break down what happens when someone turns everything around on you and why it happens. And how you can deal with this tricky situation.

Do your homework first

When you accuse someone of something, there are two possibilities:

Of course, it’s not always that simple.

There are degrees to blaming as well. You can blame someone for something more than is fair. Your blame isn’t proportionate to their fault. This is also unfair blaming. Similarly, you can under-blame, i.e., blame someone less than what they deserve.

We’re not concerned with under-blaming here, as that rarely happens. Humans tend to quickly blame unfairly by over-blaming for a minor fault or for no fault at all.

So, before you think about dealing with someone who turns your blame around on you, you have to ask yourself:

“Am I blaming unfairly or fairly?”

If you blame someone unfairly, they’re going to get hurt. Especially if you two are in a close relationship. They don’t want you to think they don’t care about you or want to hurt you. It’s natural for them to become defensive.

In an attempt to defend themselves, they might turn things around on you.

They’re doing it only because they’re hurt by your unjustified accusation. Now, they’re taking a sort of revenge by turning things around.

Their ‘turning around’ may be fair or unfair. It doesn’t matter. What matters is what started the cycle. Unless you fix your unfair blaming, the situation won’t get better.

Unless they can handle your unfair blaming well, which is rare.

When we’re stressed, things that don’t usually bother us start to bother us.

When you come home after a stressful day, it’s easy to take out that stress on your partner. A simple comment from them may anger you, but your anger is really directed toward how stressful your day was. This situation is a recipe for unfair blaming.

If you’ve accumulated a lot of resentment for your partner, your mind will actively seek opportunities to express that resentment. This can lead to unfair blaming.

Childhood trauma makes us hypervigilant about certain kinds of threats. You’re likely to detect threats from others where there are none. Past trauma makes you more likely to overreact and blame unfairly.

This requires a high degree of self-awareness. If you keep in mind the above reasons, it’ll be easy for you to understand why you’re doing what you’re doing.

The other person’s defensiveness should cue you to question your own blaming.

You blame someone fairly when you blame them in proportion to their fault. You expect them to take responsibility for their mistake and apologize. This repairs the relationship.

Some relationship experts say that there should be no blaming in a relationship. This is an impractical and idealistic idea. When we care about people, their actions affect us. If they hurt us intentionally or unintentionally, we’re going to blame them.

And that’s okay as long as it is fair blaming.

In an unhealthy relationship, the usual response to fair blaming is blame-shifting. The accused partner doesn’t want to admit they’re wrong and turns everything around.

This creates a lot of problems.

When your partner turns around your fair blame back on you, it detracts from the issue at hand, which is that you felt hurt.

It doesn’t matter if your partner’s ‘turning around’ is fair or unfair. They’re turning it into a blame game. You blame them back, perhaps more firmly this time, and a full-blown conflict ensues.

To understand why the other person isn’t taking responsibility, you must see things from their perspective. What’s going on in their head?

Here are a few possibilities:

It’s possible that they simply can’t see how they’re wrong. They don’t have enough awareness and intelligence to understand what they did wrong and why it affected you. If this is the case, they’ll see your fair blaming as unfair and turn things around on you.

It’s common for insecure people not to admit they’re wrong. They know they’re wrong but won’t acknowledge it because it makes them look bad. All they’re doing by turning things around is protecting their pride.

They’re more interested in ‘winning’ the argument than reaching a mutual understanding.

It can be hard to help someone with a fragile ego see reality clearly.

Narcissists, Gaslighters, and other abusers use blame-shifting to get the upper hand in the relationship. Their goal is to put you down and destroy your self-esteem.

If they’re stressed, or you triggered their trauma somehow, they’ll get into defense mode and turn things around on you. They’ll completely misinterpret what you say and start fighting an enemy of their mind’s creation.

People can be so wound up in their past that it can be challenging to get through to them.

Talking to someone who turns everything around

The most important thing is understanding why they’re doing what they’re doing. If you just try seeing things from their perspective, you give yourself a chance to deal with the situation appropriately.

Still, here are a few ways to deal with this situation:

When you sense they’re turning things around on you, give yourself time to process the situation.

Listening to someone turning things around on you patiently can be challenging. Sometimes that’s the best thing you can do.

By listening to them, you validate their version of reality and how they see things. You don’t have to accept their blame. Just consider the possibility of things being the way they see them.

When they see you doing that, they’ll want to reciprocate when you put forward your version of reality.

How you do it matters.

When they’re done turning things around on you, frame your version of reality as a question:

“Okay. I understand what you’re trying to say. Is it possible that [your version]?”

Even if you blame someone fairly, how you blame them matters. Maybe your fair blaming came across as unfair or hurtful.

You may want to turn your spear of a blame into a cotton ball.

You can blame someone fairly, calmly, and assertively, even if you’re hurting badly.