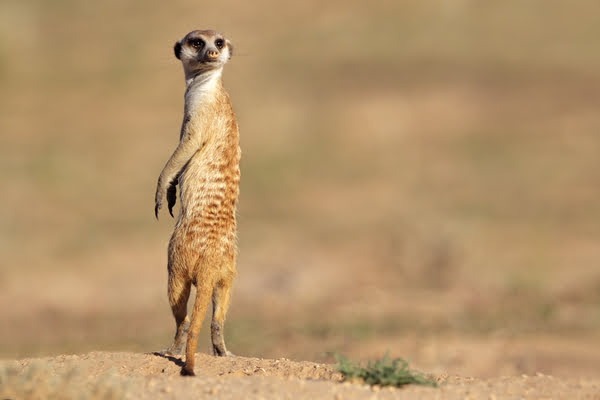 Hypervigilance is derived from the Greek ‘hyper’, meaning ‘over’, and Latin ‘vigilantia’, meaning ‘wakefulness’.

Hypervigilance and anxiety go hand in hand. Anxiety stems from being unprepared for an impending threat. Hypervigilance is also one of the symptoms of PTSD- a condition resulting from a past threat.

Hypervigilance is a biological response to stress or danger. When an organism is threatened, its nervous system tries to protect it by inducing a state of hypervigilance.

Hypervigilance is thus a survival response that enables an organism to scan its environment for threats. If an animal isn’t alerted by the presence of a predator, it’s more likely to get eaten.

The hypervigilant state can be temporary or chronic.

We’ve all experienced a temporary hypervigilant state after watching a horror movie or listening to a ghost story. The movie and the story scare us into a state of temporary hyper-alertness.

We scan our environments for ghosts and sometimes mistake a coat in the closet for a ghost.

The same thing happens when someone gets bitten by a snake and then mistakes a piece of rope for a snake.

People who’ve seen the horrors of war and natural disasters or have been abused have a baseline level of hypervigilance and anxiety constantly running in the background.

It’s like a tab on your computer that you can’t close.

Hypervigilance can manifest uniquely in a person based on what their mind learned is dangerous in the past.

Hypervigilant people have a lower threshold for threat detection compared to normal people, as shown in the chart below:

Depending on the situation, hypervigilance can be either good or bad. Hypervigilant people often experience problems in their careers and relationships. They tend to overreact, seeing threats where there are none. Others feel they have to walk on eggshells around them.

At the same time, hypervigilance can be a superpower. Hypervigilant people can detect threats that ordinary people tend to miss.

This test consists of 25 items on a 4-point scale ranging from Never to Very often. It gives you an idea of your hypervigilance level. When you attempt the test, ensure you’ve not been in a threatening situation recently that may skew the results.

Your results only appear to you and are not stored in our database.